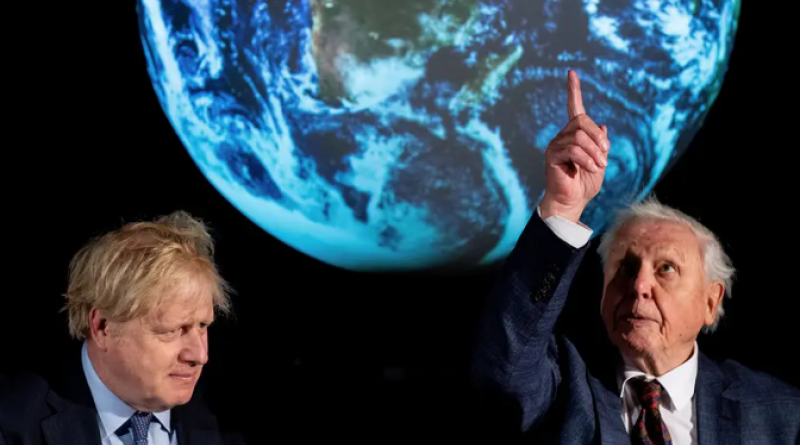 Government insists delayed summit will still go ahead, in person.

Activists united over the urgent need to address the climate crisis before it is too late are divided over whether Cop26 should go ahead if that means online only.

The already once-delayed summit, due to be held in Scotland in the autumn, may again have to be postponed for another year, according to reports.

The government insists it is planning for the conference to go ahead, in person. A spokesperson said on Wednesday: “We are not looking to postpone the summit. We are working on the basis of Cop26 being held in person this November, while closely monitoring the Covid situation.”

The already-overdue Cop26 talks will be a key moment in getting the world on track for limiting global warming to 1.5C above pre-industrial levels by the end of the century, which is the aspirational target of the Paris Agreement.

For some, the date is more important than the format.

Jonathan Bartley, Green Party co-leader, said: “The government still doesn’t seem to have grasped the meaning of the phrase ‘climate emergency’. We have already left it 30 years too late to take urgent global action and we cannot allow the vital UN Cop26 to be delayed again.

“We appreciate how important face-to-face meetings are during negotiations but what is absolutely essential is that we stop delaying these vital talks and start the process of ensuring global emissions are reduced as quickly as possible.”

The government, he said, must do all it can now to ensure the talks can go ahead, “even if that means a limited number of personal meetings, with good ventilation and social distancing, combined with online meetings”.

The government is working on the basis of the Glasgow talks being held in person, under the authority of a strict Covid testing regime and with a compulsory vaccination policy for delegates.

A government spokesman toldThe Independent: “The summit team is working closely with all partners and exploring what different scenarios might mean for Cop26 and how we plan for that, whilst putting the health of the participants and the local community first.”

According to NASA, 2020 tied with 2016 for being the warmest year on record. The year’s global average temperature was 1.02C warmer than the baseline pre-industrial level.

To progress with the ambitious targets outlined in the Paris Agreement, Cop26 must go ahead this year whether in person or online, says Mark Watts, executive director at C40 Cities, an umbrella organisation representing 97 cities around the world.

He said: “We are already behind schedule – global emissions needed to peak last year but are still on the rise. International cooperation on the biggest possible scale is required to limit global heating to 1.5C. Failure to act will have truly devastating consequences for humanity.

“Cop26 is needed to ensure national governments set out in detail how they are going to reach these goals and work together to ensure the whole world is focused on achieving a green and just recovery from the Covid-19 pandemic to avert the climate crisis.”

But some are concerned that the digital divide between developed and underdeveloped countries may hinder the outcomes of talks if held virtually.

Rachel Kennerley, climate campaigner at Friends of the Earth, says: “The UN climate talks need to be fully inclusive, with equal access for all nations and civil society.

“Online participation has already proved difficult for participants from the poorest countries in the world, who have been marginalised, and digital negotiations would lack transparency.

“This is why even though a delay is undesirable given the climate emergency the talks are meant to address, postponing is the least-worst option compared to knowingly excluding the voices that need to be heard the most.”

For some in Extinction Rebellion, who have staged protests around the world this week against the financing of fossil fuels by banks, the whole premise of Cop26 is flawed.

Nuala Lam, a member of XR, says: “With Cop26, the clue is in the name. It is number 26 and it has not changed the deadly trajectory we are on after 25 years of these meetings.

“Obviously, something needs to change – the global community coming together to solve this needs to happen, but we don’t place much faith in the Cop process because, so far, it has failed.”