Climate change talk has been around for 30 years. Where's the action? 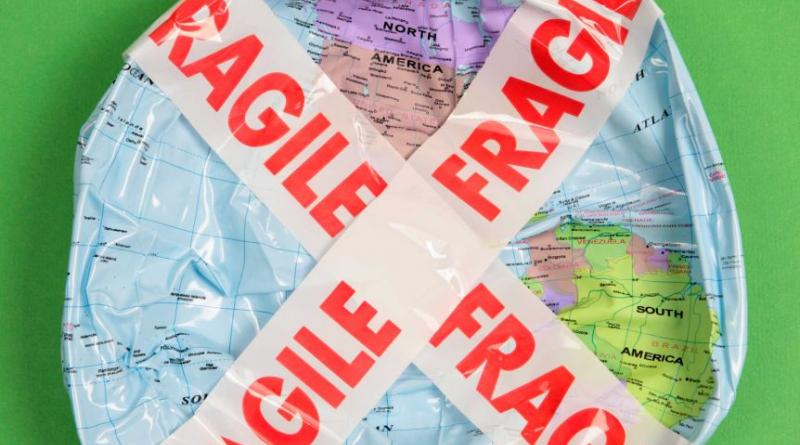 I was a week or so from finishing my journalism course and — how times have changed — I'd already been offered a job.

That's what would have been occupying my time — along with my girlfriend and my friends and going out. I definitely wouldn't have been thinking about climate change.

But some people were. Because on June 23, 1988, James Hansen, a climate scientist at NASA, appeared before a US Senate hearing with a warning for the world.

Essentially, he said three things: that Earth was the warmest it had been since records began; that the increase in temperature was due to the greenhouse effect; and that the effect of this global warming was that extreme weather events were more likely.

If you'd been paying attention through the 1980s, this wasn't a gigantic surprise.

Hansen and others had been publishing research in the scientific journals through the decade, and the news media often picked up on it.

In the background, the beginnings of the Intergovernmental Panel on Climate Change (IPCC) had started to come together in 1985 and it was formally launched in 1988.

But with Hansen's testimony, climate change and global warming became a thing.

'The balance of evidence'

The IPCC's first assessment report came out in 1990.

I was a reporter for Radio New Zealand by then and sort of aware of it — but I was also in my mid-20s, and very self-involved.

If you go back to that first report, it's not exactly 'the sky is falling' territory — it's cautious. The story was about what might happen in the future, in the next century.

To a young man, even one with a science degree, it seemed interesting rather than compelling — after all, the next century was a long way off.

That's when the IPCC's second assessment report came out, right at the end of the year.

The language was more certain. The report used a key phrase: "the balance of evidence suggests a discernible human influence on global climate."

It doesn't sound like much, does it? But it was enough for me.

By then I was in London, at BBC Radio's Science Unit, and I understood how careful scientists tend to be.

Their method, of only accepting that something is true when you cannot prove that it's not, means their work proceeds in increments and may well be contested.

They're not ones for shouty certainty. So that line, "the balance of evidence", was the equivalent of ringing a bell.

That's when I had my moment of realisation — that climate change was happening and that we needed to do something about it.

With that realisation came another: governments are full of smart people.

I was confident that governments would begin to get serious about it, that they would find ways of reducing the emission of greenhouse gases and prevent a serious rise in temperatures. That's how smart I was.

Over the next few years I had a lot on. I got married, came home, started a new life in Sydney and became a father.

I also grew increasingly bewildered as governments, especially our government, did little or nothing to reduce emissions.

In 2001, the IPCC released its third assessment report. This one was more certain and spelt out the consequences of climate change this century.

Unfortunately it came out nine days after September 11 and disappeared completely.

Over the next few years, something else became apparent.

It wasn't just that the government wasn't acting on climate change — increasingly, there was pushback against the science.

Despite a consensus in the scientific literature, it was challenged in the public space and mainstream media.

Or, new research from this person says global warming is greatly exaggerated, or perhaps not even a thing.

To my dismay, the broadcast media, including the ABC, began to do the same by 'balancing' their stories and interviews, giving the same airtime to a climate change denier, as it did to a climate scientist.

I got why this was happening. For the news media, a story is always better if there's a fight in it, two sides with different points of view.

For broadcasters in particular, 'balance' has been integral to how it's done.

But with the denier often going unchallenged, 'balance' was often hiding journalists' lack of scientific literacy, and sometimes basic numeracy.

If journalism's job is to inform the public, and it is, this was a fail.

In the middle of all this, the Millennium Drought, the Stern Review and Al Gore's An Inconvenient Truth meant the planets aligned to make climate change something people cared about.

For more than two years I thought he and then-environment minister Penny Wong were going to get emissions trading to happen.

When he abandoned it, I wrote a furious letter to my then-MP, Maxine McKew. I never heard back.

The carbon tax that came out of the deal between Julia Gillard and Bob Brown always felt second best to an ETS and much easier to reverse. So it proved.

Tony Abbott made 'axe the tax' one of his effective three-word slogans and was true to his word in 2014. I despaired.

And then things got worse.

Since 2015, the world has seen its five hottest years on record. Much of the eastern part of the country has been gripped by drought.

A few summers ago, fires burnt parts of alpine Tasmania that hadn't burnt in a thousand years. Last year was the hottest year in Australia since records began — and we had the biggest bushfires in history.

All this has taken is around 1 degree of global warming, nearly all of it since the 1950s. In Australia, it's a bit more than 1 degree.

Scientists have warned us repeatedly about the dangers of 2 degrees of warming — but at the moment, we're heading for more than that.

Reading that phrase underlines the problem.

Two degrees doesn't seem alarming, it sounds like very little. But it's a lot.

Much of the northern hemisphere was covered by ice and our oceans were around 100 metres lower than they are now.

On average, the temperature was around 4 degrees cooler than it was 100 years ago. Four degrees, that's all it took.

If we have another 3 degrees of warming, much of the planet would become uninhabitable.

And if we don't change, that's where we're going.

Climate change is much bigger, much more of a threat and much harder to deal with than coronavirus.

Scientists have spelt out this out repeatedly for 30 years, and environmental groups have championed the cause. But both made mistakes.

For too long, scientists believed that the facts spoke for themselves, that all they had to do was get them out there. And the NGOs had a tendency come across as self-righteous, or guilt-trippy.

I was already on board — with me they were preaching to the choir — but I don't think they pulled in enough other people.

But here we are. After years of drought at home, and increasingly extreme weather all over the world, polling shows that most of us get it enough to think climate change is a problem and that we should do something about it.

And yet we've done very little. I want to know why. That's why I've made this series.

But part of it turns out to be you and me — our own psychology, the stuff that makes us human, means acting on climate change is hard to do.

Not that it can't be done — and there is hope. We'll get to that too. I hope you'll join me for Hot Mess.

Richard Aedy has been a journalist for more than 30 years. He's been concerned about climate change for most of that time. He's been at Radio National since 1998.

A moment of reckoning - when coronavirus meets climate change.