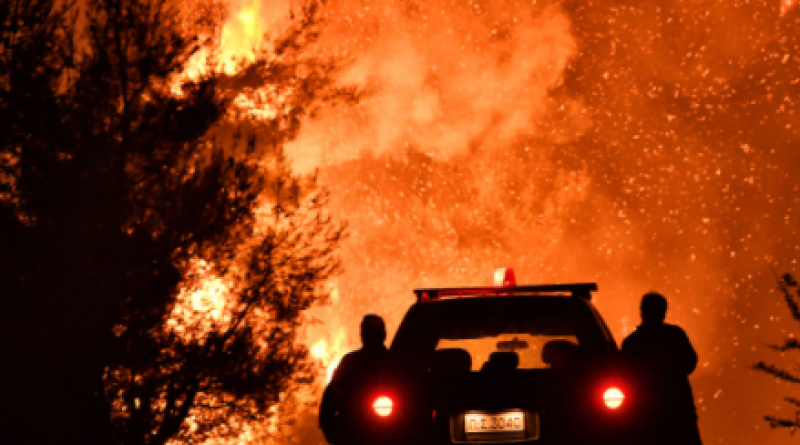 Temperatures across the continent were 1.9C above average, when compared to annual temperatures from 1981 to 2010, a report found.

All five of Europe’s hottest years on record have occurred since 2014, added the findings, which come from the 31st State of the Climate report, published by the American Meteorological Society.

The report also found that 2020 was among the three hottest years on record globally.

Dr Robert Dunn, a Met Office scientist who was the lead editor for the global climate chapter of the report, said: “This report adds to all the other evidence that human-induced climate change is affecting every part of the globe, but not all regions are experiencing the change at the same rate.

“The Arctic is continuing to warm at a faster pace than lower latitudes, but Europe’s annual average temperature is also increasing quite rapidly.”

The data found that average temperatures over land areas in the Arctic region last year were the highest since records began 121 years ago.

The report, from more than 530 scientists from over 60 countries, also noted that CO2 emissions from Arctic wildfires were at their highest since records began in 2003.

In addition, the proportion of global land area experiencing extreme drought in 2020 was the third highest since 1950, while only 16 per cent of the ocean surface did not experience a marine heatwave.

Atmospheric concentrations of the three major greenhouse gas emissions – CO2, methane and nitrous oxide – also continued to climb to new record levels, with the annual increase in methane being the highest since the reports began in the 1980s.

The report comes shortly after the publication of a landmark report from the Intergovernmental Panel on Climate Change (IPCC), which found “unequivocal” evidence that humans are behind global heating.

“This report follows closely on the latest IPCC report which could not be clearer in its messaging – our climate has changed and is likely to continue changing unless the key driver, greenhouse gases, are curbed, and what we’re seeing now is already straining our society and our environment,” said Dr Kate Willett, a Met Office scientist who co-edited the report’s global climate chapter.

The report does not cover 2021, which has seen the run of record-breaking climate extremes continue.

Earlier this month, temperatures on the Italian island of Sicily reached 48.8C amid a blistering heatwave sweeping much of southern Europe and northern Africa.

If verified by the World Meteorological Organization (WMO), this would be the hottest temperature ever recorded in Europe.

A rapid analysis published on Monday found that the record rains behind Europe’s floods were made between 1.2 and nine times more likely by the climate crisis.

Prof Richard Betts, head of climate impacts research at the Met Office and University of Exeter, told The Independent: “Our heating of the global climate is now having very clear impacts, making heavy rain and drought more likely or severe in many parts of the world, increasing the risks of flooding and wildfire.

“These weather hazards will continue to increase if we continue to add greenhouse gases to the atmosphere through burning fossil fuels and deforestation.”

July 2021 officially the hottest month ever recorded on Earth