Climate crisis likely to fuel conflicts over water and migration, US analyses say 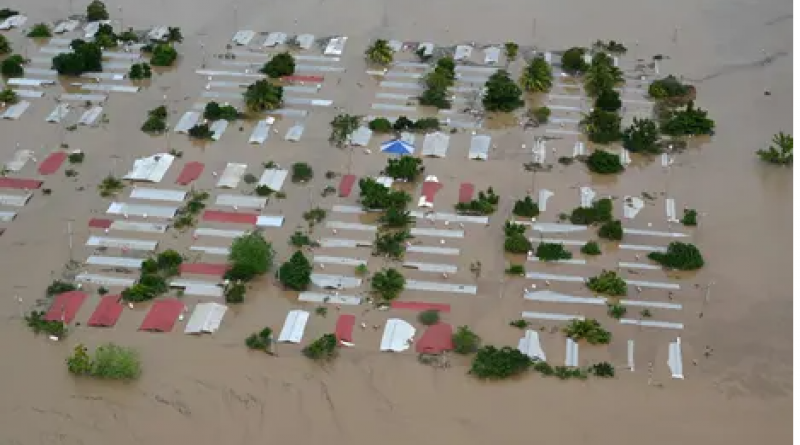 The climate crisis is likely to intensify cross-border clashes, aggravate conflicts over water and migration and cause instability, especially in developing countries, in ways that could threaten global security, the Biden administration warned on Thursday.

A clutch of simultaneously released reports by the White House, the US intelligence community and the Department of Defense paint a grim picture of the raft of security and humanitarian disasters that could strike at once as climate disaster continues to set in.

They warn that rising temperatures and extreme physical effects are likely to lead to conflicts over water and to the displacement of tens of millions of people over the next 30 years, including within the US where sea-level rise, drought and wildfires already menace communities.

In one of the more ominous forebodings, US intelligence predicts that new disputes could erupt between countries that seek to protect themselves unilaterally by deploying a strategy known as large-scale solar geoengineering.

Should a country conclude that international efforts to limit the global temperature increase to 1.5C over pre-industrial levels had failed, it might turn to its own use of geoengineering – an attempt to cool the planet by reflecting solar rays back to space through the injection of stratospheric aerosols or other risky techniques.

“Without an international agreement on these technologies, we assess that such a unilateral effort probably would cause blowback,” the intelligence report said.

It added that such large-scale geoengineering could be disruptive internationally by distorting the Earth’s biosphere, leading in turn to changed weather patterns that could have adverse effects in some regions.

“Depending on the scale and location of deployment, it could change weather systems in the United States,” the report warned.

The three reports from the National Intelligence Estimate, the Pentagon and the White House were commissioned by Joe Biden in February when he asked his national security adviser, Jake Sullivan, to look into options for how to deal with increased migration as a result of the climate crisis.

The move comes as world leaders prepare to meet for crucial UN climate talks in Scotland later this month.

Among the trilogy of reports is the Biden administration’s first national intelligence estimate (NIE) on the climate crisis.

The estimate warns that as the extreme physical impacts of rising temperatures and sea levels speed up, they are likely to “exacerbate cross-border geopolitical flash points as states take steps to secure their interests … Geopolitical tensions are likely to grow as countries increasingly argue about how to accelerate the reductions in net greenhouse gas emissions”.

The worst effects are likely to be concentrated in developing countries least able to cope. As a result instability and internal conflicts could set in, the estimate said.

“The United States and partners face costly challenges that will become more difficult to manage without concerted effort to reduce emissions and cap warming.”

The White House report focuses on what it predicts will be the “tens of millions of people likely to be displaced over the next two to three decades due in large measure to climate change impacts”.

Already, more than 21 million people were forcibly displaced each year between 2008 and 2016 by weather-related hazards, and the manifestation of that vast human movement is likely to be increasingly cross-border.

The potential political and military fallout could also pose a threat to the US, the reports also warn. US allies could be destabilized by migration emanating from the climate crisis, while adversaries such as China and Russia could exploit the moment and “seek to gain influence by providing direct support to impacted countries grappling with political unrest related to migration”.

The Pentagon report makes a special case of the Indo-Pacific region. Rising sea levels and extreme weather could put US “warfighting infrastructure” at risk, for instance in Guam, the Marshall Islands and Palau where the US has a significant military presence.