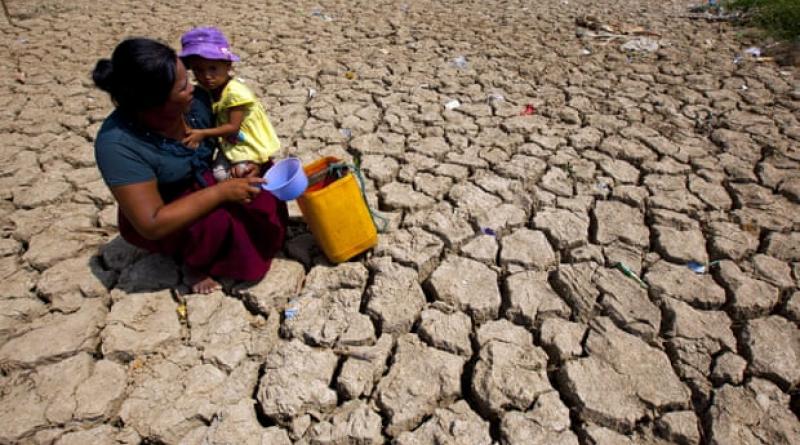 The climate crisis will determine the lifelong health of today’s children, doctors have warned, noting that global heating was already causing harm.

Children are especially vulnerable and the global team of researchers say rising temperatures mean the bacteria causing deadly diarrhoea will thrive while poorer crop yields could lead to more malnutrition.

The annual Lancet Countdown on Health and Climate Change tracks the impacts of global heating on health. As well as children, older people are particularly vulnerable to heatwaves since they are less able to regulate their temperature and fluid balance.

The authors found that 220 million more people over 65 were exposed to heatwaves in 2018 compared with 2000. Europe, the report said, was especially at risk, due to its high number of older citizens living in large, hot, cities.

The 2019 report, coinciding with wildfires raging in Australia, also found that human exposure to fires had doubled since 2000. Wildfires not only cause deaths and health damage but had significant economic and social impacts.

Hugh Montgomery, a professor at University College London, who is co-chair of the Lancet Countdown, said: “Our children recognise the climate emergency, and demand action to protect them. We must listen, and respond. This year the accelerating impacts of climate change have become clearer than ever. The highest recorded temperatures in western Europe, and wildfires in Siberia, Queensland, and California triggered asthma, respiratory infections and heatstroke.”

Nick Watts, executive director of the Lancet Countdown, said: “Children’s bodies and immune systems are still developing, leaving them more susceptible to disease and environmental pollutants. The damage done in early childhood lasts a lifetime. Without immediate action from all countries climate change will come to define the health of an entire generation.”

The report is produced by 120 experts from 35 institutions, including the World Health Organisation, World Bank, and Yale and Tsinghua universities.

The study tracks 41 indicators including the spread of infectious diseases. It was found that, spurred on by global heating, the ability of dengue fever to be transmitted by mosquitoes in 2017 was at the second highest level recorded since 1950, while nine of the 10 most suitable years for transmission had happened since 2000. “Dengue is the most rapidly expanding infection around the world,” said Watts. “It is called breakbone fever because it is incredibly painful.”

The report also found 2018 was the second most suitable year on record for the spread of the cholera bacteria, which cause much of the diarrhoeal disease and wound infections around the globe. Watts said the first native cases of tick-borne encephalitis in the UK were recorded in October. “This is a disease we know is moving as a result of climate change.”

The report said infants were worst hit by malnutrition, and that, as temperatures have risen, the capability of many cereal crops to deliver full yields has fallen in the last 30 years.

The report examined people’s exposure to wildfires for the first time. “At a global level, there is an increasing exposure,” said Elizabeth Robinson, a co-author and professor at the University of Reading. (Other research had notrecorded a growth in numbers of wildfires.)

Coal-fired power plants should be phased out worldwide and travel shifted to public transport and cycling, the report also said. Robinson said urgent action was needed to cut agricultural emissions by humans eating seasonal plant-based diets. The report found the greenhouse gas emissions from livestock in the UK were equivalent to 40% of emissions from the power sector.

Robinson said the technology existed to tackle climate change and that action made sense economically, even just on health grounds, particularly as the air pollution from fossil fuel burning cost trillions of dollars. The choices today were “entirely political”, she said.

Stella Hartinger, of Cayetano Heredia University, in Peru, and a Lancet Countdown author, said: “The path that the world chooses today will irreversibly mark our children’s futures. We must listen to the millions of young people who have led the wave of school strikes for urgent action.”

New WHO report calls for more research into microplastics to determine health risks.

Inequality and climate change: the perfect storm threatening the health of Australia's poorest.