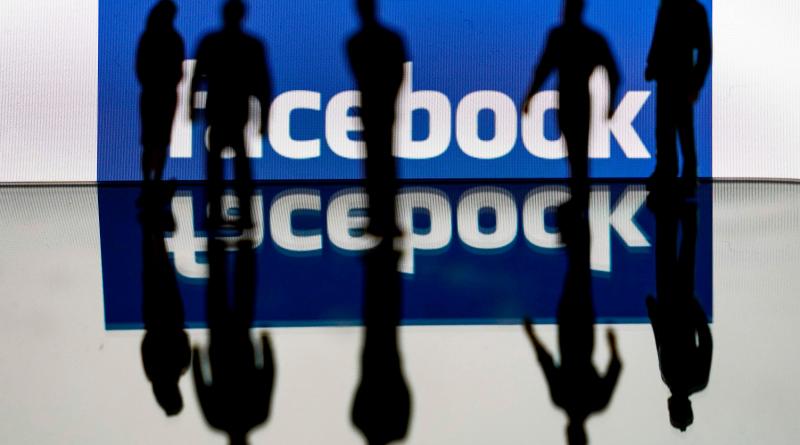 The ads were mostly seen by men over the age of 55 in rural parts of the US, particularly Texas and Wyoming.

Groups with “opaque” finances are continuing to sow confusion and mistrust on Facebook about the climate crisis - despite promises by the social media giant to tackle misinformation, a new report has found.

In the first six months of this year, 51 climate science disinformation ads on Facebook received 8 million views in the US, according to analysis published on Thursday by non-profit think tank InfluenceMap.

The report found that of the 51 ads, only one had been actively removed by Facebook while the rest were allowed to run for their “scheduled lifetime”.

Two ads, both from conservative nonprofit PragerU, went up on 23 January and ran to 1 October - two weeks after Facebook announced its Climate Science Information Center, a dedicated space for facts and figures from reputable source as part of the network “stepping up the fight against climate change” .

The ad was titled, “Make no doubt about it: The hysteria over climate change is to sell you Big Government Control.”

According to the network’s policies, it “prohibits ads that include claims debunked by third-party fact checkers…

"Advertisers that repeatedly post information deemed to be false may have restrictions placed on their ability to advertise on Facebook.”

The former presidential candidate has been one of the most outspoken critics in Congress of Big Tech. During the primaries she called for breaking up the tech giants and along with Democratic colleagues, has signaled she would overhaul antitrust legislation.

Senator Warren added: “We have repeatedly asked Facebook to close the loopholes that allow misinformation to run rampant on its platform, but its leadership would rather make a quick buck while our planet burns, sea levels rise, and communities – disproportionately Black and Brown – suffer. Facebook must be held accountable for its role in the climate crisis.”

In an email to The Independent, a Facebook company spokesperson said: "We prohibit ads that include claims debunked by third-party fact checkers and we are investigating the findings of this report. We work to reduce the spread of climate misinformation on Facebook and we recently launched a Climate Science Information Centre to connect people with factual information from the world’s leading climate organizations.”

The new study found that the ads were mostly seen by men over the age of 55 in rural parts of the US, particularly in Texas and Wyoming.

They were distributed to more men than women, across all age groups, the researchers discovered by using publicly-available data on Facebook’s Ad Library (Google and Twitter do not disclose the same data on climate ads).

The messages appeared tweaked for each audience. When an ad was directed to someone over-55, it misinformed on the “causes of climate change and credibility of the science”. For the 18-34 age group, ads contested the future impacts of climate change.

The report found that the ad campaigns were being created by conservative non-profits, using “funding from donor-advised trusts, which allows them to hide the source of income”.

The nine conservative non-profits identified spent a total of $42,000 on the 51 disinformation ads, according to the findings.

Collectively the groups have a total revenue of $68 million per year, InfluenceMap said.

The most common misinformation play was to “attack the credibility of climate science and the UN’s expert Intergovernmental Panel on Climate Change (IPCC)”, and deny the consensus on the climate crisis. That is, that 97 per cent or more of climate scientists agree: climate-warming trends over the past century are extremely likely due to human activities.

Sheldon Whitehouse, Senator for Rhode Island, had joined Senator Warren in calling on Facebook to close loopholes that allowed disinformation to proliferate.

The report was unable to establish why Facebook allowed the ads to run but suggested that advertisers may be exploiting the company’s policy which permits “individual expression, opinions and debate.”

Bill Weihl, former Director of Sustainability, Facebook, and Founder of NGO ClimateVoice, said: “Calling out the climate misinformation issue on Facebook is crucial because the company's limited attempts to deal with the problem are failing to keep pace with powerful tactics like micro-targeting.

"It's yet another attempt by Facebook to say 'we're doing some good’, when the problem continues, mostly unabated."

Nearly 1.79 billion people logged on to Facebook each day in the second quarter of 2020. The scale of Facebook’s reach means that it hauls in 59 per cent of US political digital ad revenue, InfluenceMap reported.

The study also found a further 30 ads which it did not view as climate disinformation but used “tactics to undermine public trust in climate science”.

One suggested that environmental issues were getting better with a focus on clean air and water but omitting mention of the climate crisis. The second associated “climate science with ‘leftist’ rhetoric or the claims of ‘alarmist’ campaign groups”, the study said.