As climate heats up, planners urged to look beyond history to judge risks. 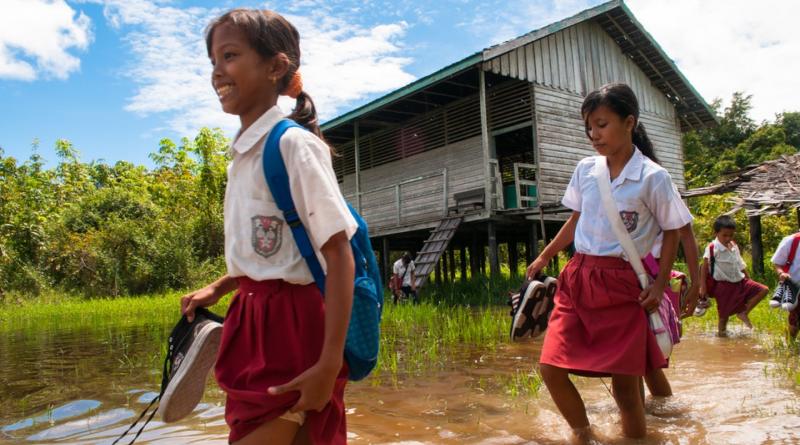 BARCELONA (Thomson Reuters Foundation) - Climate predictions based only on what has happened in the past underestimate the likelihood of extreme weather, which could leave people and infrastructure like homes and roads unprotected from global warming, a study warned on Wednesday.

The study, published in the journal Science Advances, found predictions based only on events in the preceding 45 years foresaw far fewer extremely hot and wet days than actually occurred in the northern hemisphere from 2006 to 2017 - because they did not reflect the continued influence of global warming.

The number of record-setting heat events across Europe and East Asia in 2006-2017 was more than double the median prediction based on historical observations.

The same was true for extreme wet days in the United States and Europe, while for East Asia the actual number was almost double compared with predictions from past data.

The problem is that, for decades, engineers and planners have calculated the risks of threats such as floods without working out how they might change as the planet heats up and makes extreme events more likely, said study author Noah Diffenbaugh.

“Global warming has had a really strong effect over the last decade,” said Diffenbaugh, a professor in the Department of Earth System Science at Stanford University.

“One of the main challenges in becoming more resilient to these extremes is accurately predicting how the global warming that’s already happened has changed the odds of events that fall outside of our historical experience.”

Maarten van Aalst, director of the Red Cross Red Crescent Climate Centre, who was not involved in the study, said it confirmed the rapid rise in risk already being experienced by disaster responders at the frontlines of climate change.

Work he has been involved in also shows that, in the case of recent heatwaves in Europe and Australia, heat extremes are increasing much faster in reality than climate models predict.

“This is an important reminder that we are not only facing a predictable rise in extremes, but also rising uncertainty,” he said in emailed comments.

The Stanford study noted historical climate observations are widely used to make risk management decisions on everything from water resources to supply chain management, disaster relief and insurance - even though the need to factor in climate change has been known for years.

“It has been challenging to move away from the techniques based on historical observations,” Diffenbaugh said.

That is partly because broad climate models tend to work less well when applied to particular locations, he told the Thomson Reuters Foundation.

But at the regional level, combining climate modeling with historical data resulted in relatively accurate predictions of weather extremes, the study showed.

As intensifying wildfires, heatwaves and floods happen more often, and sea levels rise, at least some governments and other bodies are showing interest in incorporating projections of future climate change into infrastructure planning, Diffenbaugh added.

In 2018, for example, California passed a bill setting up a “Climate-Safe Infrastructure Working Group” to develop recommendations for the state on how to build and design more robust infrastructure in the face of growing climate extremes.

A waterfront roadway, for instance, could be designed so it could be moved or raised in line with increases in sea level and floods, or nearby green space expanded to absorb more water.

Van Aalst said the rise in extreme weather has led to major disasters partly because other risk factors also are increasing, such as more people and assets becoming exposed to heatwaves and floods in expanding cities, or more elderly people living alone.

“The flipside is that we can do something about it,” he said. “Rising extremes do not have to lead to rising disasters if we tackle these other risk factors.”