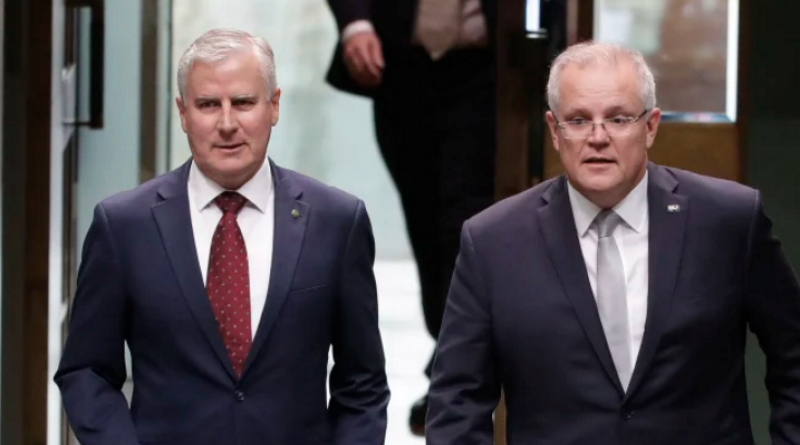 One of the greatest frustrations as a scientist is to see interpretations of data misrepresented by politicians. Unfortunately in Australia, much of this bluster has come from the far-right side of conservatives, part of our broad church, whose members have traditionally prided themselves on prudence and level-headedness.

I am a solar photovoltaic scientist and engineer of more than 20 years' experience and a director of Coalition for Conservation, a movement of grassroots conservative Coalition members who support greater action on climate change, and I have heard it all: from John Howard’s comments that “solar and wind can only be useful on the margins” to Tony Abbott’s description of wind turbines as “dark satanic mills".

Sadly, last Friday, Scott Morrison and Michael McCormack were at it again, warning that increased climate action would lead to “higher taxes and higher electricity prices” and implying it was the desire only of “those in the inner city”.

Of course, this is nothing more than marketing fluff. You could be forgiven for thinking that they must have missed the memo on the record take-up of ultra-cheap solar and wind power, now generating nearly 20 per cent of Australia’s electricity supply, with more than 50 per cent renewables expected by 2030.

Reducing emissions via a transition to renewables does not lead to higher taxes and electricity prices: in an updated study on current and future generation costs by the CSIRO and the Australian Energy Market Operator, wind, solar and storage technologies are by far the cheapest form of low-carbon options for Australia, and they are likely to dominate the global energy mix in the future.

Solar plus storage is now also cheaper than coal, and getting cheaper. The cost of batteries is falling rapidly and it will drop by as much as 50 per cent over the next 10 years. A recent study by the Australian National University shows the potential of low-cost pumped hydro storage in Australia: it says there are 300 times more good-quality sites than required for 100 per cent renewables. The Snowy 2.0 pumped hydro scheme alone will allow vast quantities of renewables to be added to the grid.

It is a no-brainer that the $4 million the government is dedicating to a “feasibility study” for a 1 gigawatt “high efficiency, low emissions” coal plant in Collinsville would be better served investigating new transmission options for connecting renewable energy zones to the grid, or on feasibility studies for low-cost pumped hydro storage sites.

The truth is that coal plants are some of the most capital-intensive options on the table for power generation, especially if we factor in carbon capture technology. Due to the inferior economics, investors are increasingly avoiding coal, leaving the taxpayer to pick up the tab.

As a scientist, I need to better communicate the data, because politicians will shift their position only when the population, eyes open, demands it. I have seen progress at state level under the leadership of NSW Energy Minister Matt Kean, who is prepared to hear the scientists and has linked Australia’s bushfire crisis to climate change and worked hard to establish forward-thinking energy policies for NSW.

But at the federal level, Coalition for Conservation faces a bigger challenge. We must fight the political expediency of appealing to a voter base spooked by fossil fuel scare campaigns and the denialists in the media, while avoiding getting rolled by rogue elements within the party, those whom Malcolm Turnbull labelled “terrorists” at our Climate Conversations event on Wednesday night, “willing to blow the joint up if they don’t get their way”.

Our conservative politicians should ideally act according to conscience, free market principles and prudence. They should also seize upon the opportunity for Australia to become a renewables export powerhouse, alleviating global emissions reduction well beyond the 1.6 per cent often quoted as our share, and providing vast economic stimulus at the same time.

All of us want to leave a healthy planet for our kids to grow up on. And that should be neither a left- nor a right-wing thing.

Dr Matt Edwards is a photovoltaics scientist at the University of NSW, a director of Coalition for Conservation, and the chief executive of BlueVolt, a company bringing solar to cities and the frontlines of the climate crisis.

What is Australia doing to tackle climate change?