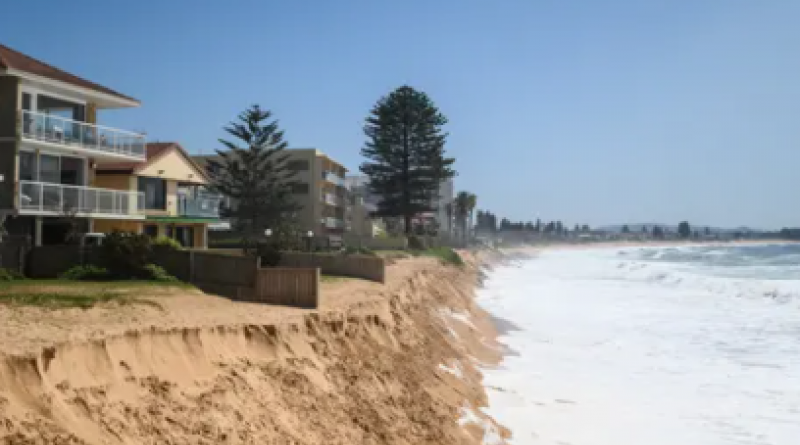 Australia will have to spend $30bn over the next half century to bolster coastal defences against the threat of rising sea levels and other global heating impacts to cope with more exposed properties becoming uninhabitable, the Insurance Council of Australia has said.

The ICA, an industry group representing insurers and reinsurers, described the funding as “modest” compared with the bill of not taking action to limit a widening “protection gap” in insurance.

Most so-called “actions of the sea” are not covered by insurance, exposing the assets of millions of people and their communities living near the coast.

These perils include tidal inundation, coastal and estuarine inundation, coastal erosion, and shoreline movement, all of which are set to worsen with sea levels rising at a pace of more than 3mm a year globally, and even faster for some parts of Australia.

“This is leaving Australian communities, properties, and critical infrastructure increasingly vulnerable,” the report prepared for the ICA by Baird Australia found. “As these events increase in frequency and intensity, a growing number of exposed properties in Australia will become uninhabitable.”

It noted a June 2016 storm that eroded beach and private land on Sydney’s northern beaches cost governments and homeowners, along a short stretch of the beach, about $25m to build a seawall to limit future erosion.

The estimated $30bn figure spending needed for large-scale coastal protection and other projects was “modest” at just 1.2% of the average yearly infrastructure spending by governments. It would deliver “significant returns” in avoided disruption to communities and the economy.

In some cases, though, mitigation efforts would not work and a “planned retreat from coastal hazard zones may be the best long-term community option”, the report said.

Insurance “protection gaps” are likely to grow in areas where perils increase, such as northern Australian regions exposed to more intense if not more frequent cyclones. Damage from such tempests can be greater from sea surges or heavy rainfall than from winds.

A joint state-federal coastal hazard information database was needed to measure and monitor “actions of the sea”. The insurance industry was also ready to assist with setting “robust land planning and building codes” to reduce risk to property holders and keep insurance premiums within reach of property holders, the report said.

A spokesperson for NSW’s Department of Planning, Industry and Environment, said that the state government was “helping councils prepare coastal management programs which will identify ways to address current and emerging coastal hazard risks”.

“We are also updating the NSW Coastal Design Guidelines, which will preserve the special qualities of the coast and inform better urban design in these communities,” the official said. “Those guidelines are expected to be shared with the community in coming weeks for feedback.”