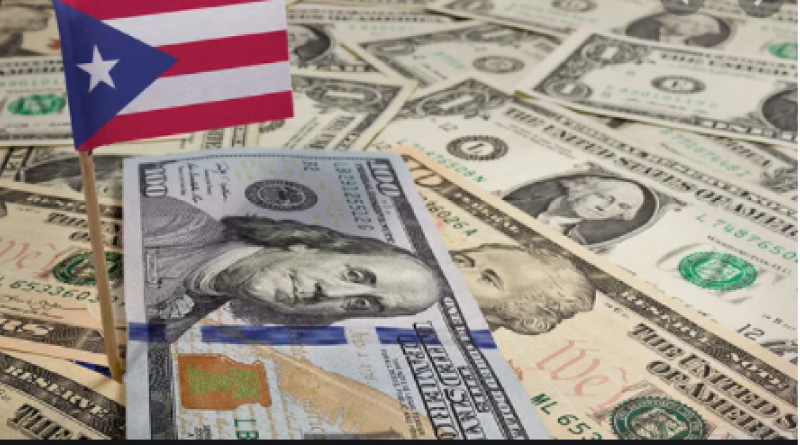 April 29, 2021 (IEEFA) ⎼ The transformation and financial restructuring of Puerto Rico’s bankrupt electric power authority have generated more than $440 million in consulting contracts during the last seven years and could cost island residents more than $1 billion before completion, according to a study released today by the Institute for Energy Economics and Financial Analysis. 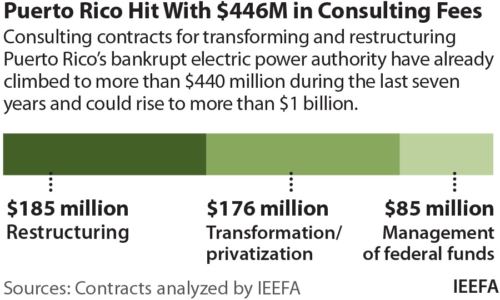 The IEEFA study found the vast majority of consultants hired to retool the commonwealth’s electrical system were based on the mainland U.S. Consultants based in Puerto Rico only accounted for $14 million, or roughly 3 percent of all contracts. A handful of the consultants charged more than $1,200 per hour for services on the island, where the median household income barely tops $20,000.

“Puerto Rico agencies and the Financial Oversight and Management Board (FOMB) frequently employ the rhetoric of savings, cost-effectiveness and prudent financial management,” said Cathy Kunkel, an IEEFA energy analyst and lead author of the report. “But not when it comes to contracts for professional services.”

During the seven years, the Puerto Rico Electric Power Authority (PREPA) and other government agencies, including the FOMB, have spent at least $440 million on consultants, with five U.S. mainland firms receiving 40 percent of the total. More than $1 of every $3 spent on contracting has gone to law firms.

An IEEFA analysis of contracts found systemic problems with the services, including:

EARLIER THIS WEEK, GOV. PEDRO PIERLUISI ISSUED AN EXECUTIVE ORDER aimed at enhancing transparency around Puerto Rican government contracts for professional services. Tom Sanzillo, IEEFA director of financial analysis and a co-author of the report, found the executive order to be “superficial and likely ineffective.” He noted that the executive order:

“At least $440 million has been spent on consulting fees, but after seven years, there’s little to show for it,” Kunkel said. “We have found a structural misalignment of incentives that have allowed off-island consultants to make fundamental decisions about the electrical system and its debt without accountability to the people of Puerto Rico.”

Bankrupt Fracking Companies Are Harming the Climate and Taxpayers.