Cop27 is in Egypt next year … but will anyone be allowed to protest? 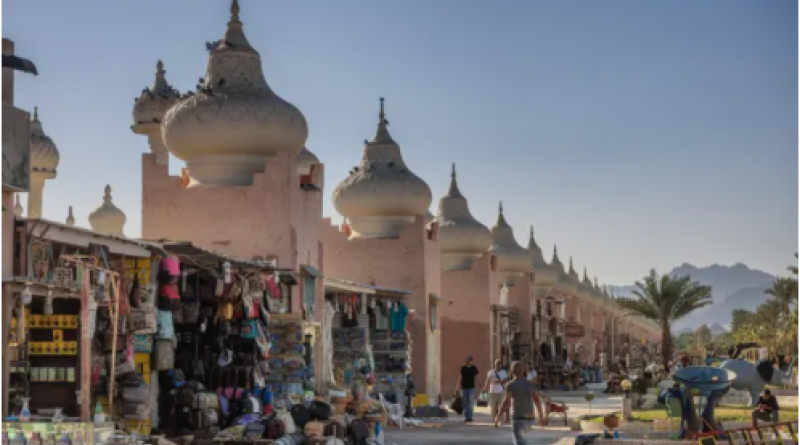 Concern is growing over plans to host a UN climate conference in Sharm el-Sheikh next year, in what will be a crucial summit if the world is to limit global heating to 1.5C.

Several green experts and human rights activists have told the Observer they fear the ability of civil society groups to protest at the summit will be curtailed by Egypt’s authoritarian regime, reducing the pressure that can be brought to bear on leaders and ministers from the nearly 200 countries expected to take part.

The Cop26 summit in Glasgow produced substantial progress on cutting greenhouse gas emissions, but the national carbon targets laid out there fell far short of the near-halving of emissions required to stay within 1.5C of pre-industrial levels. Recognising that, nations agreed to review their targets before the next annual climate “conference of the parties”, scheduled for next November.

Egypt will host Cop27, in keeping with the expectation that the next location of the Cop should be in Africa. But the choice of Egypt has caused concern. Since coming to power in a military coup in 2013, Egyptian president Abdel Fatah al-Sisi has overseen the broadest and deepest crackdown on civil rights in Egypt’s modern history. Dissent has been outlawed: the Arabic Network for Human Rights Information estimates that 65,000 political prisoners are currently inside the country’s detention system, which has grown to at least 78 major detention centres in the past decade. Critics, from politicians to people posting comments on social media or even small groups protesting against a price rise on the Cairo metro, have been detained and imprisoned on terrorism charges.

“I think that both Egypt’s political environment and its specific record of hosting conferences suggest that there’s a lot to be concerned about,” said Timothy Kaldas of the Tahrir Institute for Middle East Policy, a Washington thinktank. “Protests have been de facto outlawed while many people have been imprisoned for protesting without government permission, which is almost never granted.”

Kaldas pointed to the intimidation, surveillance and in some cases physical harassment directed towards activists when they attended the 64th session held by the African Commission on Human and Peoples’ Rights in Sharm el-Sheikh two years ago. “While hosting the Cop in the global south is vitally important, there are many better suited hosts, and the reality is that civil society from the global south who don’t have the protections that come with a passport are all the more vulnerable to harassment and intimidation than their western peers,” he said.

An Egyptian environmental activist, who asked not to be named, said that Egypt hosting the next Cop removed the necessary pressure created by activists operating outside the conference’s “blue zone”, or sanctioned area.

“That tension between civil society and governments has led to concessions and some progress,” they said. “Egypt hosting the Cop severely compromises that tension.”

The activist said that the result of Egypt’s almost decade-long ban on street protests and suppression of political organising is that civil society actors and prospective protesters visiting Egypt for the Cop will be unable to liaise with local organisations, as it would risk endangering Egyptian activists. “It’s too dangerous for that to happen unless they are directly or indirectly sanctioned by the Egyptian government,” they said.

But some international observers believe the location should give added impetus to the calls from vulnerable countries to major emerging economies, such as China, India and Russia, to toughen their emissions-cutting goals.

Bob Ward, policy director at the Grantham Institute at the London School of Economics, said: “Egypt will be a particularly appropriate host for Cop27, which should be the African Cop. The issues of climate finance, adaptation, and loss and damage should all be high on the list of priorities, and all are of particular importance to Africa, which is home to many of the most vulnerable people to the impacts of climate change.”

Bernice Lee, research director for futures at the Chatham House thinktank, also called for more emphasis on developing country concerns: “We must focus on the fact that this is a global event taking place not only in Egypt but in Africa, and we must see it as a golden opportunity to engage different African stakeholders on climate, as many of the promises made in Glasgow will be played out in developing country regions like Africa.”

However, Paul Bledsoe, a former Clinton White House climate adviser now with the Progressive Policy Institute in Washington, questioned whether Egypt would bring enough pressure to bear on countries reluctant to raise their ambition on emissions cuts: “It remains to be seen whether Egypt will be willing to finesse greater climate ambitions from historic allies such as Russia and newer funders like China.”

Op-Ed: The failure at Glasgow and what needs to happen next

COP26 climate deal: 'It won't save us from drowning'