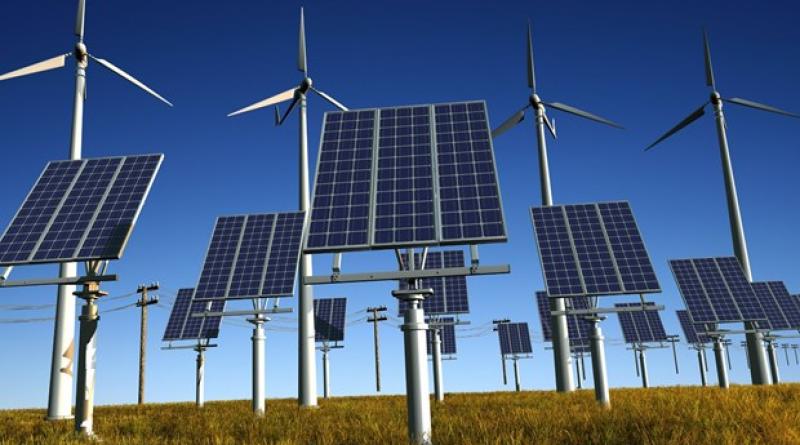 Cyprus is on target with its 2030 energy consumption targets and could meet the EU’s ambitious ‘climate neutral’ objective by 2050 if the island ends its energy isolation through gas pipelines and electricity cables, politicians argued.

Participants of the International Renewable Energy Agency forum emphasised the key role of parliaments in promoting renewable energy projects in rural and local communities, with a view to achieving the Sustainable Development Goals (SDGs) and the targets set by the Paris Agreement, as well as ensuring accountability.

Loukaides, who chairs the House Standing Committee on the Environment, said that achieving the European Union’s ambitious goals of climate neutrality by 2050 requires a transition from linear to cyclical economic models and a shift to clean technologies and energy-efficient infrastructure.

He said the EastMed natural gas pipeline, as well as the EuroAsia Interconnector and EuroAfrica Interconnector electricity interconnectors, which are projects of common interest (PCIs) will contribute immensely to lifting the country’s energy isolation.

Loukaides said these PCI projects will strengthen Cyprus’ capacity to generate electricity from renewable energy sources (RES) and it will be able to achieve its goals if it implements these projects in a timely manner.

Although the EastMed pipeline depends on the progress of offshore oil and gas exploration in the Cyprus exclusive economic zone (EEZ), the EuroAsia and EuroAfrica electricity cables are proceeding at a fast pace with an implementation date set for December 2023.

The 1000MW EuroAsia Interconnector will supply electricity from Israel to Cyprus and then to Crete and mainland Europe.

The EuroAfrica Interconnector, also with a 1000MW capacity in its first phase, will link Egypt’s vast solar parks and wind farms directly to the energy-thirsty European markets through a subsea cable to Cyprus and Greece.

Loukaides argued that as a small, isolated energy market that mainly depends on fossil fuels for its electrical energy production, Cyprus has set as its strategic priorities energy security and supply, a transition to clean energy in accordance with Commission President Ursula von der Leyen’s ‘Green Deal, establishing a free and competitive energy market and utilising RES.

However, Cyprus is at the bottom of the list when it comes to the use of renewables in transport.

The key targets in the EU’s climate framework provide for at least 32% share for renewable energy by 2030, at least 32.5% improvement in energy efficiency and at least 40% cuts in greenhouse gas emissions (from 1990 levels).

The Commission is expected to come forward with updated proposals by June 2021 to implement at least 55% net greenhouse gas emissions reduction target below 1990 levels.

Loukaides added that Cyprus is proceeding with opening up the local electricity market that could lead to cheaper and cleaner energy and emphasised that lawmakers should ensure a fair and secure energy transition by protecting vulnerable groups in society.

He said MPs ought to pressure governments to provide attractive incentives, eliminate bureaucracy and improve business and investments.

How the world’s biggest emitter could be carbon neutral by 2050.