Dead Forests Are Dangerous for the Planet — Here’s Why 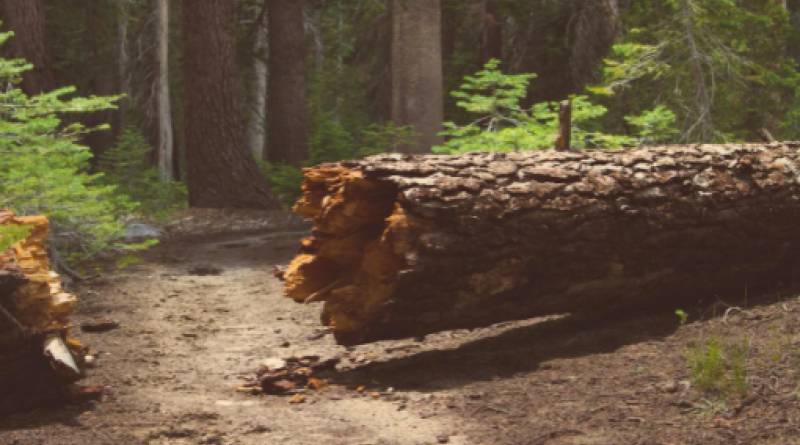 The research, published in Nature, is the first time that researchers have been able to quantify the contribution of deadwood to the global carbon cycle.

"Until now, little has been known about the role of dead trees," study co-author David Lindenmayer from The Australian National University (ANU) told SciTech Daily. "We know living trees play a vital role in absorbing carbon dioxide from the atmosphere. But up until now, we didn't know what happens when those trees decompose. It turns out, it has a massive impact."

Natural processes, including temperature and insects, drive tree decomposition, Lindenmayer said. This results in a recycling of nutrients that is critically important in forests because so many organisms that comprise the base of the food chain rely on those nutrients to survive.

This is more intense in tropical regions with high wood mass and more rapid rates of decomposition, SciTech Daily reported. Rainforests account for 93% of deadwood carbon release from around the globe, the research showed.

"We found both the rate of decomposition and the contribution of insects are highly dependent on the climate, and will increase as temperatures rise," Lindenmayer told the news report.

Critically, as global temperatures rise due to increased greenhouse gas usage, rates of decomposition and insect contribution will also rise, the scientists found.

Sebastian Seibold from the Technical University of Munich led the study. He noted another, related consequence of the climate crisis: the impending insect apocalypse.

Globally, as temperatures rise, insects have been caught in the crosshairs of climate change and development. The Guardian reported that insects have declined by 75% in the past 50 years, and that the consequences of this drastic and continuing loss of biodiversity will be "catastrophic." This is because of the many ecosystem functions that insects serve — from serving as the base of the food chain to pollinating 87% of all plant species to breaking down organic matter, the news report said. Because of this, concerned scientists have warned of the rippling effect that these dramatic losses of insects will have across the globe.

The Guardian also estimated ecosystem services provided by insects to be worth at least $57 billion a year in the U.S. alone, with actual losses being incalculable due to their sheer extremity.

"As insects become more scarce, our world will slowly grind to a halt, for it cannot function without them," the report said.

In light of the new study on deadwood and carbon release, keeping forests intact becomes an increasingly important mitigation strategy. This is an effective, low-tech way to fight climate change, unrelated studies have argued.

In sum, "this [latest] study has demonstrated that both climate change and the loss of insects have the potential to alter the decomposition of wood, and therefore, carbon and nutrient cycles worldwide," Seibold said.