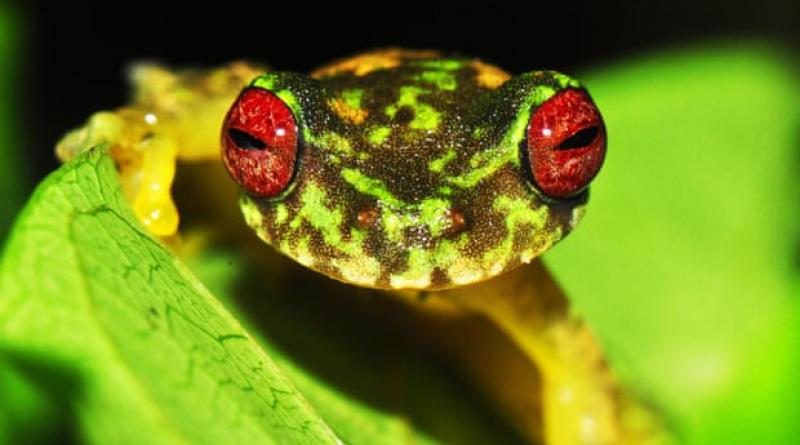 Study reveals extent of chytrid fungus and how devastating it has been for frog, toad and salamander species worldwide

A deadly disease that wiped out global populations of amphibians led to the decline of 500 species in the past 50 years, including 90 extinctions, scientists say.

A global research effort, led by the Australian National University, has for the first time quantified the worldwide impact of chytridiomycosis, or chytrid fungus, a fungal disease that eats away at the skin of amphibians.

The disease was first discovered in 1998 by researchers at James Cook University in Queensland investigating the cause of mysterious, mass amphibian deaths.

Chytridiomycosis is caused by two fungal species, both of which are likely to have originated in Asia, and their spread has been facilitated by humans through activities such as the legal and illegal pet trade.

Forty-two researchers worked on the new study, published in Science on Friday, which pinpoints the extent of the disease and how devastating it has been for frog, toad and salamander species.

They found evidence that at least 501 species had declined as a result of chytrid fungus and 90 of those were presumed or confirmed extinct.

“The results are pretty astounding” Benjamin Scheele, a research fellow at the ANU and the project’s lead researcher, said.

“We’ve known that chytrid is really bad for the better part of two decades but actually researching and quantifying those declines, that’s what this study does.”

The scientists identified declines in amphibian species in Europe, Africa, Central and South America and Australia because of the disease.

Scheele said there were no declines in Asia because species had evolved to be naturally resistant.

The impact of the disease has been hardest in Central and South America and in eastern Australia, where it flourishes in cool and moist conditions. It does not survive at temperatures above 28C.

In Australia, chytrid fungus is present in upland areas along the Great Dividing Range, down to the Otways in Victoria, and the edges of South Australia and Tasmania.

It is also found in some of the cooler mountain areas of Queensland.

Scheele said in Australia alone, there were 240 species of amphibian, 40 of which the researchers believed had suffered population declines as a result of chytrid fungus.

Seven of those 40 are believed to be extinct. One of those is the mountain mistfrog, which was last year added to a group of species the Australian government has been assessing to determine whether it should be moved to the national list of extinct wildlife.

Other species, including both the southern and northern corroboree frog, have suffered because of chytrid fungus, but large-scale captive breeding programs have worked to prevent their extinction.

“Our results place chytrid fungus among the most destructive species in Australia. We know about feral cats. Chytrid i.

The study’s authors say the research highlights the global need to take biosecurity risks to wildlife more seriously to prevent new and different lineages of chytrid fungus from spreading around the world.

“Biosecurity is targeted at threats to human health and agriculture,” Scheele said.

“We need to broaden that undertaking to also consider the environment and things that threaten plants and animals.”