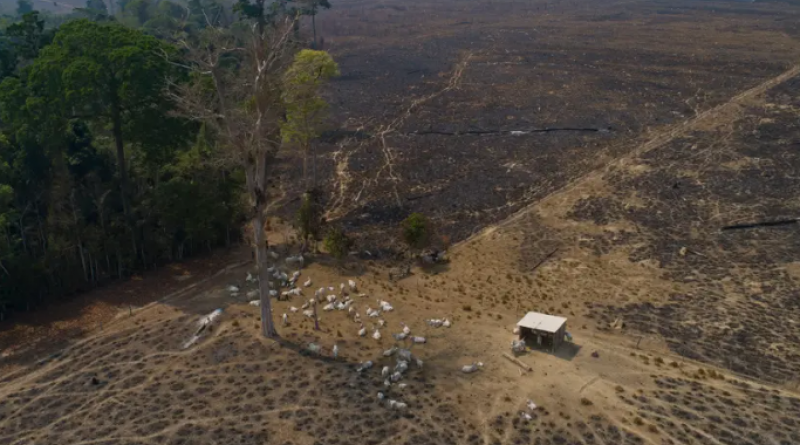 Each person living in a G7 country causes nearly four trees to be lost each year through their consumption of goods such as coffee, cocoa and meat, a new study estimates.

The research uses fine-scale data to map the global impact of international trade on the world’s forests, which act as vital carbon stores and hubs for biodiversity.

It finds that G7 countries and the emerging economies of China and India generally saw decreases in domestic deforestation between 2001 and 2015.

However, foreign deforestation linked with their imports and consumption patterns increased, the research says.

Dr Nguyen Hoang, study lead author and a senior researcher at the Research Institute for Humanity and Nature in Japan, told The Independent: “While obtaining net forest gains domestically, many major economies have mostly expanded their non-domestic deforestation footprints in all forest biomes.”

The research, published in the journal Nature Ecology and Evolution, compares fine-scale forest loss data and patterns of international trade to map how different countries are contributing to deforestation through their imports and exports.

The scientists considered all types of forest in their analysis, from northern-latitude boreal forests to carbon-rich mangroves and rainforests.

They examined the impact of the trade of goods linked to agriculture and forestry, including meat, timber, coffee, soybeans and cocoa.

The findings suggest that tropical rainforests, which store a quarter of all the carbon locked up by land, are particularly threatened by the impacts of international trade.

Many of the “hotspots” for deforestation associated with international trade are also biodiversity hotspots, the research says. Such areas include the Amazon and the forests of southeast Asia, Madagascar and Liberia.

China and India have rapidly expanded their “deforestation footprints” since the 2000s, the research says. It finds that the amount of deforestation associated with commodity imports to both countries increased by six times from 2001 to 2014.

However, on a per person basis, it is the G7 countries that are responsible for the highest levels of trade-related deforestation, the authors say.

“While China and India have been expanding their footprints most rapidly, their average tree loss per person is much less than a person in a G7 country,” said Dr Hoang.

The research estimates that, each year, consumption from an individual in a G7 country drives an average loss of around 3.9 trees.

Around 89-99 per cent of the UK’s deforestation footprint was in foreign countries in this period, the study finds.

In November, the UK government announced a new law to stop businesses from using commodities linked to illegal deforestation.

However, campaigners warned the law did not go far enough because it would not prevent companies from using products linked to legal deforestation.

Eat the Rich, Save the Planet.