Do I detect a hint of sunlight? Australia’s wineries harvest solar energy. 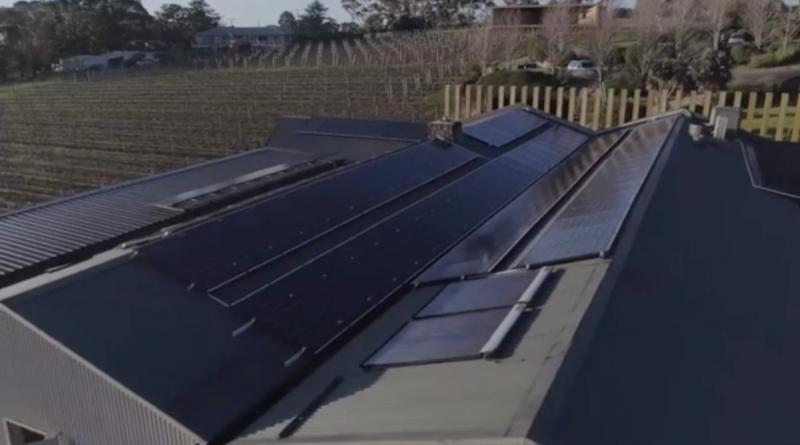 Electricity is the single biggest cost incurred in the winemaking process. Looking to save on bills, and save the environment, wineries across Australia are rapidly up-taking solar PV.

“Fill a glass with golden wine,” wrote the poet W.E. Henley, and Australian wine, no matter the varietal, is goldening by the day as the nation’s wineries turn to solar energy for their electricity.

Electricity is the single biggest cost incurred in winemaking. According to the Australian Energy Market Operator (AEMO) electricity demand costs in wineries account for over 40% of total expenditure. The South Australian Wine Industry Association (SAWIA) tells us that refrigeration consumes between 50-70% of the electricity used at a typical winery.

It is no surprise then that wineries look for any way possible to reduce this singular cost exposure. Of course, optimising refrigeration systems for efficiency and overall performance is an obvious port of call, but more obvious for wineries, who already harvest the produce of sunlight in the form of viticulture, is to utilise commercial roof space and necessarily sunny locations to save on their electricity bills with solar PV.

The Australian Wine Research Institute echoed this obvious notion as part of its key recommendations for winemakers and wineries. Along with suggestions such as night-time grape harvesting to cut refrigeration needs, the Institute recommended the embrace of alternative energy sources, particularly solar PV, in tandem with battery storage.

Though Australian wineries have been some of the earliest adopters of solar PV its popularity is still growing. Last year one of Australia’s largest wine producers, Pernod Ricard Winemakers (PRW), announced its decision to source 100% of its electricity from renewables by the end of 2019. The decision demanded a 2.8 MW solar installation project of which 1 MW has already been installed at the company’s Barossa Valley Winery.

Helen Strachan, Pernod Ricard Winemakers’ Legal and Corporate Affairs Director, reaffirmed the company’s determination to source electricity from renewable alternatives. “We are excited to be leaders in defining the future of sustainable business in a rapidly changing environment,” said Strachan.

PRW was awarded an Environmental Award by the SAWIA last month along with three other South Australian wineries for its ‘climate change mitigation’.

On the Mornington Peninsula, Paringa Estate winery took advantage of the Sustainable Australia Fund (SAF), a $200 million partnership with Bank Australia offering commercial-industrial and agricultural businesses throughout the country loan facility in order to cost-effectively upgrade their operations for environmental benefit.

“I see my energy bills here, over the last few years, have just constantly been going up…” said Paringa Estate winemaker Lindsay McCall, “We need to be looking at sustainable forms of energy and solar is one of the best ones we have.”

“There are benefits,” continued McCall, “just by customers walking down our driveway and being able to see the solar panels on the roof. It’s a good thing.”

As Australia’s wineries turn to solar PV to save on their high electricity costs, Australians themselves can be thankful that one of the country’s most notable exports is doing its bit for the energy transition. Of course, if the wineries feel like passing those savings on to the consumer, my thirsty self among them, all the better.

Water and green energy produced by a single device.

World’s largest solar farm to be built in Australia.