Do not use Ukraine war to defer climate goals, warns Mark Carney 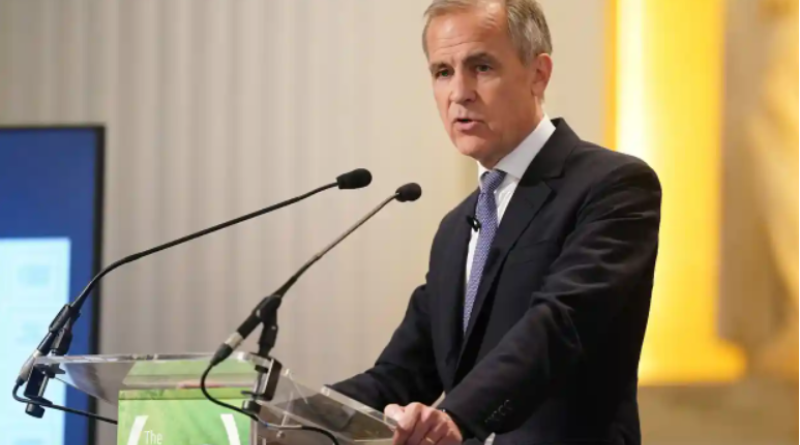 The UN climate envoy Mark Carney has warned against deferring emissions reduction targets in reaction to the energy crisis linked to the war in Ukraine, saying it will only require more “radical” action in the future.

The former Bank of England governor said he recognised the impact sanctions on Russia were having on global energy supplies and the cost of living, but added that governments could not afford to derail climate progress that could help achieve the 1.5C limit on global heating.

“European energy markets have ruptured, with negative spill overs around the globe,” Carney said in a speech at the Net Zero Delivery Summit in London.

“Households in developed economies are facing crippling energy bills, and across the developing world, the grind of energy poverty is worsening. And all the while, the climate crisis grows, building future costs that will dwarf current hardships,” he added.

Carney said efforts to find alternatives to Russian oil were resulting in higher emissions in the near-term, “and leading some … to argue to temporarily set aside our climate goals”.

“But we know the climate doesn’t care why emissions happen, only how much occur. The more we emit now, the more radical action will be needed later. We need to speed up, not slow down,” he said.

Carney stopped short of naming groups that may put climate targets under threat. However, his comments came after Conservative MPs and peers in the Net Zero Scrutiny Group tried to link the government’s climate agenda to the cost of living crisis and called for cuts to green taxes and an increase in fossil fuel production.

But any attempt to delay net zero targets – at least in the UK – would mean breaching or repealing the 2008 Climate Change Act. Under the act, British governments must set five-year carbon budgets that stretch beyond the term of the current parliament. The UK’s carbon budget, its sixth, runs to 2035.

Some companies have warned about their own ability to meet self-imposed climate targets in light of the Ukraine war. In March, Barclays said the effects of the invasion could impact its efforts to slash emissions, as it strives to achieve net-zero by 2050. Nearly 20% of shareholders subsequently rejected its climate strategy after an annual general meeting that was disrupted by activists protesting against its financing of fossil fuels.

But Carney said that, contrary to calls for a delay to climate targets, the Russian invasion should spark further investments in green energy.

“Russia’s war underscored that a resilient system needs more diversified and reliable suppliers – the price of greater security of supply in the near terms will be more stranded assets over the medium term,” he said. “Once built, clean energy systems are more affordable, efficient, resilient and reliable. No one owns the wind or the sun and hydrogen is literally everywhere.”