Doomsday Clock: 100 seconds until the end of the world. 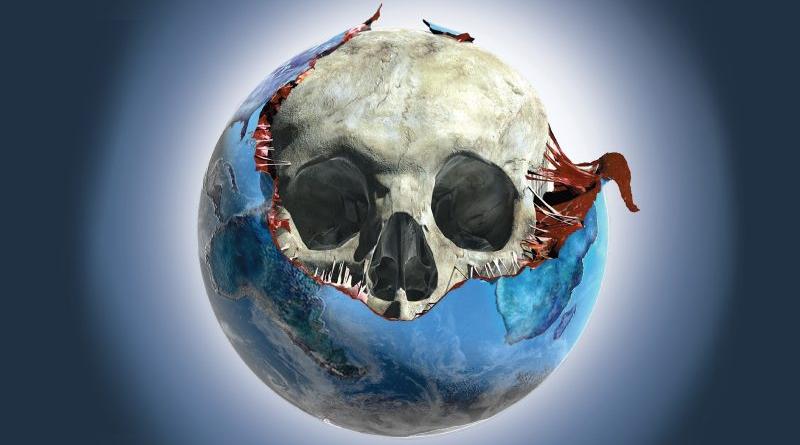 Since 1947, the Bulletin of the Atomic Scientists (BAS) annually adjusts its symbolic Doomsday Clock, which indicates how close humanity and the planet are to complete disaster. This year, we’re closer than ever, the scientists announced on Thursday (23 January).

“It is now 100 seconds to midnight,” declared the Bulletin’s president, Rachel Bronson, at a Washington D.C. news conference while a black cloth was lifted to reveal the time on the “end of the world clock”.

The clock was first created by US scientists working on the atomic bomb-building Manhattan Project during World War II to warn humanity of the dangers of nuclear war.

In 2019, the clock was set at two minutes to midnight.

The risk of civil collapse from nuclear weapons and the climate crisis is at a record high, according to US scientists and former officials, calling the current environment “profoundly unstable”.

The time was now being kept in seconds rather than minutes because the “moment demands attention” and the “threats level is worsening”, Bronson said, and being menaced by powerful leaders who “denigrate and discard the most effective methods for addressing complex threats.”

The science and security board of the Bulletin of the Atomic Scientists announced that the change was made due to nuclear proliferation, failure to tackle climate change and “cyber-based disinformation”.

For the first time this year, the board was joined by members of The Elders – a group of international leaders and former officials founded by Nelson Mandela in 2007.

One of the group, former Irish President Mary Robinson, said “the world needs to wake up”, equating her reaction to that of “an angry granny”.

The world was furthest from self-destruction in 1991, shortly after the end of the Cold War, when the clock showed 17 minutes to twelve, according to the Doomsday Clock.

The threat from nuclear weapons has increased, in part due to the collapse of the Iran nuclear deal, North Korean nuclear weapons development and continued proliferation from countries such as the US, China and Russia, Georgetown University Professor Sharon Squassoni told reporters.

With important arms control treaties being ended or undermined, a new arms race for nuclear weapons, a proliferation of nuclear weapons and lower entry thresholds for nuclear war make the situation “dangerous” and demanding of an “urgent response”.

Last August saw the collapse of the 1987 Intermediate-Range Nuclear Forces (INF) Treaty between the US and Russia, which banned a whole class of medium-range ground-launched nuclear-capable missiles of 500 to 5,500 kilometres – ranges that leave little time for any response.

Attempts to renegotiate a new INF-style Treaty, one that would also include other world powers such as China or India, have so far been unsuccessful.

At the same time, the demise of the the INF Treaty has triggered fears for the future of nuclear arms control.

Washington’s threat to leave the Open Skies Treaty, a pact allowing countries to conduct surveillance flights over each other’s territory and therefore monitor military installations, has left experts concerned that yet another landmark arms control accord might suffer the same fate.

Moreover, the 2010 New START Treaty, another milestone accord between Moscow and the Washington, which caps nuclear warhead numbers, is set to expire in February 2021 and negotiations to extend it are stalling.

Iran, meanwhile, has increased its stockpile of low-enriched uranium and added new and improved centrifuges last year in the aftermath of the US withdrawal form the 2015 landmark nuclear deal.

“I have to admit that we already set the clock in November,” said George Washington University professor Squassoni.

“This was before recent military actions by the US and Iran, Iran’s statement or threat that it might leave the Nuclear Non-Proliferation Treaty, and North Korea’s abandonment of talks with the United States”, indicating the result might have been even closer by now.

Since 3 January, when the US killed the most powerful Iranian military commander, Qassem Soleimani, in a drone strike, the accord’s status – formally known as the Joint Comprehensive Plan of Action (JCPOA) has been placed under severe strain

Last week, the E3 – Germany, France and the UK – triggered the JCPOA’s Dispute Resolution Mechanism (DRM), a process that could ultimately lead to UN sanctions being reimposed on Iran and render the accord dead.

Last year was the second hottest on record for the Earth’s surface. The 2019 average temperature was 1.1C warmer than the average between 1850 and 1900, before the ramp-up of fossil fuel use.

The BAS scientists also criticized governments for not not responding adequately to climate change, which is likely to intensify extreme weather and expected to increase poverty and global unrest.

“This limited political response came in a year in which the effects of human-made climate change became apparent through one of the warmest years since records began, widespread bushfires, and glacial ice melting that was progressing faster than expected.”

The Doomsday Clock announcement comes only days after US President Trump has decried climate “prophets of doom” in a speech at the World Economic Forum in Davos, where sustainability and environmental destruction is the main theme.

Greta Thunberg, the 17-year-old Swedish climate activist who has led a global movement of school strikes calling for urgent environmental action, strongly criticised politicians and business leaders for what she said were continuous “empty words and promises” to tackle climate change threats.

The End of the World Or: The unfortunate results of ignoring an inconvenient truth.

No business need at all now for a Chinese nuclear plant in the UK.