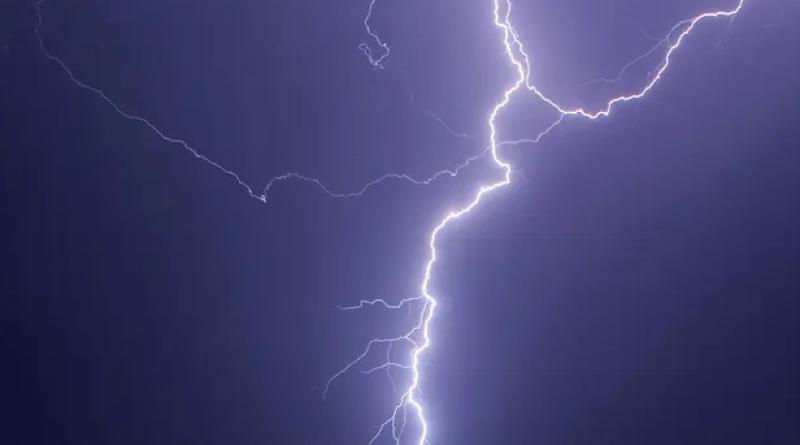 The high Arctic saw a dramatic rise in lightning in 2021 in what could be one of the most spectacular manifestations of the climate crisis.

In a region where sightings were once rare, the Earth’s northernmost region saw 7,278 lightning strikes in 2021 – nearly double as many as the previous nine years combined.

“Over the last 10 years, overall lightning counts north of the Arctic Circle have been fairly consistent,” Vagasky said. “But at the highest latitudes of the planet – north of 80° – the increase has been drastic. Such a significant shift certainly causes you to raise your eyebrows.” 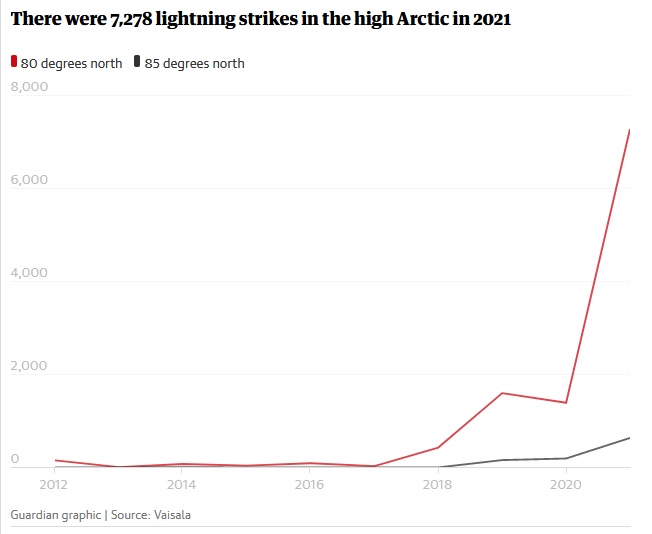 With temperatures rising in the Arctic at three times the global average, tracking lightning in the region has become an important indicator of the climate crisis.

Three things are required to generate thunderstorms – moisture, instability and lift. The disappearance of sea ice means more water is able to evaporate, adding moisture to the atmosphere. Higher temperatures and atmospheric instability create the perfect conditions for lightning. Monitoring how lightning trends change in the Arctic can therefore reveal a lot about how the atmosphere is changing in response to shifts in climate.

“Changes in the Arctic can mean changes in the weather at home,” Vagasky said. “All weather is local, but what happens at your house depends on how the atmosphere is behaving elsewhere throughout the world. Changes to conditions in the Arctic could cause more extreme cold outbreaks, more heatwaves, or extreme changes in precipitation to Europe.

The devastating wildfires that raged across Europe and North America last summer were at least in part sparked by lightning. Typically less than 15% of wildfires in any given year are caused by lightning, but these fires burn more acreage than human-caused fires. Identifying the conditions favourable for lightning-triggered wildfires is crucial to react quickly to strikes.

The risk of being hit by lightning in the Arctic is still low, but the increased probability of lightning could threaten communities that have not had to deal with frequent lightning in the past. People on the flat tundra or ocean are vulnerable to lightning strikes, and lightning puts electrical and other infrastructure at risk of damage.

“A changing climate may increase the potential for lightning-triggered wildfires,” Vagasky said. “Scientists can’t tie a lightning strike from one day to the changes in our climate, but monitoring trends of lightning in the Arctic is especially important and something that will need to be studied now and in the future.”