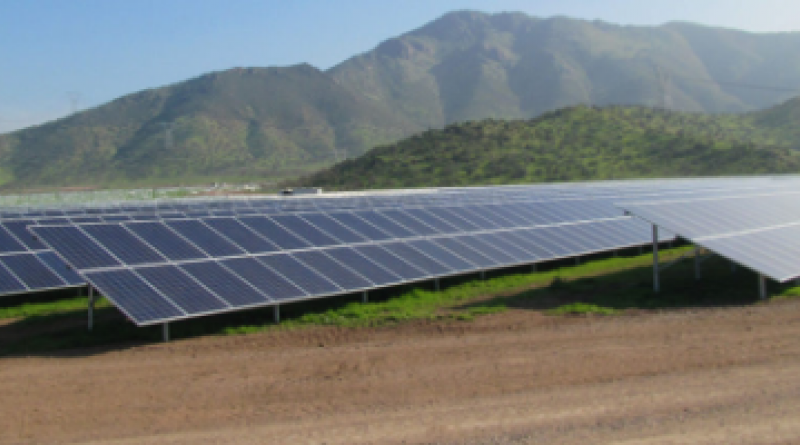 On 30 September, EDF Group and its Chilean partner AME, in a 50/50 joint venture, finalised the financing of Chile's largest solar plant with a capacity of 480 MW. With this project, which is emblematic of Chile's energy transition, the EDF Group is strengthening its position in a country with strong potential in terms of renewable energy.

Located in the Antofagasta region, in the Atacama Desert, the CEME1 solar power plant will be the largest in the country in terms of installed capacity. Benefiting from exceptional levels of solar irradiation, it will be able to supply around 400,000 Chilean homes while avoiding the emission of 280,000 tonnes of CO2 per year. The solar park will consist of 860,000 photovoltaic modules and will cover approximately 400 hectares, the equivalent of 370 football fields.

This project is fully in line with Chile's energy transition, which aims to gradually move away from its dependence on coal by developing large-scale renewable projects backed up by gas-fired power stations to ensure continuity of supply. Hence, the financing plan built by the two industrial partners will also allow for the conversion of an old diesel power plant into a gas power plant.

The project, for a total amount of USD 980 million, is based on equity financing provided up to 20% by EDF and AME, and in debt up to 80% provided by a banking pool.

With this project, the EDF group is significantly strengthening its positions in Chile, a country where the Group is already well established, particularly in the renewable sector with an installed capacity of 376 MW.


Philippe Castanet, EDF's Director for the Americas, said: "Five years after the inauguration of our first solar park - at the time the most powerful solar power plant in Chile - we are proud to announce a new record. The signing of the financing contract for this hybrid gas and solar project is a concrete example of the EDF Group's ambition to share and develop its multi-business expertise internationally, particularly in Chile where the government's objective is to achieve 75% renewable energy by 2030 and 95% by 2050.”


About EDF in Chile : EDF is present in Chile since 2014 with the objective to help the country in its transition towards a carbon-free and sustainable energy future. The main projects in Chile are: