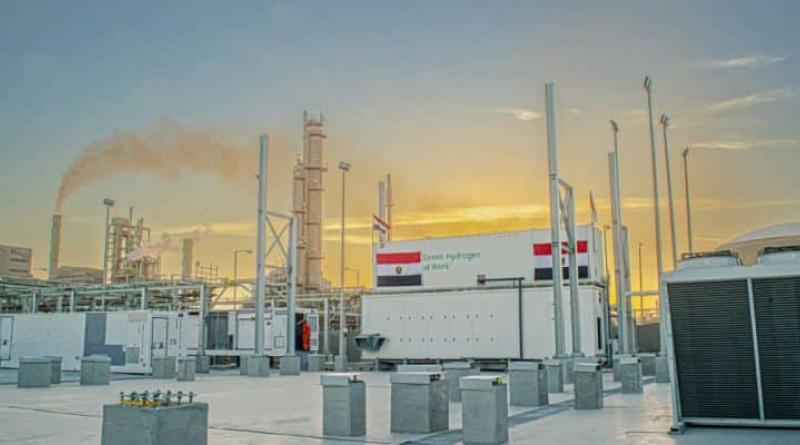 As decision-makers from around the world gather in Charm El Sheikh for the 27th United Nations Climate Change Conference (COP27), a consortium of companies is commissioning Africa's first green hydrogen production facility. The facility is located in the Suez Canal Economic Zone in Egypt.

Egypt wants to become the hub for hydrogen and its derivatives in Africa. This ambition is becoming a reality, as the North African country has just inaugurated the first green hydrogen production plant on the African continent. The plant is a demonstrator in a large-scale hydrogen production project developed by a consortium led by independent power producer (IPP) Scatec.

The Norwegian company has teamed up with Egyptian flagship Orascom Construction, as well as Fertiglobe, an ammonia producer jointly owned by OCI N.V. and Abu Dhabi National Oil Company (ADNOC). The consortium has formed the Egypt Green SPV, which plans to scale up the new green hydrogen plant in the Suez Canal Economic Zone.

The aim of the project developed since 2021 is to set up a 100 MW electrolysis capacity powered by 260 MW of solar and wind energy. This electrolyser will be able to generate 15,000 tonnes of green hydrogen per year. This product will be used as a feedstock for the production of at least 90,000 tonnes of green ammonia per year. The processing will be carried out in two existing Fertiglobe ammonia plants in Ain Sokhna.

Green ammonia is expected to reduce greenhouse gas (GHG) emissions from nitrogen fertilisers. Maritime freight is another outlet, as ammonia can be used to store hydrogen. And this avenue is being seriously explored by the International Maritime Organization (IMO), which in 2018 adopted a strategy to halve GHG emissions from shipping by 2050.

“In order to ensure affordable, accessible and sustainable energy security for future generations, there is a need to accelerate the shift to renewable energy and low carbon fuels. Green hydrogen, which is produced from water using renewable energy sources, can play an important role in decarbonising hard-to-mitigate sectors such as heavy industry and global shipping,” argues Scatec.

According to Scatec, the consortium is currently finalising the engineering and technology choices for the large-scale plant and aims to reach the final investment decision on the facility in 2023.

Is hydrogen the answer to Africa’s energy transition and climate justice woes?