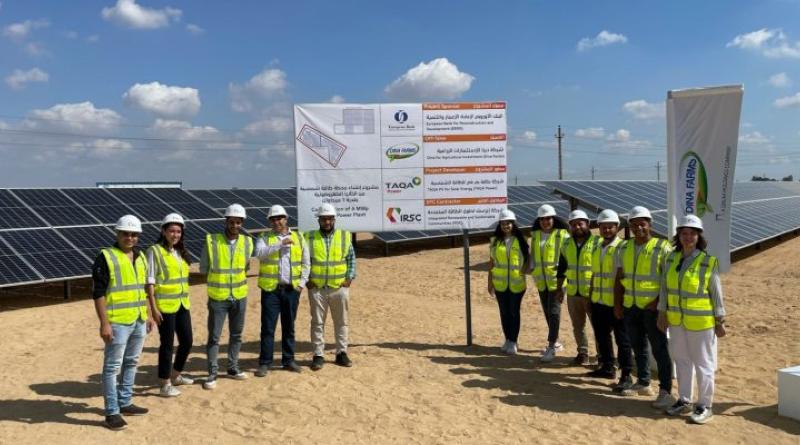 In Egypt, Taqa Power, the subsidiary of Taqa Arabia, is commissioning a 20 MWp solar photovoltaic power plant in the seaside town of Sharm El-Sheikh. The installation will power 6,000 hotel rooms a few weeks before the 27th United Nations Climate Change Conference (COP27).

A solar power plant goes into operation in Sharm El-Sheikh. The installation was recently inaugurated by Taqa Power, the subsidiary of the Egyptian group Taqa Arabia. The power plant dedicated to the supply of this seaside city populated by more than 53,000 people has a capacity of 20 MWp, or an estimated annual yield of 42 GWh. Covering an area of 250,000 m2, it is the largest solar power plant commissioned to supply the tourist city of Sharm El-Sheikh.

Taqa financed and implemented this project with the support of the South Sinai Governorate and the Tourism Development Authority (TDA) who granted it land. The solar energy provider also received support from the New and Renewable Energy Authority (NREA) and the Egyptian Electricity Utilities Regulation and Consumer Protection Agency (EgyptERA).

The Taqa solar power plant required an investment of 250 million Egyptian pounds, a little over $12.7 million. The Cairo-based company will operate the solar plant for 25 years. The park, whose construction involved less than 100 workers, will also provide electricity to Global Energy, a subsidiary of Taqa Arabia, as well as to the Nabq area. It is a protected natural site of 600 km2, located near the city of Sharm El-Sheikh.

“The solar power plant will provide 30% of Nabq’s electrical load using clean energy, reinforcing the government’s plan to transform clean energy and make the city of Sharm El-Sheikh the first green city in Egypt,” Taqa says. The company estimates that its plant is capable of offsetting the emissions of 500,000 tons of CO2.

The plant is expected to provide clean energy to 6,000 hotel rooms that will host delegations from around the world during the 27th United Nations Climate Conference (COP27). Another power plant is expected to come on line soon to power the facilities related to this climate summit. With a capacity of 5 MWp, the plant is built by the Egyptian companies Gila-AlTawakol Electric and Intro Sustainable Resources (ISR) and GTCI.

KENYA: Voltalia and Trina complete the installation of the Kesses solar power plant