Electric cars are not the only green solution. 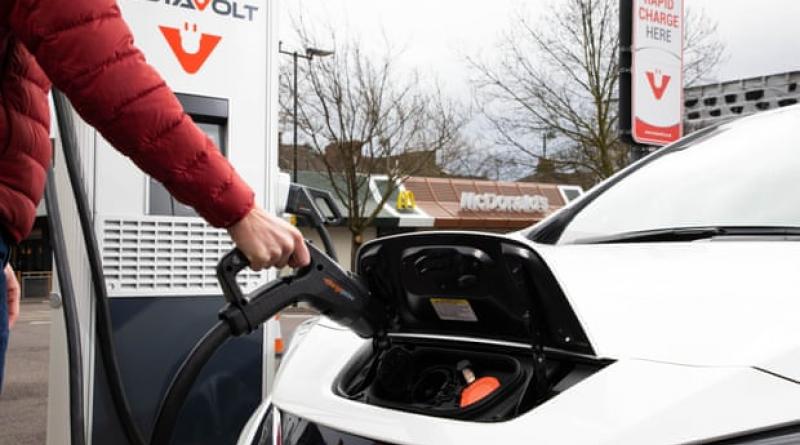 Chris Barker says more cars of any kind are bad news for pollution, while Dr Robin Russell-Jones believes British entrepreneurs can rise to the challenge of ‘green growth’.

It is indeed good news that the advance in battery technology brings down the costs and inconveniences associated with electric cars (The Guardian view on electric cars: greener roads are good, 22 January). But it does not begin to solve the other problems associated with the volume of traffic on the roads. In fact, if electric cars become cheaper and continue to benefit from tax relief, the total number of cars may well rise. Electric cars produce no toxic emissions at the point of use but, as with all cars, embodied carbon in the production of vehicles and batteries generate greenhouse gas emissions. In addition, research by the government in 2019 found that two-thirds of the contamination from conventional vehicles arises from tyre, brake and road dust.

There are also other problems associated with too many cars of any type. The greater the level of traffic, the greater the danger of death or injury and the need for more and wider roads, creating no-go areas for people and cutting off communities from each other. Too much reliance on cars promotes a sedentary lifestyle and brings health risks.

For a better life and to counteract the climate emergency it is necessary to reduce traffic. This cannot be done by promoting electric cars. It needs the promotion of walking, cycling and public transport, and of measures to reduce the need to travel.Chris BarkerFuture Transport London

• Your leader slightly misses the point. Nissan has elected to concentrate its European operations in Sunderland, including battery development, precisely because Boris Johnson has brought forward the phase-out date for petrol and diesel vehicles to 2030. This means that Nissan will be selling into one of the best markets in the world for electric vehicles.

However, there is more than one way to skin a cat, and cheaper options for ultra-low emitting vehicles are just around the corner. Toyota is developing a hydrogen fuel cell car, but the research and development costs are eye-watering. By contrast, a British firm, Riversimple, is producing a cheap, compact two-seater, which will probably come to dominate the small car market, particularly for drivers who cannot plug in a car at home. The message for the government is obvious. Set the right conditions for “green growth”, and British entrepreneurs will do the rest.Dr Robin Russell-JonesChair, Help Rescue the Planet

The Guardian view on electric cars: greener roads are good.

Are electric cars on a road to nowhere?