Electricity is infrastructure: Why the grid matters more than ever. 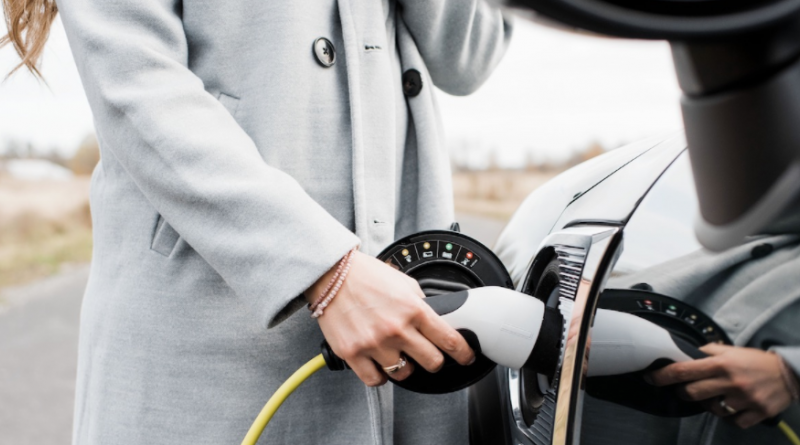 The American Jobs Plan and other government measures could spark a reinvention of the power grid.

What counts as infrastructure these days?

It’s a question the unveiling of the American Jobs Plan last month has spurred both online and around the globe. As people seek solutions for a recession, a post-COVID-19 world and climate change, things as diverse as caregiving, affordable housing and blockchain have been held up alongside more conventional infrastructure like roads and bridges.

Consider, then, the wire, which manages to bind us more than ever, especially in a WiFi world.

Already essential to how we build, move and consume, affordable and reliable electrification becomes even more critical to long-term sustainability efforts. It’s why the power grid—and the growing data that simultaneously manages that grid and requires more of its energy—has become a central focus of the Biden administration and many others as governments tackle new infrastructure programs.

“Power generation accounts for approximately 35 percent of global emissions, with ground transportation contributing another 20 percent, so the pressure to move towards renewable electrification is quite tremendous,” Bryan Sacks, the CTO for the Energy, Environment & Utilities industry at IBM, pointed out in an interview with Industrious. “It’s not just about simply migrating over to renewable sources though. It’s about migrating in a way that consumers can consistently use and rely on.”

Renewable energy requires more complex storage and management infrastructure. Wind and solar power can fluctuate, unlike fossil fuels, which are stored before being turned into power in solid (coal, wood, plutonium) or liquid (oil, gas) forms. This is where evolving technologies like batteries, micro-grids and even reverse hydro and compressed air come in. Even on a still, cloudy day, people will need power—especially in digital, connected era.

Sacks offers an example of the challenges that must be overcome in shifting to clean (and thus electrified) power: “In the near future, in an extended power outage, say two or three days, not only do we lose electricity for lighting, entertainment and keeping our food cold. We also lose our ability to travel, to heat our homes, to work or run our businesses. A more resilient grid is a stronger grid, and a stronger grid is a more resilient one.”

It’s an increasingly common and notable example because outages are already being exacerbated by the very climate challenges that more resilient and renewable grid schemes aim to address.

Historically, resilience meant engineering the grid for worst case scenarios that could overwhelm the grid and lead to outages. This often meant simply building in greater capacity.

Yet a grid can only get so big, at least economically. The American Society of Civil Engineers projects a USD 197 billion investment gap in power generation, transmission and distribution by 2029, while the Boston Consulting Group notes the US grid needs at least USD 200 billion in investment  by 2030 to simply meet demand for new EVs. China, meanwhile, spent an average of  USD 79 billion on its grid annually, according to the IEA, between 2015-2019—an amount that will more than double to USD 180 annually over the next five.

Now utilities are confronting more than just growing demand. They must simultaneously mitigate their carbon footprints while adapting to a drastically changing climate and enabling sustainable, clean electrification.The climate challenge is particularly acute for utilities since they are a major producer of carbon who are simultaneously susceptible the erratic weather that can result.

One of the most promising solutions to growing the grid without expanding it is adding a digital grid atop the physical one. Mahesh Sudhakaran, IBM’s industry general manager for the Energy, Environment and Utilities industry, describes this as an “inherently hybrid approach.”

“There’s the traditional physical grid, and then there’s an emerging digital layer,” Sudhakaran said. “That digital layer allows the utility to spot problems and mitigate in real time. The grid is even becoming predictive and self-healing, spotting potential problems, and then responding without any need for direct intervention. It’s helping utilities move from managing the grid to orchestrating all its complex inputs.”

You may already be familiar with small-scale executions of this idea. Smart thermostats now automatically adjust the temperature in many homes during the work day or at night, replacing less sophisticated models with manual schedules. Utilities are now taking this quite literally to another level.

In Denmark, IBM has deployed the Utility Flexibility Platform in partnership with network operator Andel. The platform has linked together more than 3,000 buildings throughout Copenhagen. Landlords of those properties work with Andel to set a range of limits on their typical energy usage, covering things like lighting, heaters, air conditioning and refrigeration. All these devices are networked together so that if the grid experiences a surge, AI can proactively adjust the heating or refrigeration by a degree or two for a specified period of time, or slightly dim the lights.

The landlords pay less in energy, the grid remains more stable, and the usage limits can be adjusted as necessary.

Other systems currently in development can get even more nuanced, like tapping into the batteries of plugged-in electric vehicles for a boost. The owners of the EVs and connected buildings are likewise compensated for their contributions just as they are charged for using the power.

Tamar Eilam, an IBM Fellow and member of the Future of Climate initiative whose research focuses on cloud computing, points to the vastly growing demands for computing power that innovations like AI, 5G, blockchain, Industry 4.0 and smart cities require. The high-energy cloud systems on which these innovations exist could be designed to ramp up and down, responding to renewable energy availability and grid stability.

Other advanced systems at play include weather predictions that can help anticipate outage-inducing storms, and satellite imaging so precise it can spot trees and other objects that could knock out transmission lines.

“The electric grid is one of the main pillars in the fight against climate change—and one of the least recognized for its power or potential,” Eilam said.

The grid can also be an engine for jobs, which is why so many governments are interested in reinvesting, reinventing and reenergizing theirs.

Caleb Northrop, IBM’s global sustainability and strategy lead for the Energy, Environment & Utilities industry likes to point out how for utilities, sustainability needs to encompass more than just energy generation.

“At its core, sustainability is a social and environmental justice issue,” Northrop said. “Our infrastructure, where it’s built and who it empowers, needs to benefit all communities—especially those communities that have been marginalized and polluted in the past.”

And this needn’t run against the needs of progress or business, especially in an era of stakeholder capitalism. “Sustainability is inherently multifaceted,” Northrop said. “We need to empower people, spur innovation, drive business value, create jobs and thrive with the planet—not work against it.”

While many of the grid’s advancements will come from automated features, those features must nonetheless be developed, deployed and monitored by workers. It’s work that often demands a new skill set.

“We’re looking at new practices and new skills to get this work done, and that’s a big role for government,” Judy A. Kelly, the cloud industry general manager for Global Public Sector at IBM. “The question that I see consistently around the globe is: How does the government’s environmental policy impact the economy?”

The electrical grid has been part of those calculations at least since Edison laid down the first electrical lines in Lower Manhattan 141 years ago. And yet how much has truly been rethought since?

Given how much of our lives, professional and personal, are increasingly mediated by devices and data networks that must be powered, the electrical grid is poised to become the infrastructure for all other infrastructure. As roads, bridges, ports and broadband—even caregiving—becomes “smarter” with the integration of sensors, transmitters and automation, the electrical grid will undergird everything else.

Meanwhile, renewables already reached price parity with fossil fuels over the past decade, according to the International Renewable Energy Agency, and their efficiency is only expected to grow. Sustainable generation will be there, and the grid must be, too.

“If we can get energy inputs that are clean, and help speed up the electrification of everything else,” Northrop said, “then not only is your utility going to be clean, but every home, every car, every manufacturer and down the line can be, too.”