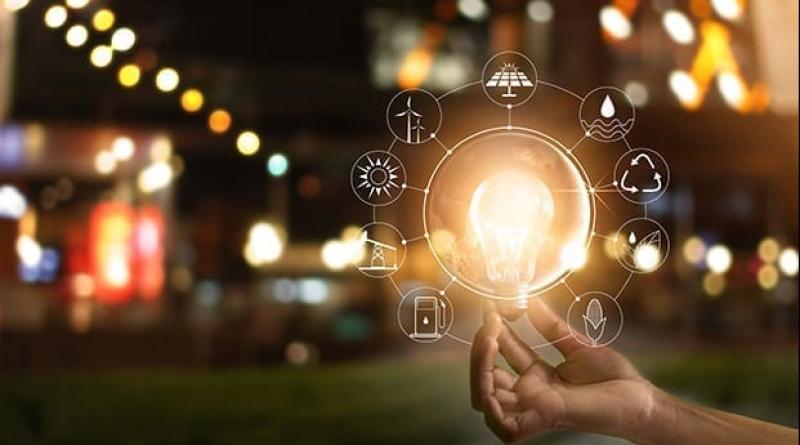 The science of renewable energy is remarkable—the ability to harness nature to magically power our modern world is a seductive vision. And yet, the actual business of renewable energy is late to establish itself as a viable competitor to the petrochemical industry. The problem is rooted in cost parity and the challenges of production, storage, and disposal (Figure 1). To use the industry’s fancier and totally sensible term, it’s the math of levelized cost of energy (LCOE) that we can’t figure out.

LCOE measures the average cost of electricity generation for any power plant—coal, hydro, solar, or thermal—over its lifetime. And it turns out that by the time you harvest the Earth’s minerals to produce, ship, deploy, and maintain a renewable energy plant, it is more expensive to generate power versus burning coal. And that’s too bad because we’re all paying the price.

According to BP’s 2019 Statistical Review of World Energy, annual carbon emissions grew by 2.0%, with China and the U.S. as the largest contributors, and coal took the largest share of all power generation at 38%. No matter where you stand in the debate on climate change, let’s just agree that pollution is bad and coal means a lot of it.

What about renewables? It’s mostly good news, but it’s slow-moving. According to Global Data’s Renewable Energy—Thematic Research, renewable energy will reach a 22.5% share in the global power mix by 2020, up from 18.2% in 2017. Hydro and nuclear grew by 14.5%, and solar generation grew more than 40%. By country, China was the largest contributor to renewables growth, surpassing the entire developed world. Hydroelectric generation increased by an above-average 3.1%, and nuclear generation rose by 2.4%.

Energy Storage Is Key to Success

It gets even more interesting when you take a closer look at the problem on a systemic level. For the most part, you can’t store renewable energy. Lithium-ion batteries or water reservoirs end up costing more than the power that they store. It is arguable that as long as the renewable energy storage dilemma is not solved, we’re never going to get to a 100% renewables-powered world.

Energy storage is insanely expensive. Lithium-ion batteries are seen as the main renewable energy storage technology, but they are even more costly to produce, procure, maintain, and dispose of than burning fossil fuels. When consumers store electricity in a lithium-ion battery in their home, they generally pay at least $0.30/kWh, while neighbors pay a bargain price of $0.10/kWh for coal-generated power.

Creating lithium-ion batteries requires five raw materials—lithium, nickel, manganese, cobalt, and graphite—the sourcing of which entails massive ecological and humanitarian problems, such as toxic black holes and die-off of wildlife, in some of the most beautiful parts of the world, including the Bolivian Andes, Argentina, and Chile. I choose flamingos over batteries (Figure 2).

Without energy storage, wind and solar technologies are limited to minimal annual capacity and adoption. But there are a few brave innovators who are attempting to capitalize on this trillion-dollar opportunity. For example, Bloom Energy, a Silicon Valley company, is building a new storage technology based on fuel cells (Figure 3). The company has raised more than $800 million to fund its venture. Volts Storage, another promising upstart, is using its new vanadium redox flow storage technology as an ecological alternative to lithium-ion batteries. And Energy Vault is succeeding in harnessing gravity and kinetic energy for long-duration energy storage solutions. Who wants to get a job here? I do!

Another possible solution that’s been put forward is something called a flow battery, a new type of sulfur-based battery designed by a company with ties to the Massachusetts Institute of Technology (MIT). The company creating this battery is called Form Energy, which says that its use of sulfur is based on abundance and cost-effectiveness. According to Yet-Ming Chiang, Form Energy co-founder, “this battery literally inhales and exhales air, but it doesn’t exhale carbon dioxide, it exhales oxygen.”

Energy Storage: Opportunity of a Lifetime

Many people imagine that if we could simply store enough of the energy that the sun and wind offer us, the supply would be nearly infinite. It’s a vision that a number of intelligent pioneers are working to achieve, including billionaires such as Bill Gates, Jeff Bezos, Jack Ma, and Richard Branson, who all invested in Form Energy through their venture Breakthrough Energy. But the truth is that the rate of innovation should be 10 times where it is today, simply because we are relying on dated technology that is not able to keep up with the increased energy demands. And the effects we see are devastating the natural world with mining, waste, and human rights abuse.

Nikola Tesla once said, “If you want to find the secrets of the universe…think in terms of energy.” Some of the largest and hardest business opportunities on earth are energy-related. It will take a massive heavy lift of material scientists, chemists, biologists, and inventive engineers and entrepreneurs alike to create a cost-effective and efficient way to generate and store energy, like the flow battery, so we can move toward a clean and sustainable energy future. Yes, there are better nuclear technologies on the horizon, such as my ex-boss Bill Gates’ TerraPower, but would I feel comfortable living in close proximity to even the safest of nuclear power plants? Not in this lifetime.

I’m rooting for the new, the less obvious, and potentially, the yet-to-be-discovered solution.

—Adam Benzion is the co-founder and CEO of Hackster.io, an Avnet Community.

1. There are a number of different renewable energy technologies commercially available including hydro, wind, solar, biomass-fueled, geothermal, tidal, and more. Some of the most promising resources are intermittent in nature, however, so energy storage is needed to fully utilize these assets. Source: Shutterstock