Energy storage in the United States expected to triple in 2019. 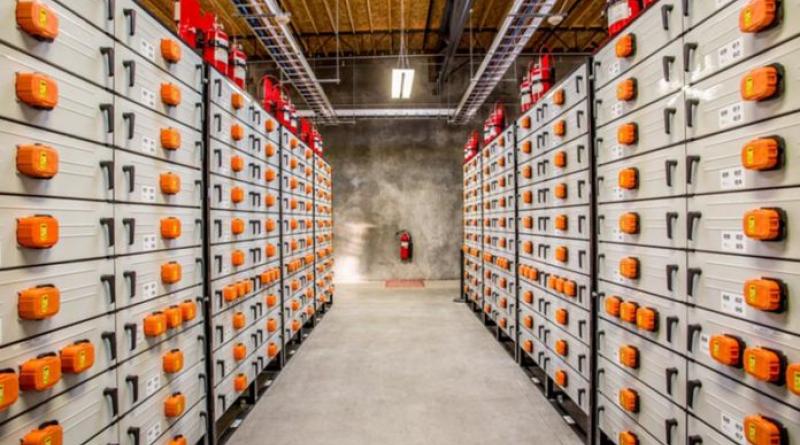 Energy storage in the United States is expected to triple in 2019 according to Climate Action. That makes for a great headline, but what does it mean? Let’s begin by defining what energy storage is and why it’s important.

What we do know is that unless it is stored in some fashion, it must be used as soon as it is created or it will be wasted. The oldest method of storing electricity is called pumped hydro. Here’s how it works.

Excess electricity is used to pump a large quantity of water uphill into a holding pond. Later, the water is allowed to flow downhill to a reservoir below, spinning turbine blades to generate electricity along the way.

The process is about as high tech as a brick but it is simple and effective. It does require a lot of open territory with great deal of elevation change, so it is not suitable for use in many parts of the world.

There are many other ways to store electricity ranging from the dead simple to the extremely complex. A California company proposes to build a railroad to nowhere. A train of electrically powered boxcars filled with cement would churn their way uphill in the day time using excess electrical energy. At night when the supply of solar power decreases, the train would roll back downhill. At that point, the electric motors that pushed it uphill during the day would reverse their role and generate electricity on the way down.

Other ideas include a tower that stacks concrete filled barrels on an elevated platform during the day. Later, lowering them back to ground level would generate more electricity.

Both systems use sound scientific principles that convert energy into work and then later reverse the process to make more electricity. Despite being possible, neither has shown itself to be price competitive with battery storage.

Concentrated solar power plants do not harvest the light of the sun. Instead, the capture the heat contained in sunlight and use it to warm a storage medium such as salt or silicon. Later, that heat is used to heat water to make steam that drives conventional generators that make electricity.

One experimental system heats silicon until it glows white hot. That light is then used to create electricity using solar panels. Once again, the so-called “sun in a box” concept is physically possible but not yet price competitive with battery storage.

The most common form of electrical storage today is lithium ion batteries. While they may feature several different battery chemistries, they are essentially the same as the battery cells used in electric vehicles.

The driving factor that makes this type of storage preferred is that the cost of lithium ion battery cells continues to decrease as more and more of them are manufactured.

Another type of energy storage is known as a flow battery. It features two large tanks separated by a membrane. One liquid has a positive charge, the other a negative charge, Flow batteries have one advantage over lithium ion batteries — to add more capacity, simply make the tanks larger.

China is pushing forward with plans to install more flow batteries but in the US, lithium ion batteries are the storage medium of choice largely because they are the least expensive choice.

A new report from the Energy Storage Association and GTM Research says battery storage in the US grew by 27% in 2018 with 431 megawatt-hours installed.

But here’s where things get interesting. ESA and GTM Research predict 2019 will see triple that amount installed — 1,233 megawatt-hours with a combined value of more than $1 billion.

Things get even better from there. By 2023, they expect the US market for battery storage to soar to $3.8 billion helped by “falling costs and favorable policies” on the state level, according to Ravi Manghani at GTM Research.

Kelly Speakes-Backman, CEO of ESA says “policies and regulatory frameworks that level the playing field will further encourage energy storage deployment throughout 2018 and beyond as the industry builds toward a goal of realizing 35 GW by 2025.”

What makes battery storage so valuable is its ability to save electricity generated now to be used later. That’s a big deal because solar panels work best during the day but begin to lose power as the sun sets — just when people are getting home from work and starting turning on appliances like air conditioning and electronic devices.

If if were not for batteries, much of that solar energy would be wasted. The same goes for wind power. Often wind turbines generate more electricity than needed at some times of day. With batteries, that excess energy can be stored for use later.

Another important characteristic of battery storage is the ability to react in milliseconds to the tiny variations in the frequency of the electricity flowing through the electrical grid. In most of the US, the electricity supplied by utility companies oscillates 60 times a second.

But price will win out and the lower the price of renewables plus storage gets, the sooner those existing facilities will be retired whether is is convenient for their owners or not.

Battery storage held back because regulators, ministers “not aware”