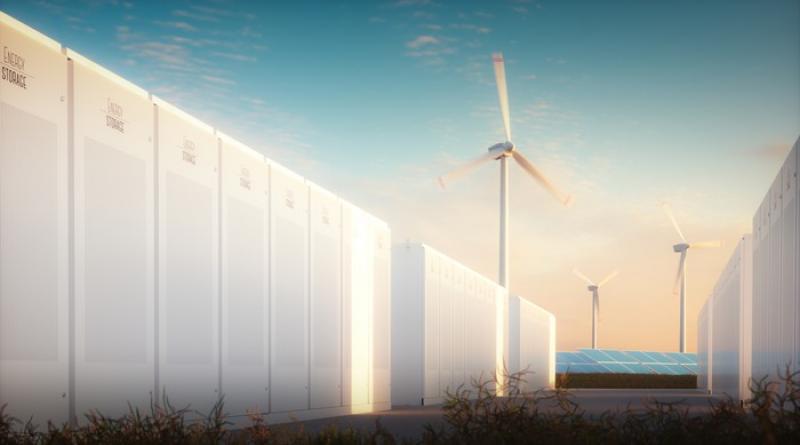 A new asset class is coming to the energy industry.

One of the most exciting innovations in energy over the past decade has been the development of energy storage technology. Batteries have become viable for almost every size project, from homes to the largest utilities.

In 2018, 311 megawatts (MW) and 777 megawatt-hours (MW-hr) of energy storage were installed in the U.S., according to Wood Mackenzie and the Energy Storage Association'sEnergy Storage Monitor. The cumulative installations could power 75,000 homes for an entire year, and they're just the start of the industry's growth.

777 MW-hr of energy storage is a lot, but it'll soon be dwarfed by a few projects. Earlier this month, the Gemini Solar Project in Nevada revealed plans to build a 531 MW/2,125 MW energy storage facility to accompany a 690 MW solar power plant. The project could then smooth out the electricity offered to the grid to include peak evening hours, when solar intensity falls but electricity demand jumps.

In Florida, NextEra Energy's (NYSE:NEE) utility Florida Power & Light is planning a 409 MW/900 MW-hr facility that will be co-located with a solar power plant. In Hawaii, six projects were recently approved by regulators totaling 247 MW/998 MW-hr of energy storage. They will be paired with 247 MW of solar power plants, all of which will deliver electricity to the grid at $0.10 per kWh, or less, which is lower than the cost of fossil fuels on the island. Solar and energy storage have disrupted Hawaiian utility company Hawaiian Electric Industries(NYSE:HE) but Hawaiian Electric is (slowly) learning to use solar and energy storage assets to its advantage rather than fight renewable energy under its jurisdiction.

It's no coincidence that energy storage is booming in scale right now. There's a need in the market to curb the volatility of wind and solar energy production, and battery costs have now come down far enough that energy storage with batteries is economical.

On the residential side, Sunrun (NASDAQ:RUN), Vivint Solar (NYSE:VSLR), and SunPower are all offering energy storage for homeowners. The numbers are small, with only 15,000 home storage systems installed in 2018, but they're growing in market share and could be included in standard solar systems in the next few years.

Why energy storage is popular now

Energy storage is still a small market, but it's growing quickly and costs are coming down just as fast. Lazard's Levelized Cost of Storage Analysis reports that between 2015 and 2018 the average cost of lithium-ion battery storage for utilities fell from $543 per MW-hr to $251 per MW-hr.

Analysts at Wood Mackenzie analysts are expecting installations to surpass 4,500 MW in capacity by 2024. If we assume an average cost of $300 per MW, that's a $1.35 billion market for battery makers to sell and developers to add to their portfolios.

The market isn't growing by accident, either. The arbitrage between when wind and solar power is provided and demand is highest is growing, creating an economic opportunity for energy storage. Regulators have also opened storage up to competitive markets like PJM, allowing them to bid into the market just like any other power plant.

As the cost of batteries and other energy storage mediums fall and the energy markets open up to storage, investors should expect the industry to grow. That's welcome news for everyone from solar developers who are adding storage to projects to utilities who are using storage as a new regulated asset on the grid. And it's an asset class energy investors shouldn't ignore.