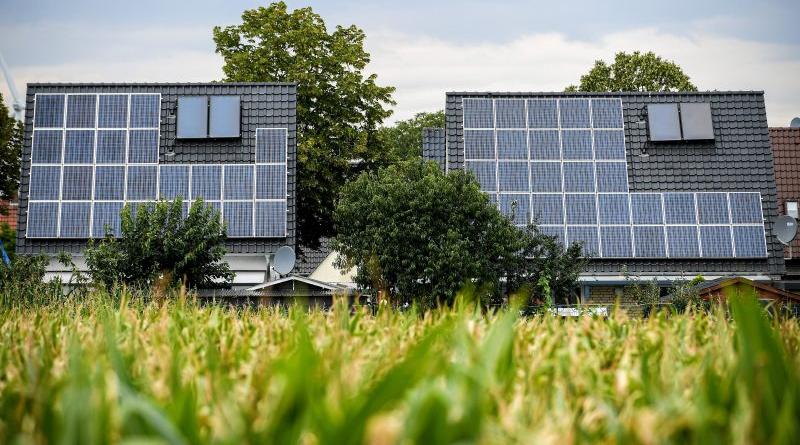 Governments across Europe should keep clean energy top of mind as they consider measures to protect their economies against a likely recession caused by the coronavirus, the International Energy Agency (IEA) has said.

The European Commission is paying close attention to the economic impact of the coronavirus, saying border shutdowns risk disrupting entire product value chains – ranging from automotive to agriculture and food. And this is valid also for wind, solar and energy-saving technologies.

“On renewables, this is definitely one dimension in a very complex situation that we are facing at the moment,” EU Commission spokesperson Eric Mamer told a regular press briefing on Monday (16 March)

But he said it was too early to make recommendations to EU member states at this stage about potential measures to prop up investments in clean technologies.

“We will have to see as events unfold what analysis we can make of the impact on investments in various areas and how we can react,” Mamer said.

Renewables and energy savings are cornerstones of the EU’s climate change strategy and a central element of the bloc’s Green Deal agenda of reaching climate neutrality by 2050.

Over the weekend, the International Energy Agency (IEA) has warned that low oil prices risked delaying investments into clean tech such as wind and solar, in the face of falling oil prices.

“The sharp decline in the oil market may well undermine clean energy transitions by reducing the impetus for energy efficiency policies,” the IEA’s executive director Fatih Birol said in a blog post published over the weekend (14 March).

As governments draw up stimulus plans to counter the economic damage from the coronavirus, they should ensure that clean energy investment “doesn’t get lost amid the flurry of immediate priorities,” Birol said.

“Governments can use the current situation to step up their climate ambitions and launch sustainable stimulus packages focused on clean energy technologies,” he argued, saying solar, wind, hydrogen, batteries and carbon capture (CCUS) “should be a central part of governments’ plans because it will bring the twin benefits of stimulating economies and accelerating clean energy transitions”.

“We are currently more concerned about demand, as policymakers may divert attention away from clean energy to more pressing concerns,” said BloombergNEF in the introduction to the study.

The solar PV sector is expected to be hardest hit by the economic slowdown caused by the coronavirus, as solar PV modules are chiefly manufactured in China, which has temporarily shut down factories to contain the spread of the infection.

There was also a potential silver lining to the crisis, BloombergNEF pointed out, saying the short-term interruption of production in China has highlighted the need for diversified supply chains and strengthened the case for localised manufacturing in places like Europe and the US.

However, it said this would be the case “especially for batteries”, not for solar PV.

“I’m not bullish about new solar manufacturing here, simply because Asia is so far ahead,” said Jenny Chase, head of solar analysis at BloombergNEF. Of course, she said, there are a few solar PV manufacturers left in Europe, the biggest being Recom, headquartered in France.

“But they are the exception” – not the rule, Chase told EURACTIV.

Besides, Chase said solar PV manufacturing “is a horrible business to be in,” with low margins, and factories becoming out of date before firms pay off their debt on them.

“Battery manufacturing in Europe is more promising, partly because batteries are harder to ship than solar panels, which are basically inert,” she said.

Another exception is wind turbine equipment. “We see some downside risk to our global wind forecast of 75.4GW, but thus far we still expect 2020 to be a record year for wind build,” BloombergNEF said.

SolarPower Europe, an industry association, said it expects big projects to go ahead “mostly as planned”. But things could be different in the smaller-scale market.

“If consumers spend less money in general, it could potentially have an impact on the solar sector, in particular rooftop solar,” said Walburga Hemetsberger, CEO of SolarPower Europe.

“In such a scenario, we may need to consider asking for measures to stimulate solar technology and its associated jobs that are the backbone of the energy transition,” she told EURACTIV in emailed comments.

On the manufacturing side, Hemetsberger pointed to news from China suggesting that most solar PV factories were producing at a high output level again.

According to her, the disruption caused by the coronavirus “has highlighted the need to have local manufacturing facilities along the value chain in Europe”.

This, she said, would “bolster security of supply” in Europe at a time when solar is projected to become one the main future power generation sources on the continent.

Solar power has been growing for decades. Then coronavirus hit.

What would happen if the world reacted to climate change like it’s reacting to the coronavirus?