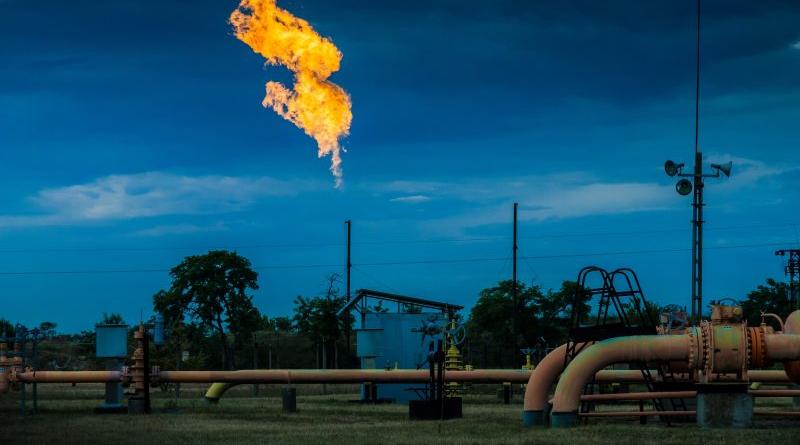 A draft version of the European Commission’s methane strategy, due to come out on Wednesday (14 October), doesn’t set limits on methane emissions from fossil fuels, instead setting the stage for that to happen as of 2025.

Lack of data and agreed measurement methodologies are currently hampering policy initiatives to contain methane emissions in sectors such as agriculture and energy, the European Commission says in its draft strategy, seen by EURACTIV.

Methane is a powerful greenhouse gas which is nearly 90 times more potent than CO2 during its first 20 years in the atmosphere and addressing emissions is “an important and urgent issue” as part of EU efforts to tackle global warming, the Commission says.

“The strategy encourages voluntary and business-led initiatives to immediately close the gap in terms of emissions monitoring verification and reporting and reduce methane emissions in all sectors,” says the draft strategy.

“Building on this, legislative initiatives will be considered in 2021 and beyond to provide a robust, reliable and comprehensive framework for reducing methane emissions,” the draft document says.

For environmental campaigners, this is way too late. “It is critical for the legislative framework to have a clear focus on mitigation now, preparing the suppliers to deliver global methane emissions reductions in 2025,” said Poppy Kalesi, director for global energy at the Environmental Defense Fund, a US-based non-profit and advocacy group.

“Delaying it to 2024 or 2025 means that we will not essentially expect emissions reductions before 2030 and that is too late,” Kalesi told EURACTIV in emailed comments.

Some 41% of global methane emissions come from natural sources, like wetlands and wildfires, says the Commission strategy. The remaining 59% is man-made, with agriculture representing the lion’s share (40-53%), followed by fossil fuels like coal, oil and gas, at 19-30%.

Oil majors like Shell – alongside, BP, Eni, and Equinor – have publicly stated their support for “strong methane regulations”, saying “cost-effective technologies are available” already now to “find and fix methane leaks” in the oil and gas supply chain.

Together with the Environmental Defense Fund, these companies have called for “a robust standard for monitoring, reporting and verifying these emissions” to be implemented “between now and 2023”.

The European Commission, for its part, seems determined to put the onus on reporting first, saying reliable data is paramount to understand where methane emissions come from and how they can be reduced. And since the EU is responsible for only 5% of global methane emissions, international cooperation will be key, the EU executive argues.

“Currently, the level of monitoring and reporting between sectors and between member states varies considerably,” the Commission says, with “very few” EU countries meeting the so-called Tier 3 standard approved by the United Nations Framework Convention on Climate Change (UNFCCC).

Tier 1 constitutes the most basic approach, involving simple estimations, while Tier 3 involves specific, individual measurement which are currently the most demanding, the Commission explains.

“One of the key objectives of this strategy is to make Tier 3 reporting the new benchmark standard across the EU,” the Commission document says, adding this “does not exclude applying a certain level of flexibility” across different sectors.

Eurogas, an industry association, said it supports Tier 3 reporting but insists that “significant work” remains to be done before it can be applied across the gas value chain.

“Making tier 3 reporting the benchmark standard will require improved data availability and accuracy as a prerequisite, which means that any standard must first ensure that there is a harmonised approach to data collection across the EU to ensure comparability of figures,” Eurogas told EURACTIV in emailed comments.

“Only then will we know what is the best way to achieve cost-effective methane emission reduction,” it said.

“However, we do not believe that this is enough and see no reason why improving the MRV (monitoring, reporting and verification) standard cannot go hand in hand with developing a solid, dynamic mitigation policy,” she told EURACTIV.

According to her, this “can already start by using the IPCC numbers and giving the burden of proof of producers to prove that they meet the OGMP 2.0 standard or equivalent,” she added.

In her view, the EU could immediately improve data collection by using its Copernicus constellation of earth observation satellites.

“Science and technology in this space moves extremely fast and Copernicus already announced that the CO2 and CH4 monitoring service will be able to ‘see’ global methane emissions with sufficient accuracy in 2025,” Kalesi said.

As a first step, the Commission strategy recommends promoting the establishment of an independent international methane emissions mechanism covering the energy sector. The mechanism would then be extended to waste and agriculture at a later stage.

Using the Copernicus satellites, the EU executive also proposes a global surveillance system for so-called “super-emitters” – oil and gas facilities with “disproportionately high-emissions” of methane leaking from the installations.

A recent investigation by the New York Times, published in December, revealed how so-called “super-emitters” of methane leaking from oil and gas sites in the US were making global warming worse.

“Addressing these super-emitters is a cost-effective action that is feasible with currently available data and with established leak detection and repair measures,” the Commission document says.

Under its new strategy, the EU Commission calls on companies in the oil, gas, and coal sectors to “set up more robust leak detection and repair programmes in preparation for upcoming legislation that would make such programs mandatory.”

EU turns to methane emissions in fight against global warming.

Climate Explained: Methane Is Short-Lived in the Atmosphere but Leaves Long-Term Damage.