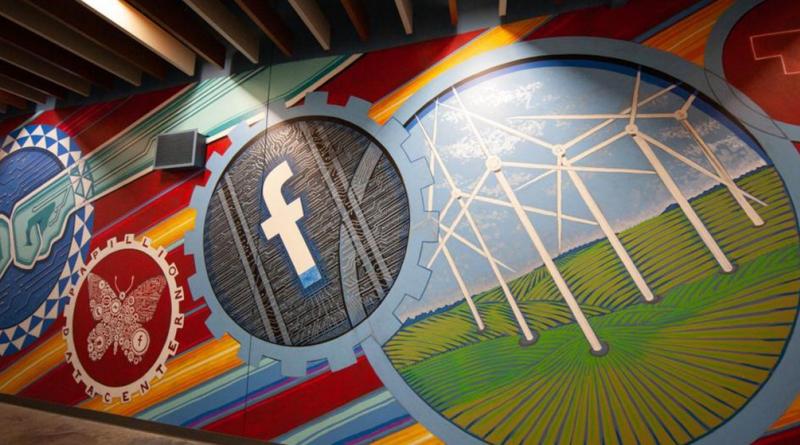 Facebook’s new Papillion Data Center will be supported by renewable energy from Enel Green Power’s Rattlesnake Creek Wind Farm in Nebraska, helping Facebook reach its goal to support 100% of its global operations with renewable energy in 2020.

The Papillion Data Center was created to help support Facebook’s apps and services for billions of people; it’s essentially a large group of machines that supply the technical infrastructure for Facebook, Instagram, Messenger, Oculus and WhatsApp.

But a data center requires energy, which is why it’s all the more important that Facebook has committed to support their new data center with renewable energy. Facebook inaugurated its Papillion Data Center in June 2019, which is being supported with clean energy from Enel Green Power’s Rattlesnake Creek Wind Farm in Nebraska.

This latest push is just a continuation of Facebook’s dedication to sustainability. In 2018 they were named the largest corporate buyer of renewable energy and currently support their global operations with 75% renewable energy. Serious renewable energy buyers like this are crucial for our business as well and Enel’s goal of bringing renewable energy to everyone. They also deliver major economic boosts to rural areas, like the 300 jobs the Rattlesnake Creek wind farm brought during construction.

“We are committed to supporting our data centers with new renewable energy projects that bring many benefits to the State. Enel's project does just that, resulting in 320 MWs of new wind energy on the Nebraska grid and additional investment and jobs to Eastern Nebraska.”

Having a dedicated offtaker, or purchaser of renewable energy, allows us to continue to expand wind energy projects, and the Papillion Data Center is a perfect example of how companies can partner on renewable energy to reach their business goals.

In a recent survey, we found that only 1 in 5 Americans have a strong understanding of howrenewable energy produces power. In all fairness, the process can be a bit tricky to understand, especially when the renewable power is not being generated next door.

Facebook’s Papillion Data Center is a few counties away from our Rattlesnake Creek Wind farm in Dixon County. So how will this agreement work, what impact will it have, and how can other large companies make commitments to renewable power without a wind farm at their facility?

You can visit Rattlesnake Creek with this 360° experience in order to learn how wind is transformed into renewable energy that supports the Facebook Papillion Data Center.

Positively Impacting Both the Environment and Nebraska’s Economy

Facebook’s new data center is also a major boon for Nebraska’s economy. Because they focus on building data centers in the same state or on the same electrical grid as their renewable energy sources, they contribute toward the creation of new jobs and millions of property tax dollars. Facebook works closely with state and local governments to bring more renewable energy onto the grid. They partnered with the Omaha Public Power District (OPPD) to develop a “green tariff,” Rate 261-M, which is a rate design that enables corporations to cover 100 percent of their electricity usage with renewable energy, and enabled Facebook to secure power from the Rattlesnake Creek Wind Farm.

This “green tariff” is also available to other companies beyond Facebook, which in turn may make it easier for other large companies who value sustainability to consider operating or expanding operations in Nebraska.

Solar energy, the Barefoot College and Enel in Africa.