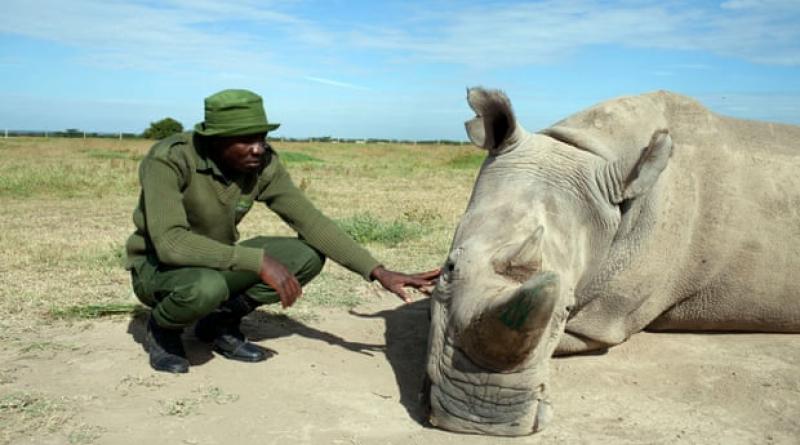 The evidence of wildlife decline can be seen on our own doorsteps, writes Pat Twidale, while Sarah Flavell wonders what it will take for us to wake up from our complacency.

I watched Extinction: The Facts on BBC One in horror as the details on the dire situation our planet is facing were exposed (Extinction: The Facts review – a heartbreaking warning from David Attenborough, 13 September). Yet it came as no surprise to me as I see the facts before me on a daily basis.

I live in Lincolnshire in the middle of arable farming land. I walk for around two hours every day. When I moved here 18 years ago, wildlife of every description was abundant. I no longer see wild rabbits, hares, stoats, etc, but most shockingly I no longer see any flying insects – our lifeline to food production. Insects in my area have been in decline for years, but this year they are almost non-existent, even the common fly. I walk surrounded by silence, some birdsong, yes, but no hum of insects. It has been this way throughout the spring and summer. To see a bee or fly is a rarity.

Yet a week ago it was announced that licences have been granted for the wholesale cull of badgers in Lincolnshire. Lincolnshire is not a cattle county and has a limited number of cattle herds. Yet the badger is to be another member of the wildlife family culled. This is the reality of rural life in parts of England, where money and position play too large a part in decision-making. The facts of extinction are not just happening in distant countries, they are happening on our own doorsteps here in the UK. The government holds the interests of those people with wealth and influence above the needs of the majority, and, more importantly, above the needs of the planet.
Pat Twidale
Langrick, Lincolnshire

Viewers watched in mounting horror as Extinction: The Facts exposed the catastrophe unfolding in our living world. But did we still care the morning after? Homo sapiens’ record of life on Earth reads like a catalogue of biological annihilation; it seems our desire to consume is insatiable and the depths of our ignorance boundless. With heart-rending positivity, 94-year-old David Attenborough declared: “I do truly believe that together we can create a better future.” In years to come, his steady voice of reason, like that of a kindly and protective grandfather, will be missed. What will it take to wake from our reverie and act as if our very existence depended on it?
Sarah Flavell
Godalming, Surrey