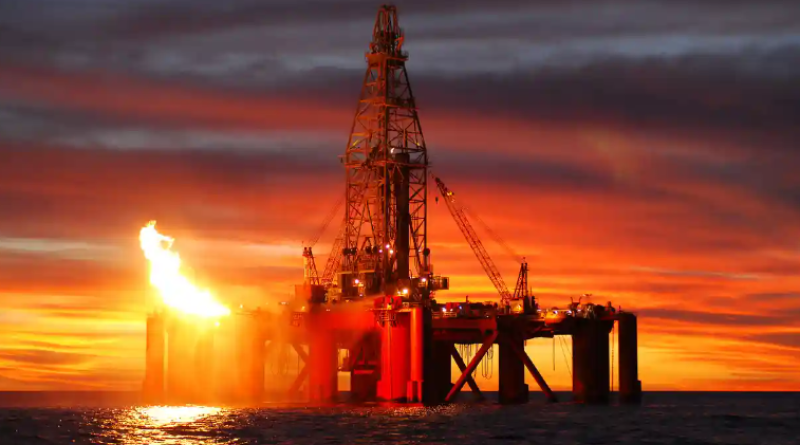 One of the most striking voices for aggressive climate action right now is the secretary general of the United Nations. Speaking at the Major Economies Forum hosted by Joe Biden last month, António Guterres held little back as he compared the culpability of coal, oil and gas companies in causing climate breakdown to the damage caused by the tobacco industry.

“We seem trapped in a world where fossil fuel producers and financiers have humanity by the throat. For decades, the fossil fuel industry has invested heavily in pseudoscience and public relations, with a false narrative to minimise their responsibility for climate change and undermine ambitious climate policies,” Guterres said.

“Nothing could be more clear or present than the danger of fossil fuel expansion.”

Whatever your view of the UN, this is not a fly-by-night, fringe position. Fatih Birol, the executive director of the International Energy Agency told the Guardian that if governments were serious about the climate crisis “there can be no new investments in oil, gas and coal, from now – from this year”. He said that 15 months ago, in May 2021.

These opinions were built on mountains of peer-reviewed science summarised by the Intergovernmental Panel on Climate Change in a report endorsed by nearly 200 national governments.

None of the above is new information, but it is worth setting out again given how disconnected much of the conversation about fossil fuels in Australia is from this fact-based analysis.

The disconnect was on display over the past fortnight as the prime minister, Anthony Albanese, declared that parliamentary support for climate change legislation was “an opportunity to end the climate wars”, while also arguing in favour of a continued expansion of coal exports.

The disconnect is also in full effect in the debate over what to do about gas, which gets a much easier ride than coal. Outside of the Greens and some independents, it is rare to hear Australian MPs acknowledge what Guterres points out – that gas is a central driver of the climate emergency.

Let’s step through the basics. Australia’s export gas industry expanded at an extraordinary pace over the past decade. According to Bill Hare from Climate Analytics, emissions from liquified natural gas (LNG) production in Australia increased by about a third over the past four years. The industry is responsible for 7.5% of the country’s carbon footprint. It is the reason that national industrial emissions continue to rise.

The emissions from gas production recorded in Australia’s greenhouse accounts are just a fraction of the total they cause. Three-quarters of the gas extracted in Australia is processed here and then shipped and burned overseas.

Political and industry leaders have argued these LNG shipments are good for the planet because gas sold overseas replaces coal and therefore lowers global emissions. But do we know this is true? No evidence has been provided to back it up. In Australia’s Asian markets gas is competing with zero-emissions renewable and nuclear energy.

The Western Australian Labor premier, Mark McGowan, gave a textbook example of this argument, telling reporters “if we don’t provide gas, well, other countries put in more coal”, which had “two or three times the emissions”.

But, as Graham Readfearn has pointed out, claims that LNG exports are much less dirty than coal do not stack up.

Gas releases 50-60% of the carbon pollution of coal when burned, but that estimate does not count “fugitive emissions” – highly potent methane that leaks during extraction, processing and transportation – or the vast amounts of energy needed to compress raw gas into liquid form before it is shipped and then turn it back into gas. The biggest user of gas in Australia is actually the LNG industry itself.

Bottom line: the industry’s impact on the climate is larger than we are told.

This evidence is routinely discarded when new gas fields are proposed. Analyses suggest Woodside’s $16bn development of the Scarborough gas reservoir could add 1.37bn tonnes of carbon dioxide – nearly what Australia emits every three years – to the atmosphere. Fracking of the Northern Territory’s Beetaloo Basin could do roughly the same. Both proposals have enjoyed bipartisan political support.

What about the other arguments that are made for expanding the industry? The Morrison government claimed it would be great for the economy and committed public money to make it happen. But, as the Australia Institute has set out, there is no evidence a gas expansion would create a lot of jobs. The $50bn industry directly employs about 30,000 and pays relatively little tax.

What about the claim that gas is vital for manufacturing industries? This is true in some cases, but far fewer than often suggested. The Grattan Institute found about two-thirds of the gas used in manufacturing was consumed at just 15 facilities that employ about 10,000 people.

Do we need more gas for power generation? Again, no. Gas-powered plants are small players in electricity, mostly used to fill gaps.

Last week, a faintly ludicrous argument played out after the consumer watchdog said there could be a 10% shortfall in the gas required to meet needs on the east coast next year.

But there is no shortage – just a question of where Australia’s gas is directed. The three big gas companies that export LNG from Queensland were quick to say they always intended to meet local needs after the government threatened to force their hand.

Gas costs have skyrocketed this year due to rampant profiteering that has seen fossil fuel companies inflate spot prices by up to four times following Russia’s invasion of Ukraine despite production costs more or less staying the same. Merely ensuring supply won’t do anything to address this real problem.

The Albanese government is going to need to do more, with a windfall profits tax – a move backed by Nobel prize winning economists and ex-energy industry executives – the obvious step to force the industry’s hand.

The medium-term solution will need to go much further. A serious conversation is needed about how Australia can reduce its reliance on gas by equipping households and businesses to run their heating, cooking and, where possible, industrial processes on renewable electricity.

Perhaps this will gain pace in the months ahead as the government assesses what to do about the huge gas subsidies promised by the Coalition in its final months in power. But so far there is little to suggest the long-running capture of the political system by fossil fuel interests is going to end just yet.