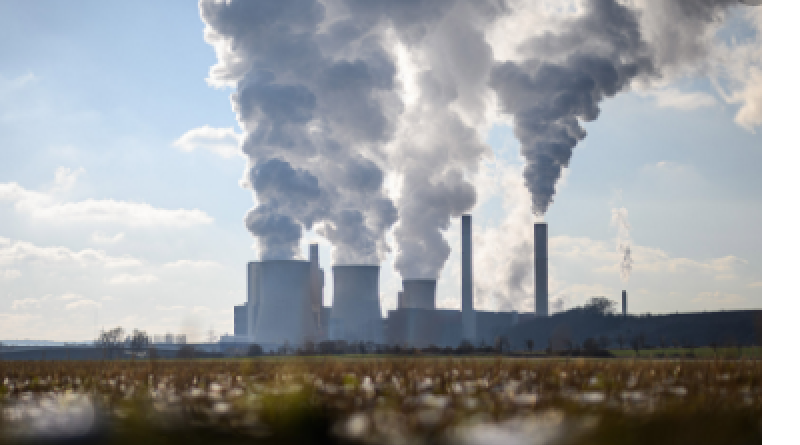 The decision is precedent-setting for the insurance industry.

Axa SA, France’s biggest insurer, is dropping German energy giant RWE AG as a client in a decision that highlights how taboo the coal business has become.

Not even an appeal from RWE Chief Executive Officer Rolf Martin Schmitz to his counterpart at Axa, Thomas Buberl, was enough to persuade the insurer to retreat from its conviction that the utility’s coal operations are too large and it’s moving too slowly to shrink its carbon footprint, according to two people with knowledge of the matter who declined to be identified.

“By turning away one of Europe’s biggest utilities because they are too dependent on coal, Axa has set an important precedent for itself and other insurers,” said Peter Bosshard, finance program director at environmental nonprofit the Sunrise Project, adding that RWE must be an account worth millions of dollars a year in insurance.

Rejecting customers amid Europe’s deepest recession since World War II, shows how, for some companies, climate change has gone from a talking point on panel discussions to a key factor in day-to-day business decisions. Insurers like Axa carry a particularly big stick, since there are only a handful big enough to cover global customers.

An Axa spokeswoman said the Paris-based insurer doesn’t comment on individual clients. She wasn’t more specific, except to say that “we have just applied our policy.” At RWE, a spokeswoman said the company doesn’t provide information about the scope of its relationships with its many individual insurers. RWE is changing and is “already a global leader in the field of renewable energy” and has cut its CO2 emissions by 90 million tons since 2012, she said.

Axa became the first insurer to impose coal-related underwriting restrictions when it made the choice in 2017 and the company stopped providing insurance for coal mines and plants at the end of 2020 after a two-year grace period expired, people familiar with the matter said.

With RWE, one of Europe’s biggest coal mine operators and largest emitters of greenhouse gases, Axa is going even further. The French company will sever all its ties with the utility by the end of next year, even refusing to insure RWE’s renewable projects, the people said.

Nicolas Jeanmart, head of personal and general insurance at Insurance Europe, the European federation of national insurance associations, said he isn’t aware of any other companies that have been dropped by an insurer due to concerns about climate change.

What makes the move by Axa particularly striking is that RWE, though a major coal producer, has committed to become a carbon-neutral company by 2040. In December, a group of climate scientists gave validation to RWE’s climate targets, saying they were in line with the objectives of the Paris Agreement.

Armed with an endorsement from the Science Based Targets Initiative, a nonprofit that helps companies translate the Paris Agreement’s aim of keeping global warming under 1.5 degrees Celsius into concrete measures, RWE launched a charm offensive at the start of the year. This included a call from Schmitz to Axa’s Buberl asking to be allowed back into the fold, said the people familiar with the matter.

As coal is the most carbon-intensive fossil fuel, restricting support to companies involved in extracting or consuming it is typically a first step for financial firms that are designing sustainability strategies. At least 65 insurers with combined investments worth $12 trillion — more than 40% of the industry’s total assets — have either adopted a divestment policy or committed to making no new coal investments, according to the Insure Our Future campaign, which is pressing insurers to stop underwriting and investing in climate-damaging projects.

The result is it has become more expensive and harder to get insurance, something that’s a regular gripe of companies from the U.S. to Australia. Coal companies are facing rate increases of as much as 40%, according to a report from broker Willis Towers Watson.

And for a company the size of RWE, which has a market capitalization of more than 20 billion euros ($24 billion) and operations spanning 18 countries, losing an insurer can be very burdensome, said Heffa Schuecking, a director of German environmental nonprofit Urgewald.

By the end of next year, Allianz SE, Germany’s biggest insurer, has plans to exclude, from its property and casualty insurance portfolio, any company that derives 25% of its energy generation from coal or has 5 gigawatts or more installed thermal coal capacity. RWE currently fails on both counts. Zurich Insurance Group AG is giving companies that generate more than 30% of their revenue from mining thermal coal, or generate more than 30% of their electricity from coal, a transition period to become compliant with the Paris Agreement.

“The insurance business is very concentrated,” Schuecking said. “If a few big players exclude a company, everyone else knows it and the writing is on the wall that in the future you won’t be a welcome client at the other major insurers.”

Zurich Insurance Group to use 100% renewable energy by 2022.