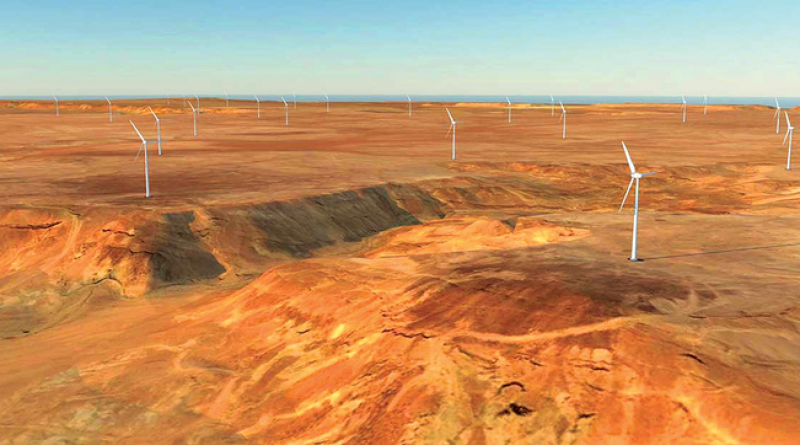 DUBAI: Like many executives around the world, Bruno Bensasson hasn’t been on a plane much in the last year. However, one of the few flights he did take recently was to Riyadh to check up on the progress of two massive renewable energy projects, showing the French company’s dedication to both the Kingdom and the renewable energy sector.

Saudi Arabia is aiming to generate 50 percent of its energy from renewables by 2030, with the remainder provided by gas. Bensasson is chairman and CEO of EDF Renewables, a subsidiary of French state-controlled power group EDF.

His flight to the Kingdom was for the unveiling of a solar power plant in Jeddah, which is being built in partnership with Abu Dhabi’s renewable energy company Masdar and privately owned Saudi firm Nesma Co.

The consortium was awarded the 300-megawatt utility-scale photovoltaic solar power plant by the Saudi Ministry of Energy after it submitted a bid of SR60 ($16.24) per megawatt hour. The group signed a 25-year Power Purchase Agreement, and the plant is expected to be operational in 2022.

“These large-scale renewable installations are perfectly in line with the EDF Group’s CAP 2030 strategy, which aims at doubling its renewable energy net capacity in operation worldwide, between 2015 and 2030, from 28 to 60 gigawatt net,” Bensasson said at the time.

EDF Renewables’ other big project in the Kingdom is the 400-megawatt Dumat Al-Jandal utility-scale wind farm project, located 900 kilometers north of Riyadh in the Al-Jouf region. The Middle East’s largest wind farm, construction began in August 2020 and reached the halfway point in April this year.

“We are now aiming at having all the turbines in operation I would say by Autumn 2021,” Bensasson told Arab News. Similar to the solar power plant, the wind farm was built as part of a consortium consisting of EDF Renewables and Masdar.

The $500 million wind farm will feature 99 wind turbines, each with a power output of 4.2 megawatts. It is predicted that that the first turbine will start creating power in the coming weeks, and when complete, will power 70,000 Saudi households per year and save 988,000 tons of carbon dioxide, helping the Kingdom achieve its Vision 2030 and Saudi green goals. Like many projects around the world, the coronavirus disease (COVID-19) pandemic has slightly delayed progress on the project. “There were some difficulties for staff and construction workers to access the site last year. We perfectly understand that, so it took some months — several months — to have the possibility to access the site,” Bensasson said.

It was not only the wind farm that was impacted — coronavirus affected the entire region. The Middle East saw a 5 percent year-on-year increase in its renewable energy capacity last year, down from 13 percent growth in 2019, according to the UAE-based International Renewable Energy Agency.

However, the global agency said that despite the slower growth in 2020, Saudi Arabia’s capacity has grown significantly over the last nine years — starting at only 3 megawatts and increasing to 413 megawatts in 2020.

Bensasson has worked in the renewable energy industry for almost 20 years, but believes that only now the technology has started to become a viable reality.

He said: “It’s my day-to-day reality, it’s really a booming reality. I would say that it has really changed since 2010. To give you a figure, in 2000, 70 percent of solar was developed in Europe, especially in Germany, Italy and Spain. And you will agree that they are not the biggest or sunniest countries. And same for wind. It’s totally different. About 60 percent of the growth now is within China and India. “Many countries have opted in.

And the reason for this shift, I would say, is twofold: One is economic and the other  is ecological.” Bensasson added that another factor in the growing popularity of renewables is the cost of wind production dropping 8 percent per year, and solar by about 15 percent per annum, making them “no-brainer solutions for many countries.”

EDF has been active in the Middle East for 20 years and has offices in Riyadh, Abu Dhabi, Dubai, Bahrain and Doha, with 199 employees.

Saudi Arabia bets the House on a greener planet.

EDF and Uzbekhydroenergo to develop pumped hydro and floating PV.