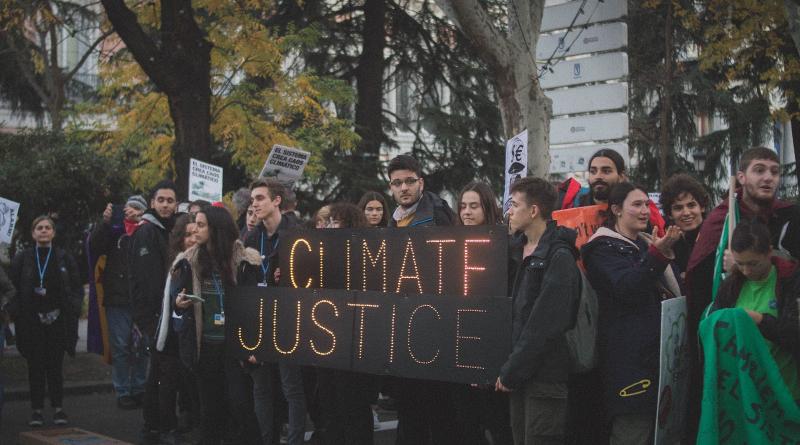 While Covid-19 (“Corona-Virus”) is spreading worldwide, Fridays for Future is taking responsibility and moving its protests to the internet. Starting this friday the movement will hold weekly webinars and discussion rounds with scientists, journalists and activists as well as other international high-level experts. This week's guests will be the journalist and activist Naomi Klein as well as the climate change and health team leader at the World Health Organisation Diarmid Campbell-Lendrum.

“Even though we have been drawing attention to the climate crisis at our weekly strikes for over a year now, education on the causes and solutions of the climate crisis remains highly insufficient.. We’re taking this education in our own hands with our new project #TalksForFuture, so that even in these coming weeks, where we are flooded with news about the coronavirus, we won’t forget about the climate crisis.” says activist Ariadne Papatheodorou, age 16, from Greece.

Fridays for Future is trying to meet its responsibility as a member of society due to the danger of the virus. To slow its further spreading, Fridays for Future has decided to cancel and postpone all big gatherings. In addition to that, activists are organizing ways to help, and are calling for support of, risk groups. The past Fridays, Fridays for Future has already called for a #ClimateStrikeOnline, a strike from home and in the internet.

“For months we have been asking everyone to ‘unite behind the science’ and to listen to the experts. For us that means that we listen to experts in these fields just like we listen to climate scientists.” says activist Mitzi Tan, age 22, from the Philippines.

The first webinar, with Naomi Klein and Diarmid Campbell-Lendrum, will take place this Friday 27th March at 2pm GMT. It will be streamed live on YouTube, Twitter and Facebook and can be watched afterwards on YouTube. The link for the webinar will be published on https://globalclimatestrike.net/

Global Climate Strike begins in Australia. Fridays for the future of humanity. The children fighting our fight. [updated video]