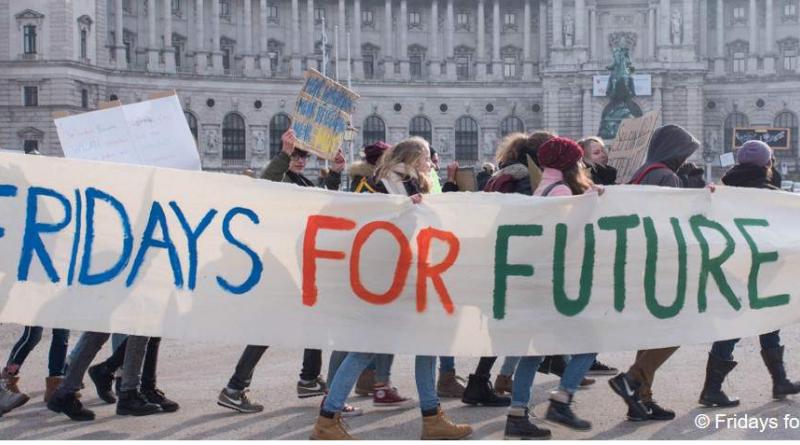 The United Nations Environment Programme (UNEP) recognized Fridays for Future in the ‘Inspiration and Action’ category.

Fridays for Future was honoured for electrifying the global conversation about climate change at a time when the window of opportunity to avoid the worst effects of rising temperatures is rapidly closing. Millions of passionate activists have joined the movement to insist that their voices be heard.

Every Friday, students around the world take to the streets to demand that politicians do more to acknowledge and act upon the reality and severity of climate change. These regular marches have attracted more than one million young people across over 100 countries.

“The Fridays for Future movement has brought passion, hope and urgency to our efforts to tackle the worst effects of climate change. These young people are an inspiration and leading voices reminding us that what we do - or fail to do - today will have consequences in the future,” said Inger Andersen, Executive Director of the United Nations Environment Programme.

“They understand that we are in a race for our lives. They should inspire us all to do our utmost to tackle the climate emergency - we ignore them at our peril,” she said.

The Fridays for Future movement began after Thunberg sat in protest in front of the Swedish parliament for three weeks in 2018 to draw attention to the climate emergency. Inspired by her example, other students around the world started organising their own protests.

Thunberg will attend UN Secretary-General António Guterres’ Climate Action Summit in New York on 23 September, having crossed the Atlantic in a carbon-free racing yacht to avoid travelling by air, and will accept the award on behalf of Fridays for Future at a ceremony in New York on 26 September.

The Secretary-General has urged world leaders, businesses and civil society to come to the summit with concrete ideas of how they will cut emissions by 45 per cent in the next decade and achieve net zero emissions by 2050, in line with the Paris Climate Agreement and the United Nations Sustainable Development Goals. He has urged leaders to “come with a plan, not a speech”.

The passion and energy displayed by the Fridays for Future movement offer hope that global leaders can be persuaded to act to reduce carbon emissions within 12 years and hold the increase in the global average temperature to well below 2°C and even, as advised by the latest science, to 1.5°C above pre-industrial levels.

“I am delighted that Fridays for Future has received this award, which pays tribute to the millions of students and young people who have demanded immediate climate action and that we listen to the united science,” Thunberg said.

“We are at a critical turning point and we cannot stay silent. Our leaders must act now to limit the worst effects of the climate crisis. We will keep demanding action because the alternative is to accept the unacceptable.”

In June, Thunberg and the Fridays for Future movement were honoured with Amnesty International’s Ambassador of Conscience award, which celebrates people who have shown unique leadership and courage in standing up for human rights. 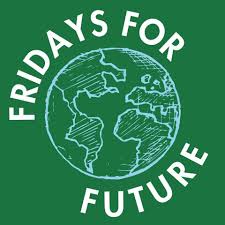 Champions of the Earth is the UN’s flagship global environmental award. It was established by the UNEP in 2005 to celebrate outstanding figures whose actions have had a transformative positive impact on the environment. From world leaders to environmental defenders and technology inventors, the awards recognise trailblazers who are working to protect our planet for the next generation.

Fridays for Future is among five winners this year. The other categories are Policy Leadership; Entrepreneurial Vision; and Science and Innovation. The 2019 laureates will be honoured at a gala ceremony in New York on 26 September during the 74th UN General Assembly. Also honoured at the event will be seven environmental trailblazers between the ages of 18 and 30, who will take home the coveted Young Champions of the Earth prize.

Previous winners of the Champions of the Earth award for Inspiration and Action include Afroz Shah, an Indian lawyer who organised the world’s biggest beach clean-up project in Mumbai (2016); the all-female Black Mamba anti-poaching unit from South Africa (2015); and Martha Isabel Ruiz Corzo, a community-based conservation activist from Mexico (2013).

About the UN Environment Programme

The UN Environment Programme is the leading global voice on the environment. It provides leadership and encourages partnership in caring for the environment by inspiring, informing and enabling nations and peoples to improve their quality of life without compromising that of future generations.

The Champions of the Earth are organised in partnership with Weibo – China’s leading social media outlet for people to create, share and discover content online. Weibo has over 486 million monthly active users.

About Champions of the Earth

Global Climate Strike begins in Australia. Fridays for the future of humanity. The children fighting our fight. [updated video]