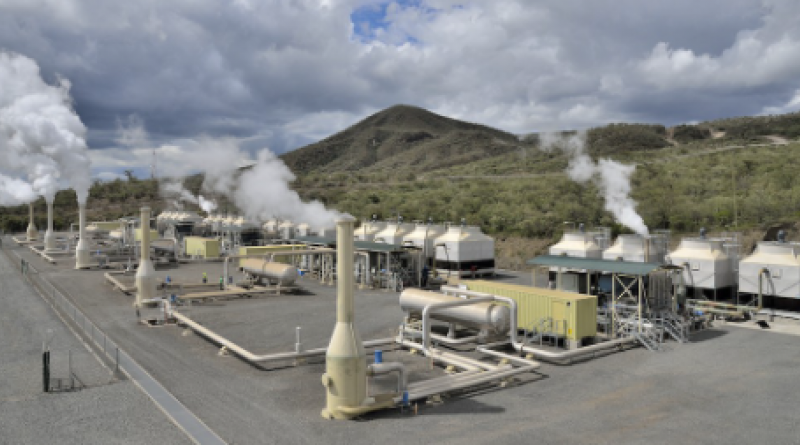 When Kenya opened the Olkaria power plant four decades ago, it was considered more research project than commercial venture. Located in Hell’s Gate National Park, a barren zone of volcanic rock permeated by sulfurous gases and populated mostly by warthogs and zebras, the facility generated electricity using steam rising from deep in the ground. The untested and costly geothermal technology was at best experimental, with the first unit expected to supply power for perhaps 10,000 homes. Today, Olkaria generates more than 50 times that, and the technology is on track to become the backbone of the country’s electricity grid. “Our strategy going forward is geothermal,” says Rebecca Miano, chief executive officer of the state-owned Kenya Electricity Generating Co., or KenGen.

For decades, Kenya and surrounding countries focused on hydroelectric power and oil-fueled thermal stations, but lately they’ve awakened to the potential of their vast underground energy resources. The region sits astride the Great Rift Valley, an area where tectonic plates meet, bringing the magma at the Earth’s core closer to the surface. It’s one of the world’s most active volcanic zones—Mount Kilimanjaro lies at its heart—with dozens of hot springs hinting at the intense heat lying just below. Kenya gets nearly half of its electricity from geothermal plants, more than any other country, according to researcher Fitch Solutions, and it’s on track to increase that to almost three-fifths by 2030.

Olkaria, the continent’s first geothermal power station, is fed by pipes drilled almost 2 miles into the Earth’s crust. These deliver high-pressure steam as hot as 350C (662F), which is used to propel giant turbines. Over the next five years, KenGen plans to invest $2 billion in four new plants and other upgrades at Olkaria that will almost double Kenya’s geothermal capacity to more than 1.6 gigawatts—enough to power a city of 1 million. Longer term, KenGen predicts, the country has the potential to generate at least six times that.

UK Government urged to use geothermal to aid the green recovery.