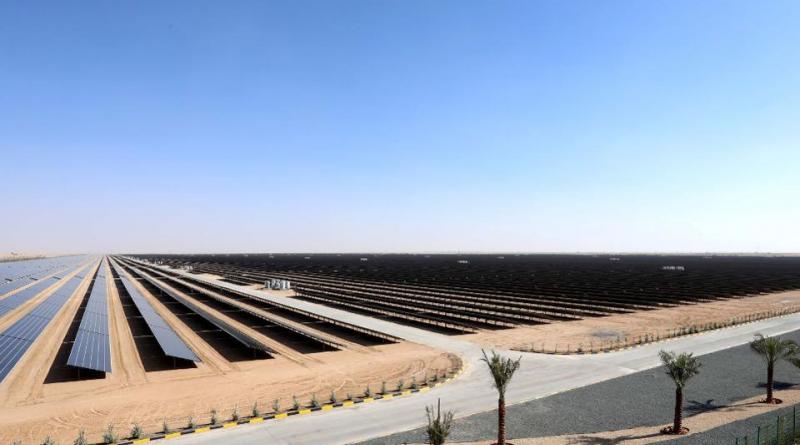 Gulf energy companies are leading the way in one of the world’s newest markets for renewable energy, with Saudi and UAE firms picking up the first contracts to develop solar power projects in Uzbekistan.

The government of the central Asian republic has ambitions to develop up to 5GW of solar power and 3GW of wind power by 2030, helped by international partners such as the Asian Development Bank (ADB), the European Bank for Reconstruction and Development (EBRD) and the World Bank’s International Finance Corporation (IFC).

Last year the first significant steps were taken when the government launched a plan for a 100MW plant in the Navoiy region, in what was the country’s first competitively tendered solar power project. Uzbekenergo, the state-owned power utility, received submissions from 23 companies, which Wiebke Schloemer, IFC regional director for Central Asia and Europe, said at the time was proof of “strong investor interest in Uzbekistan.”

On October 4, the UAE’s Masdar Clean Energy was announced as the winner, having submitted a bid priced at 2.7 U.S. cents per kilowatt hour (kWh). That is some way off the lowest prices achieved in other parts of the world, where solar energy can cost well under 2 cents per kWh, but far below the cost of electricity generation based on fossil fuels which typically falls in a range of $0.05 to $0.15 per kWh.

Later that month, Uzbekistan signed a mandate with the IFC to develop up to 900MW of solar power through public-private partnerships (PPPs).

This year there has been further movement. On March 8, Saudi Arabia’s Acwa Power signed an agreement with the Ministry of Energy for the development, financing, construction, operation and maintenance of wind power plants with a capacity of 500-1000MW, worth $550 million to $1.1 billion. It was one of three deals announced at the time between Acwa Power and the ministry, with others including a $1.2 billion scheme to develop a 1.5GW combined cycle gas turbine power plant, and a memorandum of understanding to set up a training centre for Uzbek students and professionals.

It is not only Gulf developers that are winning business though. The Energy Ministry says it also has a deal with France’s Total Eren to develop a 100MW solar power station in the Samarkand region. Nonetheless, Gulf developers appear in a strong position given their experience in nearby markets and track-record of delivering low-cost renewable energy projects.

Acwa Power and Masdar are among a handful of Gulf utility companies which have expanded around the world. Acwa has 56 projects in 11 countries while Masdar is operating in more than 20. An energy investment conference in Tashkent in early March also attracted interest from Kuwait.

Many more projects are due to emerge in Uzbekistan in the coming months and years. According to the Energy Ministry in Tashkent, the EBRD is providing assistance to develop 1GW of wind energy projects. A tender for a wind project in Karakalpakstan is due to be announced soon.

The ADB is also helping with a program of 1GW of solar energy projects. The first element of this was launched in February, with expressions of interest sought for a 200MW solar photovoltaic power plant in the Sherabad district of Surkhandarya region. According to the ministry, some 54 companies threw their hats into the ring for the tender, including Acwa Power and Masdar as well as a slew of companies from China, South Korea and several European countries.

Later in February, the ministry launched a request for expressions of interest in two more solar projects, this time working with the IFC. The plants will be located in the Samarkand and Jizzakh regions, each with a capacity of 200MW. Bidders had until March 21 to submit an expression of interest – no announcement has yet been made on how many bids were received.

According to the International Renewable Energy Agency, Uzbekistan had 1.8GW of installed renewable capacity in 2018, although that was all in the form of hydropower. Solar and wind energy are new technologies for the country. It is a similar picture around much of central Asia, where hydropower and oil and gas-fired plants account for almost all electricity generation.

The only central Asian republic to develop meaningful amounts of non-hydropower renewable energy to date is Kazakhstan, which has around 120MW of wind energy and 209MW of solar power, as of 2018. The oil-rich country is planning to generate 30% of its energy needs from renewable sources by 2030.

In the past, the high capital costs of developing renewable energy projects, coupled with a lack of legislative frameworks for the sector, have hindered development. Both of these problems are starting to fall away though, with renewable energy costs falling rapidly and laws being put in place.

The potential of these countries for clean energy has long been recognized. Turkmenistan’s desert climate offers plenty of scope for solar power plants for example and in 2014 the United Nations Development Program (UNDP) said Kazakhstan had the potential to generate 10 times as much power as it used from wind energy alone. The developments now underway there and in Uzbekistan could provide a useful model for other countries in the surrounding region to follow.