How floating wind turbines could change the global energy map 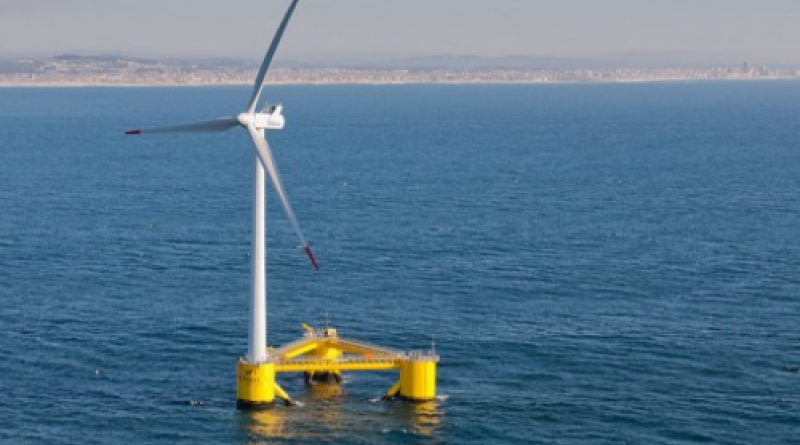 For many years, offshore wind turbines have been fixed to the seabed, meaning they could only be located in shallow areas. The problem is that most countries’ coastlines soon descend to much deeper water.

Wind farms have generated huge amounts of energy, and allowed big companies like Denmark’s Ørsted to display their leadership transitioning from fossil fuel to renewables in a decade. Now the idea is to find another way to locate them without fixing them to the seabed. Technologically, an impressive challenge that has been described as “putting a bus on a tall pole, making it float and then stabilizing it while it interacts with wind and waves,” but which allows them to be placed at much greater depths, where they are simply anchored to the bottom with one or more points instead of trying to build a rigid structure, which are considered technically feasible only at depths of less than fifteen meters.

Floating wind turbines are still in the experimental phase: until 2018, the only floating turbine wind farm was in Scotland, with a maximum capacity of 30 MW. But the gradual improvement of the technology is making it possible for some countries with deep-water coastlines to start producing large amounts of electricity, such as the United States, Australia, Ireland or Portugal. Many of these areas have strong and relatively constant winds, making it possible for these turbines to generate energy consistently. Being able to locate these turbines in waters farther from the coast and at depths of up to a couple of hundred meters makes it possible, on the one hand, to reduce their visual impact, and on the other, to avoid the areas most exploited by fishermen, in addition to reaching areas with stronger and more constant winds.

The turbines are similar to those fixed to the seabed: the major difference is in the design of the platform that supports them and in the controls used to manage their operation in the open sea. Those controls are automated and coordinated with each other to try to improve the way the turbine responds to the wind and waves. The controls allow the floating turbine to adjust to take advantage of the strongest winds but without tipping over, maximizing its energy output. The technology used, previously developed for oil and gas extraction platforms, is called tension-leg platform, which anchors the platform to the seabed with adjustable tendons. Sensors on the platform detect wind gusts and wave characteristics and, in real time, adjust the length of these tendons accordingly so that the platform can stay above the waves in the right position.

Some countries have developed projects of this type to replace coal-fired power plants and complete the decarbonization of their power generation fabric. Others see them as technological developments that, in addition to generating energy, will give them a technological advantage so they can supply components to other countries, thus creating specialized employment. In any case, we are talking about a completely sustainable resource, wind, and the possibility of adapting its exploitation to areas where it was not considered technically feasible. We will see to what extent and at what speed different countries take advantage of it, and to what extent this may affect the global energy map.

Floating wind farms – the power source of the future.