How Forced Labor in Eritrea Is Linked to E.U.-Funded Projects. 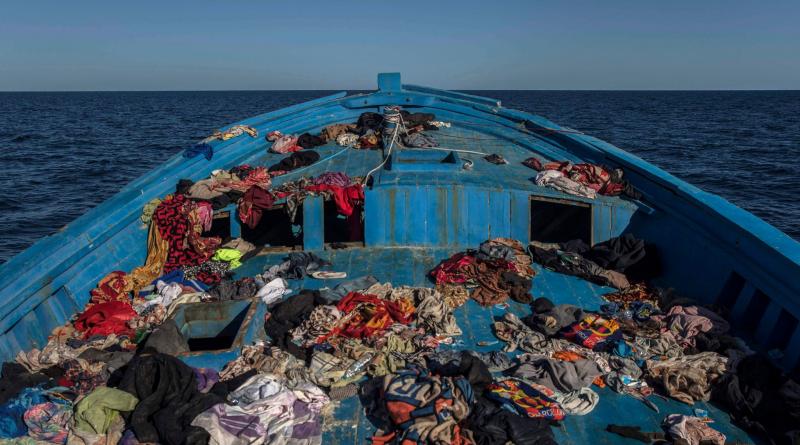 BRUSSELS — The European Union spent 20 million euros last year in Eritrea, hoping to help stem an exodus from the repressive African country, which is consistently one of its biggest sources of asylum seekers.

The money, about $22 million, bought equipment and materials to build a road, a seemingly uncontroversial task. The catch? Many workers on the construction site are forced conscripts, and the European Union has no real means of monitoring the project.

The decision caused outrage in human-rights circles. But that did not stop the bloc in December from deciding to give Eritrea tens of millions more, funding a system of forced conscription that the United Nations has described as “tantamount to enslavement.”

The additional aid, of €95 million, has not been previously reported, and is a jarring example of the quandary facing the European Union as it scrambles to drastically curb migration.

When it comes to Eritrea, a closed nation of about five million people in the Horn of Africa, the bloc has little real oversight of the projects it is funding, and it has decided not to make its aid conditional on guarantees of democratic reforms.

The money is part of a €4.6 billion European Union Trust Fund for Africa, a special fund created at the height of the refugee crisis in 2015 to “address the root causes of migration.”

While that plan is supported by a broad consensus, its execution has tarnished what many see as a worthy goal, even raising questions of whether it has become counterproductive.

The flow of asylum seekers out of Eritrea remains consistently high. At least 5,000 Eritreans have sought asylum in Europe every year in the past decade. In 2015 and 2016, the number peaked at over 30,000, and last year it was more than 10,000.

At least 80 percent of the requests were successful, according to Eurostat, the European Union statistics agency, meaning that European countries overwhelmingly consider Eritreans legitimate refugees.

European officials and migration experts believe that Eritreans will continue to arrive in the thousands, even as overall numbers of new migrants drop from mid-decade highs.

That drop is more to do with a crackdown at Europe’s Mediterranean borders, through agreements with Turkey and Libya, than with funding to Africa or the Middle East.

The European Union trust fund is a long-term approach, even as it has become an immediate part of the bloc’s thickening forward defense against migration as it tries to address it at its source in Africa.

Its endowment is being spent across the continent, with special focus on the countries that send the highest numbers of asylum seekers to Europe.

Since the trust was declared “emergency” funding, it is not subject to the stringent procurement and oversight demands that normally accompany European Union spending.

When it comes to Eritrea, European officials have switched to what they call “a dual-track approach” — talking with the government while also giving it money, irrespective of outcomes.

In all, €200 million from the fund is earmarked for Eritrea. The hope is that the money will help lift the local economy, create jobs, keep Eritreans at home and cement the peace agreement with its erstwhile enemy Ethiopia that was reached in mid-2018.

Overlooked or ignored in the calculation, the European Union’s critics say, is the appalling record of an Eritrean government that is considered one of the world’s worst human-rights abusers.

Africa’s ‘climate refugees’ are already here – and there