How to have an all-renewable electric grid. 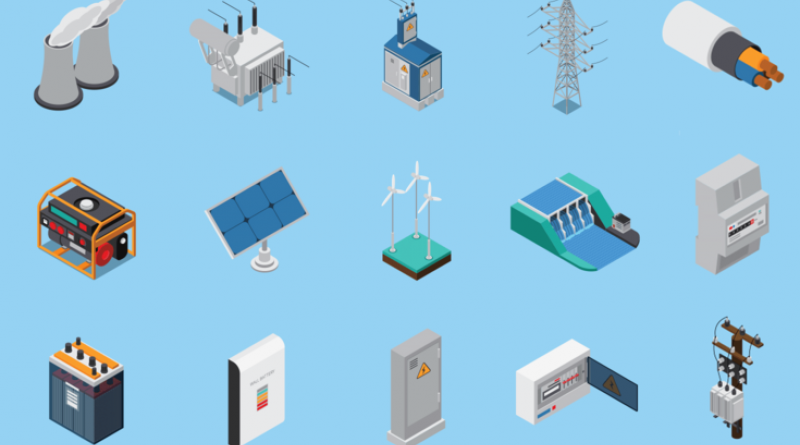 The main solution to climate change is well known — stop burning fossil fuels. How to do this is more complicated, but as a scholar who does energy modeling, I and others see the outlines of a post-fossil-fuel future: We make electricity with renewable sources and electrify almost everything.

That means running vehicles and trains on electricity, heating buildings with electric heat pumps, electrifying industrial applications such as steel production and using renewable electricity to make hydrogen (PDF) (similar to natural gas) for other requirements. So the focus is on powering the electric grid with renewable sources.

There is debate, though, about whether fully renewable electricity systems are feasible and how quickly the transition can be made. Here I argue that feasibility is clear, so only the transition question is relevant.

My research focuses on the economics of renewable energy. To demonstrate feasibility and estimate cost of renewable electricity systems, researchers use computer models that calculate potential production from different technologies at each point in time, based on changing weather conditions. A model reveals which combination of electricity sources and energy storage systems has the lowest cost while always meeting demand.

Many studies demonstrate that fully renewable electric grids are feasible in the United States,Europe, Australia and elsewhere. My colleagues and I recently completed a small-scale study on the island-nation of Mauritius. Islands are attractive places for initial renewable transitions because of their small scale, relative simplicity and dependence on imported fuels.

" Many studies demonstrate that fully renewable electric grids are feasible in the United States, Europe, Australia and elsewhere."

There are a number of ways to make renewable electricity (PDF): hydro; wind; solar photovoltaics; geothermal and burning various forms of biomass (plant matter), besides improving efficiency to use less energy. These are mature technologies with known costs.

Other possibilities include wave, tidal and concentrating solar power, where reflectors focus solar rays to produce power. While these may be used in the future, the need to address climate change is urgent, and in my estimation, the mature technologies suffice.

Opinions on nuclear energy run strong, which is another conversation. But models show that the United States does not need nuclear energy to retire fossil fuels.

The grid of the future

Renewable energy systems are location-specific: The best system depends on a location’s resources (is it windy?), its temporal pattern (how often is it not windy?) and availability of complementary sources (is there hydropower for backup?). Despite this location sensitivity, studies in disparate places are finding similar results.

Having a diversity of renewable sources can reduce costs. In particular, solar and wind arecomplementary if the sunny season is not the windy season; models find that a combination of both is typically less expensive than either alone.

For most technologies, larger scale reduces cost. For example, in the United States, large-scale solar farms can be more than 1,000 times larger than residential rooftop systems and about half the cost. To minimize cost, we build large systems.

Because solar and wind conditions vary across the landscape, system costs fall as a production area grows, so there needs to be a robust electric grid to move electricity from places where there is supply to places of demand. We also need more electricity for applications such as transportation that currently use fossil fuels. This means the grid must grow.

Studies show that running an electric grid with variable renewable energy will include not using, or dumping, some energy at times, a strategy that reduces cost compared to always storing surplus energy.

Still, some form of electricity storage is needed. Batteries work well for smoothing short-term fluctuations, but for storing energy for many hours or days, pumped hydroelectric storage is less expensive. Pumped hydro uses any extra energy in the grid to pump water uphill, and when energy is needed, the water runs back down to generate power in a turbine. The United States has some existing examples and many feasible locations. With grid expansion, storage may be located at a distance from users.

Hydroelectricity and biomass power are available on demand, so having these in a renewable electric grid shrinks the energy storage need and reduces cost. Both have environmental effects that must be managed. 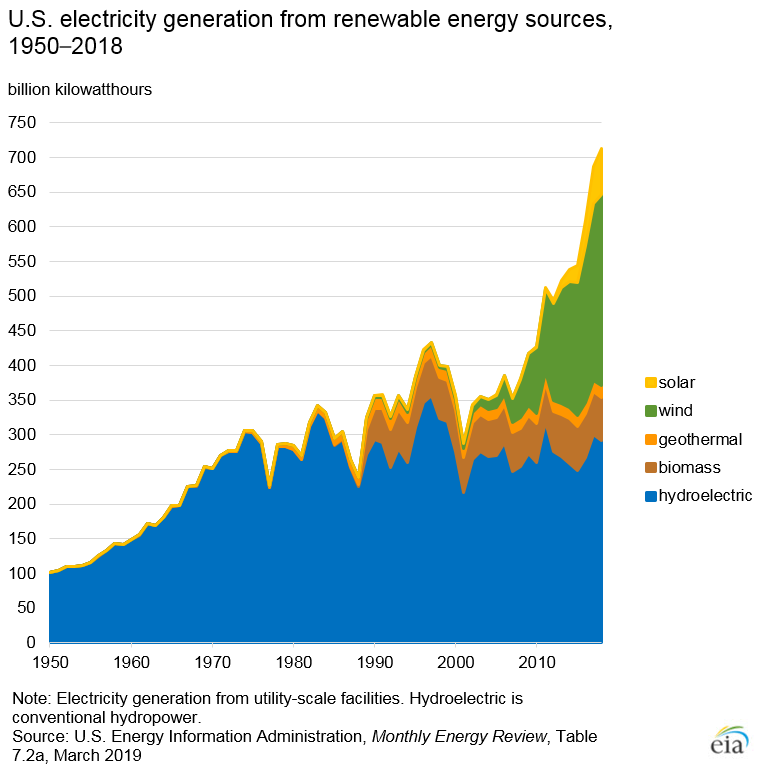 Hydropower can alter local ecosystems. Burning biomass emits carbon dioxide, but a study I worked on shows that biomass emissions are reversible and are clearly carbon-preferable to fossil-fuel emissions. Sustainability also depends critically on management of biomass fields and forests; the human track record on this has not been stellar.

Real barriers are political and cultural

A future renewable electricity grid with associated electrification may or may not reduce energy costs. But avoiding the worst effects of climate change means quitting fossil fuels, regardless whether this saves money. Still, the renewable transition will be faster and politically easier if it is less expensive.

Costs are expressed in terms of dollars per megawatt hour. Chart: The Conversation, CC-BY-ND Source: Lazard, Levelized Cost of Energy 2017

And that’s it, from a technical perspective. A combination of renewable sources and energy storage — the specific combination depending on local conditions and preferences — can supply all the electricity needed at an affordable price, and will reduce air pollution to boot.

But government policies are needed to make a transition to renewable energy. Climate change is an external cost — borne by society rather than by energy producers — so market forces alone will not make the transition. Besides putting a price on carbon (perhaps with dividends returned to the public), government could make it easier to build the needed infrastructure. And public support is needed: For example, public acceptance of transmission lines to move electricity from the windy Great Plains to city centers is another challenge for an all-renewable grid.

A project on the scale of transforming the energy system will create jobs — many jobs — which is perhaps the economic measure of most importance to the citizenry.

Research from me and others shows that fully renewable electric grids are feasible with current technology at current prices; barriers to using renewable electricity are more political and cultural than technological or economic.

This article is republished from The Conversation under a Creative Commons license.

The global community is finally acting on climate change, but we need to switch to renewable energy faster.

‘We must switch to renewable energy for the environment, rural jobs and agriculture’.