Humans are greening the planet, but the implications are complicated. 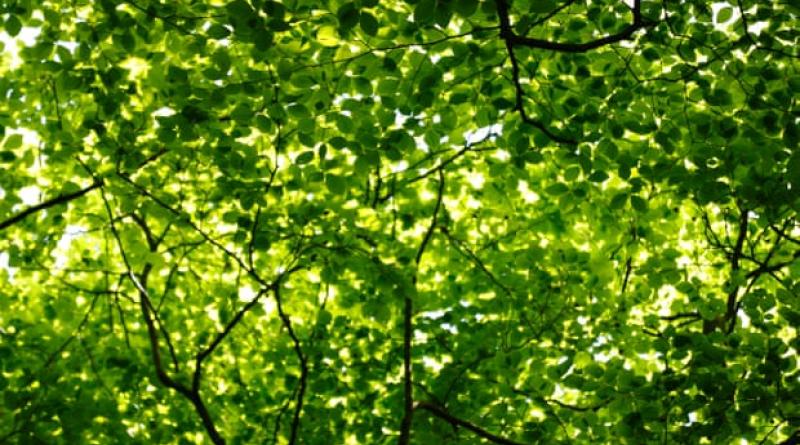 New study shows humans are influence the growth patterns of plants, but it’s not as simple as ‘greener is better’.

The Earth’s climate is changing – in fact, it always changes. But in the current context of human influence, scientists try to decipher how much of the change is natural compared to human-induced.

One clear way humans influence the Earth is through the biosystem. For instance, farming changes the biosystem. By removing natural growth and planting annual crops that are harvested, we change the system in a way that could in turn affect other parts of the Earth system. In addition, the use of nitrogen based fertilizers can increase growth rate and lead to a greening of areas that are subject to fertilization.

Another more indirect potential for humans to alter plant growth is through fertilization involving carbon dioxide. We know that humans have increased the amount of carbon dioxide in the atmosphere by approximately 40%. We also know that airborne carbon dioxide is a fertilizer for plants. So the obvious question is, “do our carbon emissions affect plant growth?”.

A new study, just out in Nature Climate Change, helps answer that question. This study focused on land areas in the northern hemisphere that were outside the tropical region. They obtained information from satellites to measure the greening of these lands areas to determine whether there was any significant change. The find that yes, in fact there is. Over approximately 30-year durations, this area has indeed gotten greener.

So, the next question is, what is causing the greening? To answer this question, the authors used computer simulations and ran them with and without human influences. When we say “human influences” we can mean many things, such as increase or decrease of farming, use of fertilizers, and airborne increase of carbon dioxide, just to name a few. The authors found that the only way the simulations matched the observations is when these human influences were included. That is, solely natural variations cannot be the cause. Not only that, but the match worked best when airborne carbon dioxide had a major role.

So what does this mean? Does it mean that greenhouse gas pollution is a good thing? Not really. Increased plant growth can have both positive and negative effects. The obvious effects are clear, such as potential improvements in farming or the increase in carbon sequestration by plants. However, increased growth occurs for both intended and unintended plants – including weeds. This could complicate farming, increase airborne allergens, and perhaps most importantly, change the flow of energy and water across the Earth’s surface in unintended ways.

Furthermore, it isn’t clear what will happen to nutritional value of food crops – even if their growth rate increases. What is also very important to recognize is that a changing climate has many things changing at once. For instance, temperatures and rainfall patterns are being altered and these two affect the growth rates.

What is really nice about this new study is how they combined satellite images and computer calculations to tease out the separate effects of human and natural variations. I communicated with Peter Thornton, one of the authors. He told me:

"The study shows that humans have caused significant hemispheric-scale changes in vegetation characteristics over the past three decades, predominantly through the physiological effects of increased atmospheric carbon dioxide concentration on plant growth.

About one quarter of the carbon dioxide placed annually into the atmosphere by fossil fuel combustion has been hypothesized to be removed through enhanced vegetation growth and accumulation of organic carbon in land ecosystems. This study provides statistically robust evidence that vegetation growth is enhanced by higher carbon dioxide concentrations. Land ecosystems insulate society from some of the consequences of our alteration of the chemical composition of the atmosphere.

We showed that increased atmospheric CO2 increases plant growth. Increased CO2 also warms the planet. Increased plant growth is the first step in a process that removes a significant fraction of the human-produced CO2 from the atmosphere, which means there is less warming than if land ecosystems were unresponsive to increased CO2. So, to the extent that planetary warming is a bad thing, the fact that plants are helping remove some of the CO2 that causes the warming is a good thing."

His point is that the Earth’s ecosystem is acting in a way to help mitigate our emissions by absorbing more of our annual release of heat-trapping gases, at least for now. That is good news."

This scientist thinks she has the key to curb climate change: super plants.

How working together for greener cities can help save the planet.