Humans to blame for warming lakes 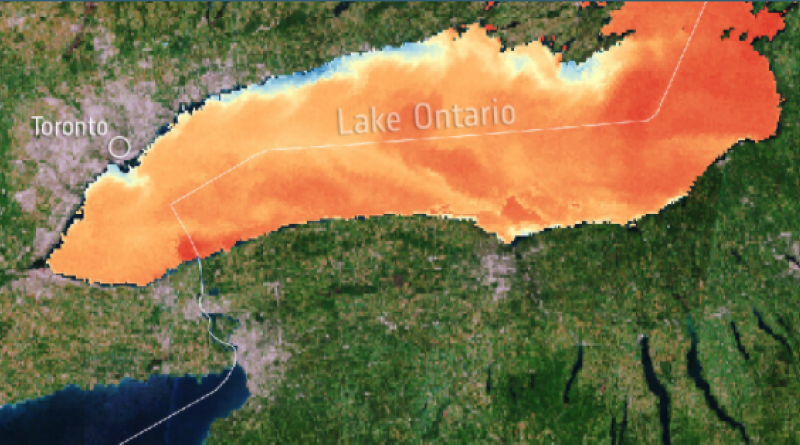 While the climate crisis is, unfortunately, a reality, it is all too easy to assume that every aspect of our changing world is a consequence of climate change. Assumptions play no role in key environmental assessments and mitigation strategies such as we will see in the upcoming UN climate change COP-26 conference – it’s the science and hard facts that are critical. New research published this week is a prime example of facts that matter. Using model projections combined with satellite data from ESA’s Climate Change Initiative, this latest research shows that the global rise in the temperature of lake water and dwindling lake-ice cover can only be explained by the increase in greenhouse gas emissions since the industrial revolution – in other words, humans are clearly to blame.

According to the paper published in Nature Geoscience, the influence of human-induced climate change is evident in rising lake-water temperatures and the fact that lake ice-cover forms later and melts sooner.

Luke Grant, from the Vrije Universiteit Brussel (VUB) and lead author, said, “These physical properties are fundamental to lake ecosystems. As impacts continue to increase in the future, we risk severely damaging lake ecosystems, including water quality and populations of native fish species. This would be disastrous for the many ways in which local communities depend on lakes, such as drinking water supply and fishing.”

The research team also predicted how things are likely to develop in the future under different warming scenarios.

The graph above shows that in a low-emission scenario, the average warming of lakes is estimated to stabilise at 1.5°C above pre-industrial levels and the duration of ice cover to be 14 days shorter. In a high-emission world, these changes could lead lake temperature to increase by 4.0 °C and have 46 fewer days of ice per year.

At the beginning of the project, the authors observed changes in lakes around the world, as depicted in the image of Lake Ontario, based on satellite-derived observations from ESA’s Climate Change Initiative lakes project.

However, the role of climate change in these trends had not yet been demonstrated.

“In other words, we had to rule out the possibility that these changes were caused by the natural variability of the climate system,” says fellow VUB researcher and study co-author Inne Vanderkelen.

The team therefore developed multiple computer simulations with models of lakes on a global scale, on which they then ran a series of climate models. Once the team had built up this database, they applied a methodology described by the Intergovernmental Panel on Climate Change. After determining the historical impact of climate change on lakes, they also analysed various future climate scenarios.

The results show that it is highly unlikely that the trends in lake temperatures and ice cover in recent decades can be explained solely by natural climate variability.

Moreover, the researchers found clear similarities between the observed changes in lakes and model simulations of lakes in a climate influenced by greenhouse gas emissions.

“This is clear evidence that human-induced climate change has an impact on lakes,” says Iestyn Woolway, former ESA Fellow and co-author of the study.

For every 1°C increase in global air temperature, lakes are estimated to warm by 0.9°C and lose 9.7 days of ice cover. In addition, the analysis revealed significant differences in the impact on lakes at the end of the century, depending on the measures we take to combat climate change.

“Our results underline the great importance of the Paris Agreement to protect the health of lakes around the world,” said Wim Thiery, VUB climate expert and senior author of the study. “If we manage to drastically reduce our emissions in the coming decades, we can still avoid the worst consequences for lakes worldwide.”