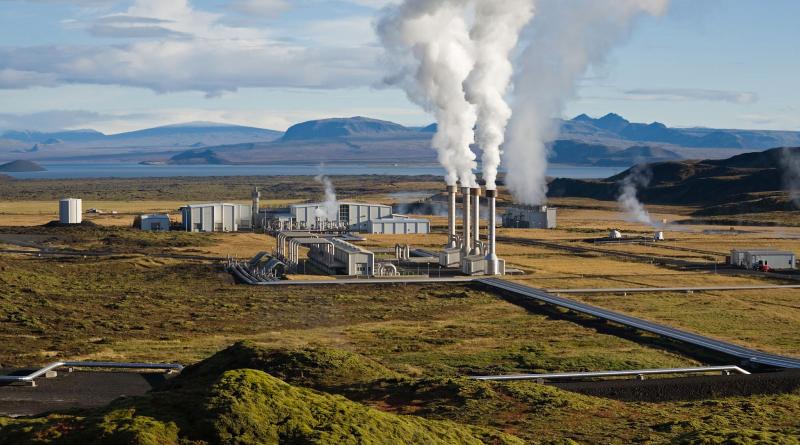 Compared to other renewable energy power generation technologies, geothermal energy has only been able to decrease cost of electricity generation slightly, as reported by IRENA. 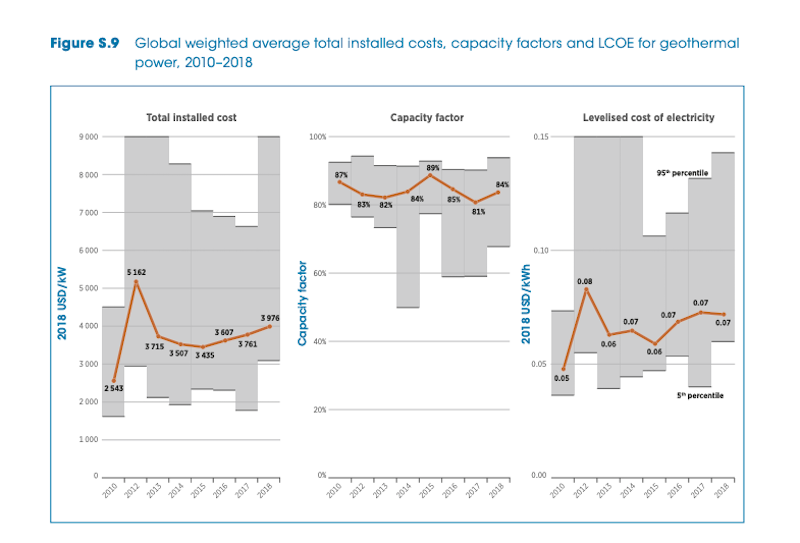 As part of its continued research on renewable energy generation cost, the International Renewable Energy Agency (IRENA) reports that geothermal energy production costs are decreasing and that where there are good resources at high temperatures, geothermal energy “can be a very cheap source of continuous cycle energy”.

In the report published by IRENA, the global weighted average cost of electricity generation from solar concentration plants has decreased by 26%, that of bioenergy by 14%, photovoltaic and onshore wind by 13%, hydroelectric of 12%, geothermal energy and the offshore wind of 1%. The report on “Renewable Power Generation Costs in 2018” can be downloaded here (pdf).

“Renewable energy is the backbone of any development that wants to be sustainable – comments the general director of Irena, the Italian Francesco La Camera – We must do everything possible to accelerate renewable energy if we want to reach the climate goals of the Agreement Paris. This study sends a clear signal to the international community: renewable energies provide countries with a low-cost solution that allows them to increase climate action. To fully exploit the economic opportunities of renewable sources, Irena will work closely with our members and key partners to facilitate field solutions and concerted actions, which will translate into renewable energy projects “.

In 2018, just over 500 MW of new geothermal power generation capacity was added. Where good high-temperature resources exist, geothermal can be a very economical source of round-theclock power. In 2018, the global weighted-average LCOE of new geothermal plants commissioned was USD 0.072/?kWh, 1% lower than in 2017. The market for geothermal remains modest, with between a minimum of 90 MW (in 2011) and a maximum of 650 MW (in 2015) of annual new capacity comissioned between 2010 and 2018. Given the small number of projects commissioned each year, the global weighted-average LCOE in any given year is heavily influenced by the site-specific characteristics of the project, as well as the country. The global weighted average LCOE of newly commissioned geothermal plants was USD  0.05/kWh in 2010, with this rising to USD  0.08/kWh in 2012, while between 2013 and 2018, the average was between USD  0.06/kWh and USD 0.07 kWh.

More specifically, in 2018, the LCOE (Leveled cost of electricity – cost of constant energy production over the entire operational life of the plant) global weighted average of the new geothermal plants commissioned was 0.072 USD / kWh, the 1% less than in 2017.

However, the development of the geothermal market remained modest, with a minimum of 90 MW (in 2011) and a maximum of 650 MW (in 2015) of new annual capacity commissioned between 2010 and 2018. Given the limited number of projects commissioned each year, the data on the global weighted average LCOE is also strongly influenced by the specific site features of the projects inaugurated each year in the different countries.

Essentially, this means that geothermal energy remains in a challenging position in markets driven primarily by price with no evaluation of the baseload capacity provided by geothermal power plants.