‘It will save the world’: Put Africa at heart of climate fightback, Cop26 told 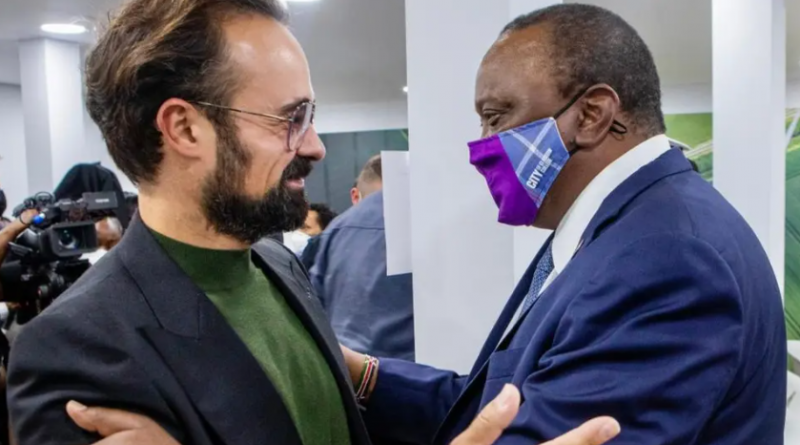 The battle against climate change can only be won if Africa’s carbon-rich landscapes are protected for future generations, delegates at the Cop26 climate summit were told on Wednesday at an event co-staged by The Independent.

The session at the Glasgow summit was convened by Lord Lebedev, shareholder of The Independent, and the Kenyan president Uhuru Kenyatta.

Attendees were told by leading African politicians, including Gabon’s climate-change minister and Uganda’s and Rwanda’s ministers of environment, how protecting Africa’s carbon-rich landscapes must be at the heart of the global climate fight – and in a way that works for the people of Africa.

Halting deforestation, particularly in carbon-rich, tropical forests, has emerged as a key theme at Cop26.

On Tuesday more than 110 leaders – representing 85 per cent of the planet’s forests – signed a declaration committing to halt and reverse deforestation by 2030.

Wednesday’s event at the African Development Bank’s Cop26 pavilion, which was co-staged with the conservation charity Space for Giants under its Giants Club initiative, was to draw attention to the value of Africa’s carbon sinks and launch an initiative to fast-track the development of their offset sectors across the continent via national investment processes.

Evgeny Lebedev told the audience how he had first learned the value of protecting nature as a child during trips with his grandfather, Professor Vladimir Sokolov, a Soviet scientist and environmentalist, on zoological expeditions to Africa.

“Nothing could have been more fascinating to a young boy than seeing all these amazing animals in iconic landscapes,” he said.

He contrasted this with another trip he undertook with his grandfather: this time to Chernobyl, three years after the nuclear meltdown.

“I first realised how much mankind was hurting the planet and themselves as a result,” he said. “Today, the outcomes of humanity’s crimes against the environment are visible to us all.”

It was particularly important to protect crucial ecosystems such as the Congo River Basin, he emphasised.

“Unlike other tropical rainforests, the Congo still remains a strong net-carbon sink. We must not repeat the Amazon’s deforestation catastrophe. We must preserve iconic landscapes helping to sequester carbon.”

President Kenyatta celebrated the work done by Space for Giants’ Giants Club initiative to protect under-threat landscapes. “I want to appreciate the Giants Club for the investment that they have made into that endeavour.”

On expert advice, South Africa cuts its 2030 emissions cap by a third

US, UK and EU will help fund South Africa's coal phaseout, offering a model for the developing world