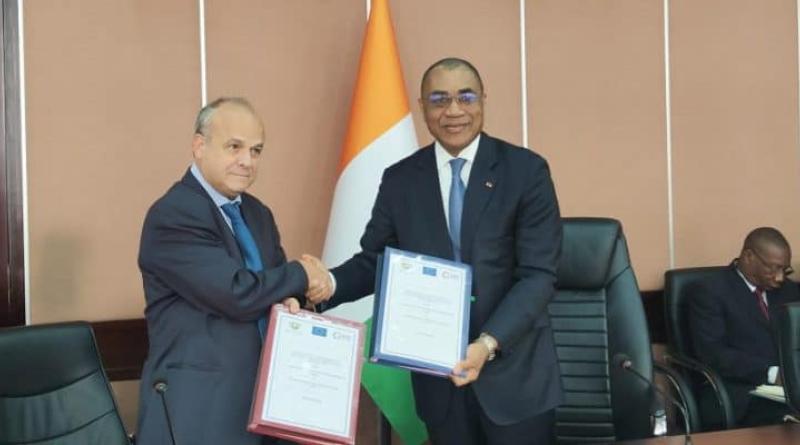 The Ivorian government is signing agreements with the European Union (EU) and the French Development Agency (AFD) to provide €6.89 million in funding. The funds will be used to finance a project aimed at electrifying rural areas.

The financing agreement was signed recently in Abidjan between Adama Coulibaly, the Ivorian Minister of Economy and Finance, Jean-Christophe Belliard and Jobst von Kirchmann, the ambassadors of France and the European Union (EU) in Ivory Coast. The EU is providing €6.89 million in funding for rural electrification through AFD.

The grant is awarded within the framework of the Promotion of Access, Smart Grids and Solar Energy project (Paris). Launched by the Ivorian government in 2019, this project covering the whole of Ivory Coast should make it possible to increase investment in the energy sector through two components, including the one devoted to rural electrification which benefits from EU financing.

“This financial contribution is in addition to the initial financing of the Paris project, amounting to 98 million euros, signed on 28 January 2021 with AFD,” says Adama Coulibaly. According to the Ivorian Minister of Economy and Finance, the funding recently granted by the EU will allow the electrification of 185 localities.

The grant of 4.5 billion CFA francs will pre-finance the cost of connections for 13,000 households in rural and peri-urban areas. These achievements will support the Ivorian government’s goal of achieving universal access to electricity by 2025. Currently, this West African country has a rate of 70% according to the World Bank’s 2020 report.

The other part of the Paris project concerns the construction of a 20 MWp pilot floating solar power plant on the Kossou dam reservoir. The project, which is currently subject to a call for tenders, is intended to reduce greenhouse gas emissions (GHG) from the electricity sector, thereby strengthening Ivory Coast’s contribution to the Paris Climate Agreement.

MOZAMBIQUE: Plastic bags to be banned by 2024