James Lovelock: 'The biosphere and I are both in the last 1% of our lives' 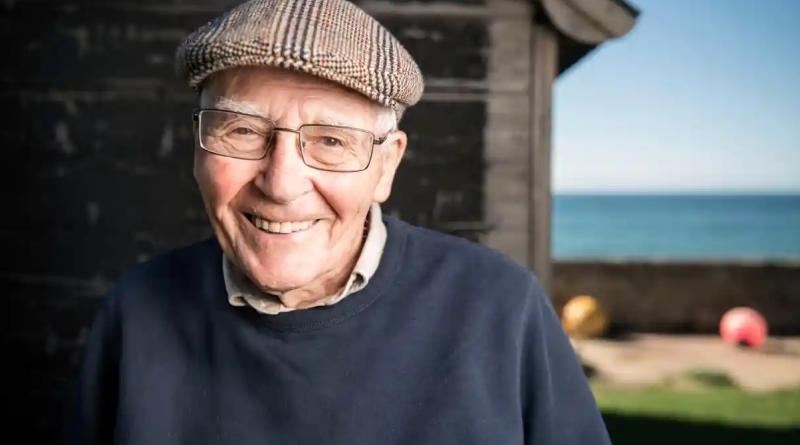 On the eve of his 101st birthday, the father of the Gaia theory discusses Covid-19, extreme weather… and freezing hamsters

James Lovelock is best known as the father of Gaia Theory, the revolutionary idea that life on Earth is a self-regulating community of organisms interacting with each other and their surroundings. An independent scientist who eschews the academic establishment, he has variously been described as a maverick, prophet of doom, environmental philosopher and Gandalf. This month, he turns 101, but shows little sign of slowing his intellectual output. A paperback version of his latest book, Novacene, will shortly be released and he is working on a follow-up.

Fourteen years ago, you predicted that extreme weather would become the norm and the world would see more disasters in 2020. The first half of this year has seen a global pandemic, the first temperatures over 100F in the Arctic Circle, immense fires in Australia and Siberia, and plagues of locusts in Africa and South America. Do you feel vindicated as a scientist or disappointed as a human that your apocalyptic words have proved prophetic?
It’s all pretty obvious really, but you never know when you have got things right until quite a long time afterwards because a surprise can turn up. Besides, I’m not a scientist really. I’m an inventor or a mechanic. It’s a different thing. The Gaia theory is just engineering written very large indeed. I mean you have got this ideal rotating ball in space, illuminated by a nice standard star. Up until now, the Earth system has always kept things cool on the Earth, fit for life, that is the essence of Gaia. It’s an engineering job and it has been well done. But I would say the biosphere and I are both in the last 1% or our lives.

Is the virus part of the self-regulation of Gaia?
Definitely, it’s a matter of sources and sinks. The source is the multiplication of the virus and the sink is anything we can do to get rid of it, which is not at the moment very effective. This is all part of evolution as Darwin saw it. You are not going to get a new species flourishing unless it has a food supply. In a sense that is what we are becoming. We are the food. I could easily make you a model and demonstrate that as the human population on the planet grew larger and larger, the probability of a virus evolving that would cut back the population is quite marked. We’re not exactly a desirable animal to let loose in unlimited numbers on the planet. Malthus was about right. In his day, when the human population was much smaller and distributed less densely across the planet, I don’t think Covid would have had a chance.

How will lockdown affect this prognosis?
After this virus, I suspect quite a hefty change will be discernible. I think people will discover all sorts of things they can do that they didn’t do before. Maybe they’ll realise it is not such a good idea to get fat; that much of the suffering they get in middle age and later life is caused by just eating too much of the wrong sort of food. I always find it fascinating how the statistics illustrate that the health of the nation was enormously better at the end of the second world war than it was at the beginning.

Early in your career, you did some research in this field…
The first work I did after university was with the Medical Research Council in the department run by the discoverer of the influenza virus, Sir Christopher Andrewes. My job was to measure the number of droplets caused by coughing and sneezing in underground shelters during the second world war. There had been a deadly influenza virus at the end of the first world war and they were mortally afraid of that starting again because the tube was crammed with people.

I read that it was at the Medical Research Council that you invented the electron capture detector…
Yes, we developed a method of freezing hamsters so they were lumps of ice that you could bang on the table. Then we would bring them back to life in one of the first microwave ovens that existed. It turned out the reasons the hamsters could survive and other animals could not was that their fat had freezing points well below that of water. I asked my colleague Archer Martin, who invented gas chromatography, if he could analyse these things for me. When he saw the size of the sample, he said: “Only if you could invent a more sensitive detector for me.” I went away and in two weeks, I came back with two detectors, one of which was the first commercial one used with gas chromatography around the world and brought in quite a bit of money for the HMRC. The other one was the electron capture detector which later revealed the presence of ozone-depleting gases in the stratosphere and pollutants like PCB in the air, soil and water.
It was because of this that I was probably the first person in Britain to be asked by Nasa to help them with the moon and Mars landings. My device weighed only a few grammes and was more sensitive than anything else and used almost no power at all. They thought: “Great, this is what we need. Come over to the States.” So I did.

The French philosopher Bruno Latour recently told me your invention of the electron capture detector revealed truths about life on this planet in the same way that Galileo’s telescope revealed truths about the universe. Did you realise how important the device would become?
I had no idea at the time. Latour is completely right, but I didn’t see it in that way at first because Galileo’s discovery is much more direct. If you see the moon and the planets orbiting the sun in such and such a way with your telescope, you can come to conclusions about the whole system. With the Earth, if i went to my cottage in Ireland and measured the emissions coming from Laminaria saccharina – a straplike seaweed that releases iodide compounds – I couldn’t jump immediately from that to a theory of how the Earth regulates itself. That is many steps further on. It is just a bit of evidence about the chains of life. As those bits of evidence gradually build up, you get a story like Gaia forming.

Latour believes the establishment struggles to accept your ideas because they are such a conceptual leap. He believes the shift from Galileo to Gaia is as big as that from Aristotle to Galileo. But very different, of course. While Galileo opened exploration into an infinite universe, you revealed we are in a closed, very precarious system that we need to stabilise. Do you think people are willing to acknowledge this?
I would love to be able to speak to Galileo to understand how he felt. We were both loners who met a lot of opposition. I think Galileo’s problem was largely with the church rather than people at large. It was so contrary to their dogma that they hated it. I have felt for some time that the universities are getting dangerously like the early church. They have dozens of different sects and they are quite proud if you belong to one of them: if you are a chemist you often don’t know anything about biology and so on. This is why ordinary university science is not really helpful because the department looking at seaweed would not be the same as the one looking at methyl iodide. It is a division into bits. It’s time universities were revolutionised and had much more common thinking. It’s amazing how much objection there is to Gaia. I’m wondering to what extent you can put that down to the coal and oil industries who fought against any kind of message that would be bad for them.

If Gaia theory were better understood, could it be the basis for a creed that fills in the gaps that religion used to fill in terms of living well, living for others, living for future generations?
I think in a way you are right. Nobody fully comprehends Gaia and that includes me, but it’s an easier thing to understand than God and religion. You just have to take those for granted. But with Gaia you can go out in the world and start measuring things.

Are you at all religious?
No, I was brought up a Quaker. I was indoctrinated with the notion that God is a still, small voice within rather than some mysterious old gentleman way out in the universe. Intuition comes from that voice within and is a great gift for inventors.

Do you believe humanity can invent something to stabilise the climate?
Well, we better had or we are doomed, but we are doing the opposite by burning fossil fuels. I always advocated nuclear as a good and cheap and sensible way of getting energy especially now that thorium is available as a fuel. But too many people hate it. I like Edward Teller’s suggestion of a sunshade in a heliocentric orbit that would diffuse a few percent of sunlight from the Earth. You would hardly notice it was there. If it could be done, and I think a big Nasa programme could almost certainly do it, it could save our bacon. It seems a more outrageous and difficult proposition than other geoengineering projects like putting sulphur into the stratosphere, but I prefer it. You could make it so that if anything went wrong it would automatically collapse. But overall, I don’t think we should start messing about with the Gaia system until we know a hell of a lot more about it. It is beginning to look as if renewable energy – wind and solar – if properly used, may be the answer to the energy problems of humanity.

You turn 101 years old on 26 July. How will you mark your birthday?
It won’t be anything like the party last year or we would be broke. But we will celebrate. If the weather is good, we will go for a walk. My wife Sandy and I go out for a two- to three-mile walk most days, along the coast or up the hills. I’ve been one of the lucky ones who enjoyed lockdown because there are fewer people and no parked cars. And I may work on my next book, which I am deep into now. It is about evolution, particularly evolution of humans. Humans are evolving rapidly. We have changed from a tribal animal into a city animal. Look at most insects and they have trod that path already. There is plenty to write about.

Novacene by James Lovelock will be published in paperback by Penguin on 30 July (£9.99)

Lord of the Rain: one man's fight against climate catastrophe