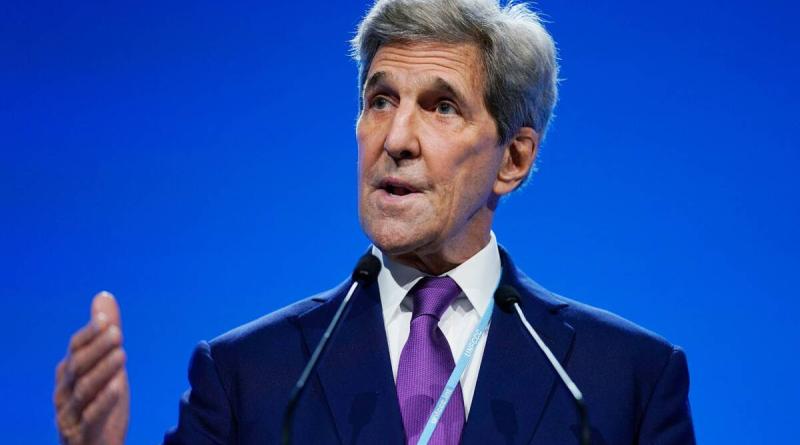 At the United Nations climate summit in Glasgow, Scotland last fall, negotiators from nearly 200 countries agreed to revisit — and potentially strengthen — their climate pledges this year.

But more than five months later, U.S. climate envoy John F. Kerry does not see proof that nations are following through on that crucial commitment before the next U.N. climate summit in Egypt in November.

You can read Brady's full Q&A with Kerry here. But if you're short on time, here are our top takeaways from the conversation, which came after Kerry attended the Oceans Conference in Palau:

THE WAR IN UKRAINE IS DISTRACTING FROM CLIMATE ACTION

Kerry acknowledged that the war in Ukraine has prompted calls to produce more oil and gas to replace Russian energy — a move that could undermine progress toward slashing planet-warming emissions.

“What’s happened in Ukraine has not helped to concentrate people on reducing [emissions],” he said. “It’s concentrated people on trying to find substitutes for Russian gas and to meet higher levels of production because of low supply. But it obviously does interrupt the momentum that we had created coming out of Glasgow.”

In the United States, President Biden has taken several steps in recent weeks that could lower gasoline prices in the short term but worsen climate change in the long term. He has authorized a historically large release from the Strategic Petroleum Reserve, resumed selling leases to drill on federal land and waived an environmental restriction to allow summer sales of ethanol-based gasoline.

Biden has pledged to slash the nation's greenhouse gas emissions by 50 to 52 percent by 2030. Kerry said that while the United States probably won't strengthen this pledge under the Paris agreement, America does need to figure out how it will achieve this ambitious goal in less than a decade.

“I think our [national pledge] is strong enough for the 2030 target, but I think we need to review how we’re going to get there more,” he said. “I think there’s got to be some taking stock right now of what’s happened to us in terms of the Ukraine situation, the gas demand, the production levels — and we’ve got to take a hard look at it.''

KERRY PLANS TO STAY IN HIS ROLE

White House national climate adviser Gina McCarthy is preparing to leave her post, although no final decisions have been made, people familiar with her plans told The Washington Post and other news outlets last week.

“I haven’t made any other plans at this point in time other than to keep working away,” he said. “We’ll see what happens. We’ll see where we are. I’m not going anywhere right now.”

Kerry made similar comments in an interview with CNN last month, saying he plans to stay in his post through the next U.N. climate summit in Egypt, known as COP27.

BUILD BACK BETTER WILL INFLUENCE U.S. CREDIBILITY IN EGYPT

Biden's sweeping climate and social spending bill, formerly known as the Build Back Better Act, has stalled in Congress amid opposition from Sen. Joe Manchin III (D-W.Va.) and Republicans.

But Kerry said that Biden “remains committed” to getting the legislation over the finish line before COP27, noting that America's credibility at the conference depends on it.“Joe Manchin has said publicly that he supports an appropriate energy [and] climate bill,” Kerry said. “And obviously, our hope is that something can happen in the next days. But there’s no debate over the fact that our diplomacy will be affected by what we do or don’t decide to do in that regard.”