A Just Climate Transition for Africa. 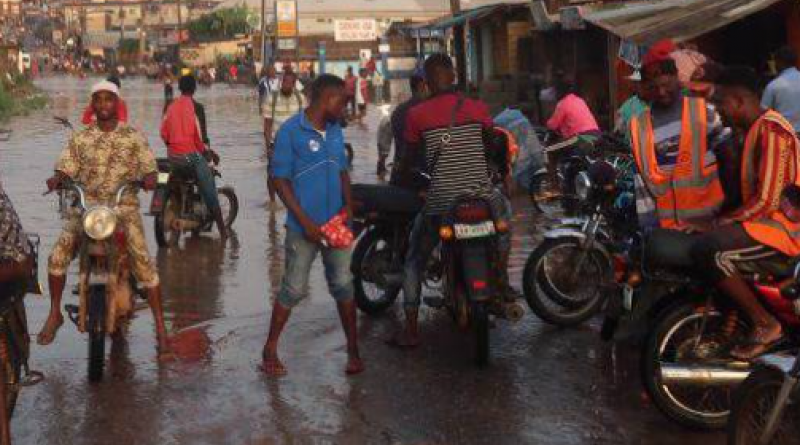 In 2021, developed countries must work with low-income, developing, and emerging economies to chart a path toward a low-carbon future – and clear barriers to progress. This means, first and foremost, delivering the funding they promised.

ABUJA – From sweltering heatwaves to disrupted harvests, Nigerians are already feeling the effects of climate change, and the country’s fast-growing young population is working hard to develop innovative solutions to the escalating crisis. But climate change is not a challenge any country can tackle alone.

African countries, in particular, should not have to try. After all, although Africa is among the world’s most vulnerable regions – recurring droughts in Sub-Saharan Africa have already caused the share of undernourished people in drought-prone countries to grow by 45.6% since 2012 – it bears the least responsibility for the problem.

Moreover, in Benin, Ivory Coast, Senegal, and Togo, rising sea levels and increasingly intense storms have eroded coastlines, imposing costs exceeding 5% of these countries’ combined GDP in 2017. As the effects of climate change disrupt societies and destroy livelihoods, conditions for conflict ripen, with destabilizing effects that are rippling across the region.

Meanwhile, the developed economies, which bear the lion’s share of responsibility for climate change, largely ignore what is happening in Africa, refusing to take action on the scale that is needed. As a Nigerian proverb says, the roof fights the rain, but the person who is sheltered ignores it.

But those in the advanced economies who still feel protected from climate change will soon find that their roofs are leaking. And if Africa is already suffering, the devastation will be that much worse. The COVID-19 pandemic is far from being the only shared challenge we face in an interconnected world.

To be sure, the advanced economies pay plenty of lip service to climate cooperation. In 2015, the Paris climate agreement raised hopes that world leaders were finally ready to put the planet’s well-being ahead of short-term political interests by pursuing decisive, cooperative climate action. But after five years, the gulf between promises and actions is wide.

It is not too late to change course – but it soon will be. This is the year when the world must unite to respond jointly to the climate crisis. Developed countries must work with low-income, developing, and emerging economies to chart a path toward a low-carbon future and clear barriers to progress.

This means, first and foremost, delivering sufficient funding, so that developing countries can invest in climate-change mitigation and sustainable economic development. There is no shortage of will in developing countries, which have put forward ambitious nationally determined contributions under the Paris climate agreement. But we are not receiving nearly enough support to deliver on them fully.

Under the Paris climate agreement, the world should have been mobilizing $100 billion per year by 2020 to address the needs of developing countries. That has not happened. Climate-change mitigation will cost developing countries an estimated $600 billion per year. But many of them lack access to adequate liquidity and capital streams. And many of the large-scale climate funds that do exist fail to account explicitly for climate justice and neglect the specific needs of poor and vulnerable communities.

This precludes the kind of progress African countries are working so hard to make. For example, Nigeria – an oil-rich country – decided last year to scrap fossil-fuel subsidies and introduced a $250 million investment plan to contribute to national strategies for sustainable, low-carbon development. But, while we did receive some financing from the World Bank’s Clean Technology Fund, our plan remains underfunded.

Overall, Africa is the region with the biggest climate funding gap. Unless this changes soon, clean energy will account for only 10% of new power generated in Africa in 2030.

Against this background, recent and upcoming multilateral meetings are crucial. First, on March 31, the United Kingdom hosted a Climate and Development Ministerial conference that placed “access to climate finance” at the top of its list of priorities. And in the coming days, leaders from the International Monetary Fund and the World Bank will gather in Washington, DC, for their annual spring meetings. There, Nigeria will make the case for larger, more predictable flows of finance, and call on donors to meet their commitments under the Paris climate agreement.

We in Africa will be looking for leadership in other key venues this year as well. These include the Commonwealth Heads of Government Meeting in Rwanda in June, the G7 summit in the UK in June, the G20 summit in Italy in October, and the United Nations Climate Change Conference in Glasgow in November.

Many of the technologies we need to build sustainable economies already exist. Renewable-energy technologies are developing rapidly. Countries are greening heavy industry and agriculture, and implementing clean transport systems. Africa – which is already grappling with rising joblessness, hunger, and unrest – must be given the resources to do the same.