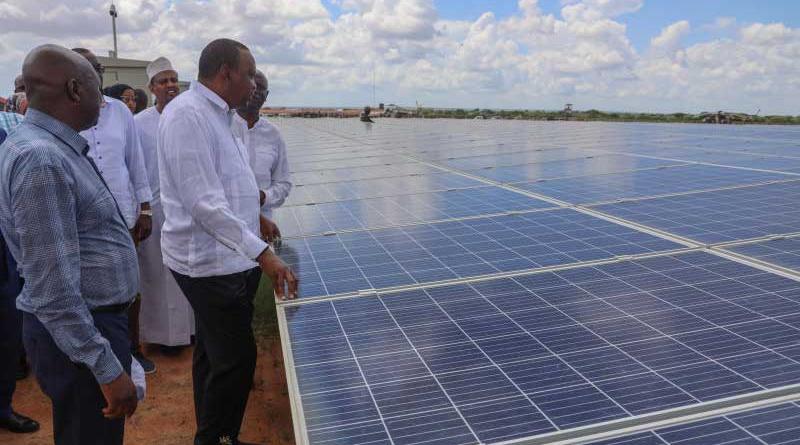 The robustly growing Kenyan market for solar home systems has continued to have positive impact on the socio-economic fabric of our society. Indeed, according to a recent World Bank-funded study, Kenya has now become the world’s second largest stand-alone solar home systems market after India, with millions of our citizens benefiting from off-grid lighting solutions.

Since 2009, nearly 6.2 million solar products have been sold in Kenya. Of those, 3.41 million solar home systems were sold between 2016 and 2018, providing improved energy access to almost 14 million people as of December 2018. In the first half of 2019, record sales of almost one million units were made, demonstrating the pace with which the country has embraced off-grid solar solutions.

The tremendous growth is an outcome of the government’s effort through the Ministry of Energy, and with support of IFC and the World Bank through Lighting Africa Programme, to put in place a regulatory framework that facilitates private sector investment in this sector. One of these measures was zero-rating of duty on imported solar-related products.

In addition, the adoption of innovative pay-as-you-go models has increased uptake of solar products that are not only being used to light homes but also to charge and power appliances for domestic and economic production. Further, the adoption of national standards for solar products has ensured that the market is offering quality products.

The adoption of off-grid solar is expected to grow exponentially following the roll-out of the Kenya Off-Grid Solar Access Project (Kosap). This is an initiative that among other things, supports solar companies to spread their footprints to the under-served counties that are classified as marginalised by the Commission on Revenue Allocation.

The Ministry of Energy, with the support of the World Bank, is implementing the Kosap that is offering incentives to solar companies who ordinarily would shy away from investing in the vast counties.

It is expected that by the end of the project, about 250,000 stand-alone solar home systems will be sold in these counties alone. In addition, Kosap will facilitate establishment of mini grids, electrification of public facilities and equipping of boreholes with solar pumps as well as the sale of 150,000 clean cooking appliances.

The growth of the off-grid solar market is guided by a strategic decision by the government, anchored under the Kenya National Electrification Strategy that seeks to facilitate universal access to electricity by 2022.The strategy recommends the least cost options of increasing connectivity to all Kenyans and recognises that grid intensification as well as densification would still leave some parts of the country without electricity.

The use of off-grid solar, mainly stand-alone home systems as well as mini-grids, becomes the most realistic option to provide reasonable access to electricity to the dispersed populations in the marginalised areas.

Arising from the successful use of solar for electrification, Kenya is set to host the 6th Off-Grid Solar Forum and Expo, from February 18 to 20. This event will bring together over 800 delegates and exhibitors from all over the world.

As we welcome delegates to the expo, it is our hope that the outcome of the forum will lead to accelerated development of the off-grid solar market and ultimately contribute to the achievement of universal energy access.

- The writer is the Cabinet Secretary, Energy